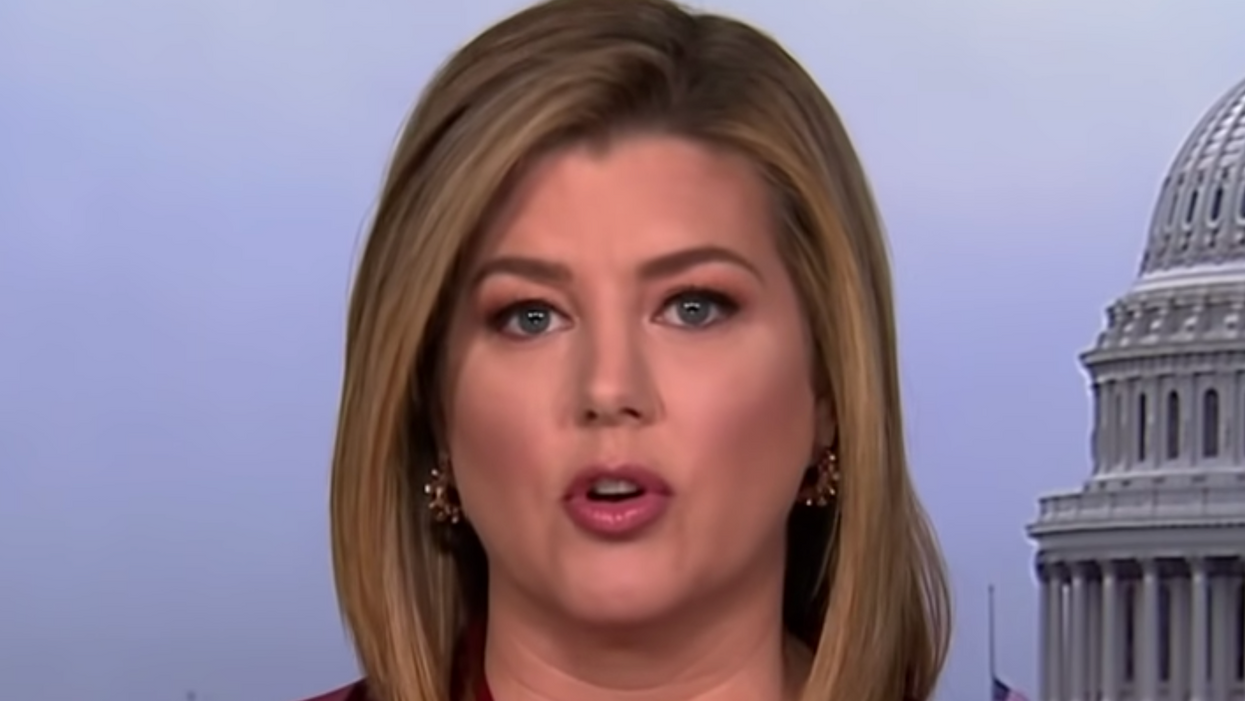 During the final days of his presidency, Donald Trump's critics are blaming him for the storming of the U.S. Capitol Building on January 6 by far-right extremists. But CNN's Brianna Keilar, in a blistering commentary this week, stressed that Trump was appealing to extremists long before January 6 — and she made her point by airing a supercut video devoted to Republicans who called out Trump as dangerous and unhinged in 2016 before they became obsequious Trump sycophants.

The video shows clips of Sen. Lindsey Graham of South Carolina, Sen. Rand Paul of Kentucky, Fox News pundit Kayleigh McEnany (who went on to became White House press secretary), Sen. Ted Cruz of Texas, then-South Carolina Gov. Nikki Haley and former Texas Gov. Rick Perry lambasting Trump in 2016. All of them, Keilar noted, "went on to broadly support or work for Trump's administration — ignoring his nods to extremists, acting like they didn't see his tweets, playing whataboutism with liberals instead of acknowledging the uniquely troubling nature of President Trump. And all of that emboldened him to fulfill the predictions of these Republicans who sounded the alarm on Donald Trump and then pretended, for years, that it wasn't going off."

Keilar went on to say, "Of all the Republican predictions, (Sen.) Marco Rubio's might have been the most prescient of all of them." The CNN anchor showed a 2016 clip of Rubio saying, "There's only one presidential candidate who has violence at their events." But that, Keilar told CNN viewers, was before Rubio "drank the Kool Aid."

Keilar added that after Trump won the 2016 election and became president, only one Republican senator, Utah's Mitt Romney, truly "stood up to" him.

"Mitt Romney was the lone Republican who voted to convict Trump in his impeachment trial, and he has been living on an island all by himself, standing up to the president," Keilar explained. "No one visits, not even for a long weekend. Some say they might, like Sen. Susan Collins, Lisa Murkowski and Ben Sasse. But they don't really mean it, and they don't."

Keilar continued, "Romney predicted disruption and worse with Trump supporters gathering in Washington, and as senators were being evacuated from the Capitol, he summoned a reporter from the New York Times, and he told him, quote, 'This is what the president has caused today, this insurrection.' The day before the siege on the Capitol, Romney was heckled at the airport as we traveled to Washington to vote to certify Joe Biden's Electoral College win. A lot of Republicans decided they didn't want to live with that, but now, they will have to live with themselves — knowing that before they were sycophants, they were psychics."

Keilar: GOP ignored their own warnings about Trump youtu.be