Trump's acting secretary of defense is either incompetent or a traitor. He must be removed 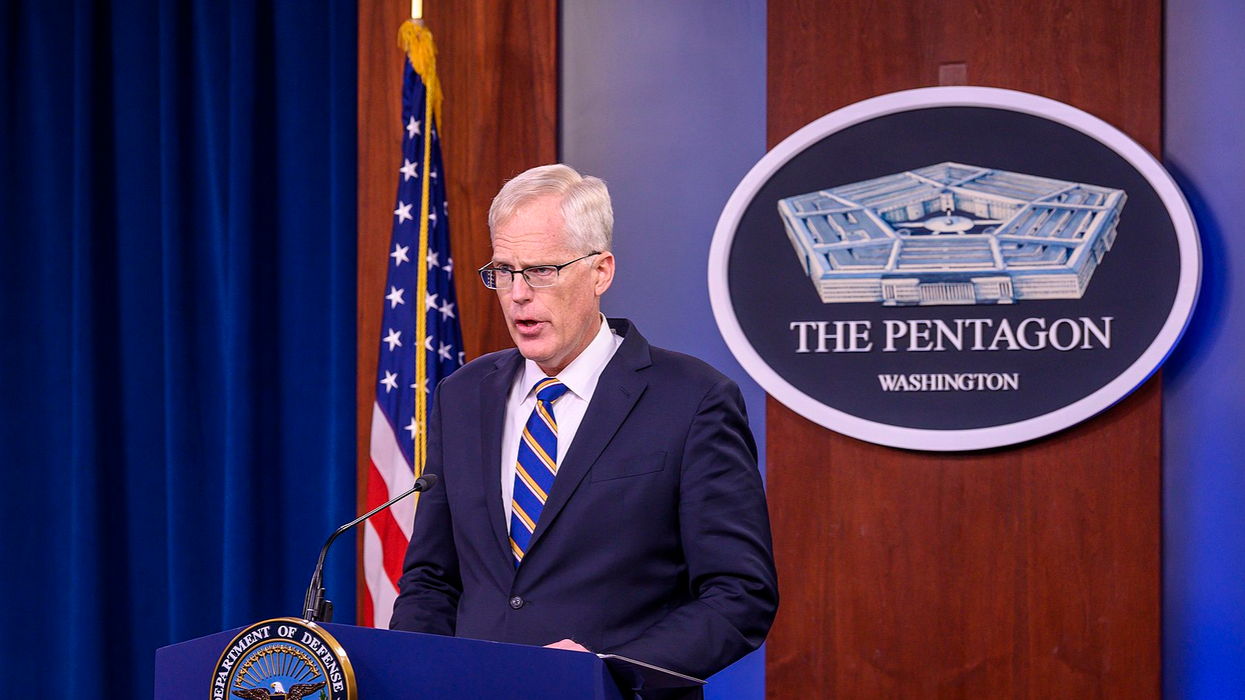 Twenty years after 9/11, when part of the Pentagon itself was destroyed in a terrorist attack intended to decapitate United States military leaders, the federal reaction to a new act of terrorism on American soil proved so incompetent as to defy description. As mobs chanted demands that the vice president be killed and hunted congressional leaders like House Speaker Nancy Pelosi and Senate Majority Leader Mitch McConnell, Capitol Police officers were left on their own, without help, and no word on when help would arrive.

A large part of that was due to what appears to be no substantive response from the Department of Defense as this nation's top lawmakers hid from terrorists in the halls of the U.S. Capitol. And it now appears that that inaction, by Trump Secretary of Defense Christopher Miller, very nearly caused the fall of the U.S. government. And that, regardless of intent, is an inexcusable failure. Miller has proven unfit for his office, at best. His failure to respond to a terrorist attack in any substantive way endangered the entire country; during a national crisis, he proved at best incompetent.

He must be removed from his post immediately for that failure alone. It may be more important to remove "acting" Secretary of Defense Christopher Miller from his post than it is to remove Trump himself; while Trump worked to provoke the attack, during an assembly of known-violent extremists known to law enforcement as potential domestic terrorists, it is Miller that decapitated the nation's response to the insurrection as terrorists hunted officials inside the breached halls of Congress.

A later investigation will determine whether Miller's intent was treasonous. There is no interpretation of the facts, however, that can justify Miller's disgraceful failure to mount a response to an ongoing terrorist act. He cannot remain in his post.

As we learn the true events of last Wednesday's attempted coup, the true nature of both the attack and the horrific lack of federal response are becoming clear. We now know that the attack was not spontaneous; within the larger crowd of willingly violent Trump allies, a subset was armed, knew where they were going, and intended to execute Vice President Mike Pence, House Speaker Nancy Pelosi, and other Trump opponents. As calls for backup from Capitol Police, lawmakers, and congressional staff went unanswered, the assassins came very close to succeeding.

We also know that top Trump administration officials knew in advance of the threat to the Capitol, but downplayed threat assessments given to the Capitol Police and to Congress so as to justify a far weaker law enforcement presence than for any other major (or even minor) planned mass protest. This lack of preparation comes after a Trump administration gutting of Department of Homeland Security intelligence officials, part of a larger purge of officials deemed insufficiently loyal to Donald Trump.

But perhaps the most consequential actions were by newly appointed Trump Secretary of Defense Christopher Miller—the same Christopher Miller that President-elect Joe Biden called out for blocking national security briefings to the incoming administration. The timeline now makes clear that even long after Capitol Police had reported multiple officers injured and the Capitol building being overrun, Miller still took no significant action.

According to the timeline of the Wall Street Journal, officer injuries were reported at 1:18pm. By 1:41, Capitol Police were overrun. Capitol Police chief requested National Guard support at 2:22pm, one of numerous officials to do so—many hiding inside the building awaiting immediate help.

It was not until 5:45pm formally approved the dispatch of the Maryland National Guard. The delay in response? Hours.

It is difficult to imagine that, after two decades of security theater and an unending list of curtailed public freedoms after 9/11, the federal response to an actual terrorist assault on the U.S. Capitol could consist of exactly nothing, for hours, as congressional security forces fought by themselves to protect national leaders from execution. It is impossible to imagine—and yet it happened, and many days after the attack, neither Miller nor any other executive branch appointee has deigned to so much as brief the public on how such a massive failure could have taken place. We were under the impression federal forces were competent enough to defend from even far larger terrorist attacks. We were wrong.

Even with ample advance notice of the threat, even after the attackers had used social media to publicly plan their assault, brag about their weaponry, and announce their intent, the terrorists remained unimpeded by federal forces for hours.

We were told that the security precautions that have justified the aggressive paramilitary treatment of American protesters for decades was for security purposes, to keep the nation safe: Met with an actual terrorist attack, the same forces stood down.

Either we have been lied to, and for decades, or Chris Miller and other administration leaders willingly looked the other way as an attack on this nation's capital unfolded. It is almost certain to be both.

Acting Secretary of Defense Miller must answer for his apparent role in defeating a timely response to an insurrection. He, and his Department of Justice counterparts, must answer for the lack of backup outside and inside the designated target of a mass gathering of known insurrectionists—and, especially, for the inability to muster such backup even as McConnell, Pelosi, Pence, and other leaders hid in offices as their own security teams made clear that inaction could lead to executions.

It is not forgivable, or recoverable. Miller operated either with an assumption that the terrorists were not who they plainly self-identified to be—and remember, there was no reason to believe that foreign actors could not have been mingling with the crowd, carrying out their own missions or assisting American counterparts in identifying routes and strategies—or Miller willingly sat on his hands as the attempted coup unfolded.

In prior remarks, Joe Biden singled out the Department of Justice and Department of Defense as the two agencies where political hires were continuing to stonewall national security briefings of the incoming administration. It should not go without notice that these were the two agencies responsible for assessing the risk to the Capitol in advance and providing backup and rescue services when it became necessary—and that both of those teams failed, spectacularly and perhaps deliberately, in both tasks. In a recent open letter, all living ex-secretaries of defense condemned Trump's attempt to overturn the election results and warned, specifically, that military leaders could be charged with crimes for abetting them. It was an unprecedented warning amid a sea of unprecedented warnings. And it was prescient.

It is now necessary to ask whether Chris Miller mounted an incompetent response to a terrorist attack because he truly is incapable of his job, or whether he did so in a conspiracy siding with the terrorists. That is how horrific his response is. That is how unthinkable the actions of top federal leaders are. We need not await an answer before acting: Whatever may have occurred, it was so damaging to the nation that Miller cannot remain in his post another moment. He must be removed.