Watch: Shocking video of Capitol insurrection shows rioter saying Ted Cruz 'would want us to do this' 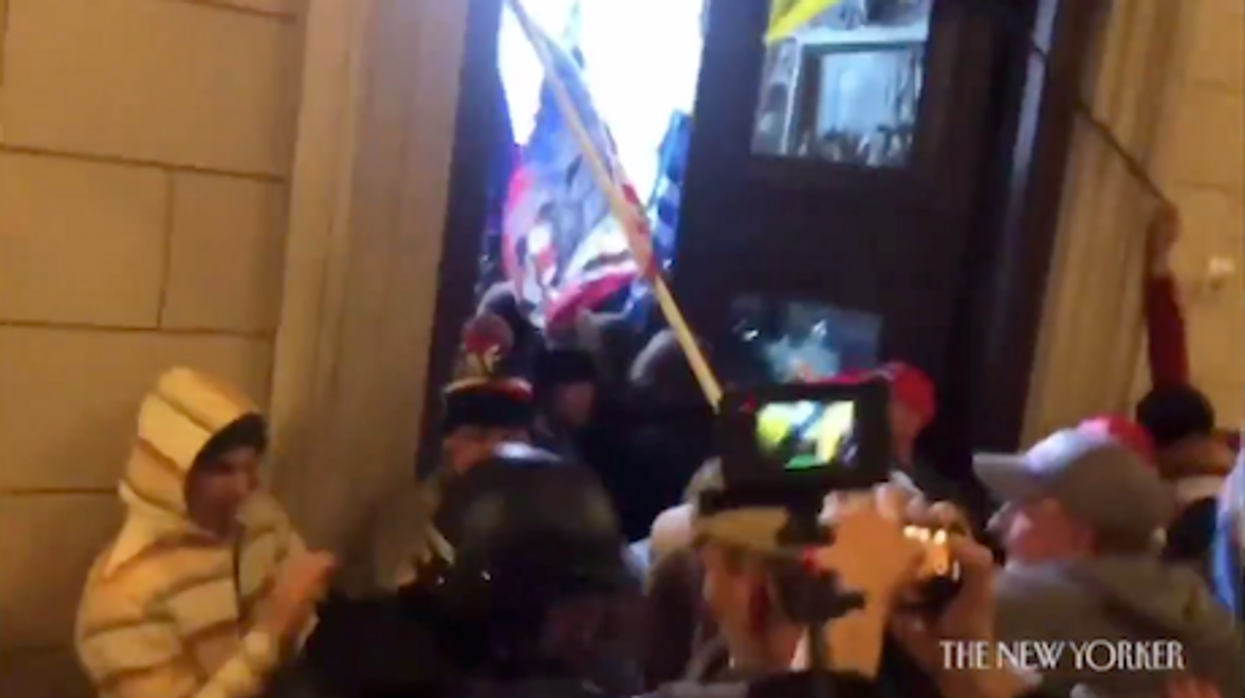 Some Trump supporters in right-wing media insist antifa activists played a prominent role in the storming of the U.S. Capitol Building on January 6, but video after video has made it abundantly clear that the violence came from a passionately pro-Trump mob. And one of the Trump allies who rioters mentioned while ransacking the Capitol Building that day made it clear he thought he was following the wishes of Sen. Ted Cruz of Texas.

Cruz joined President Donald Trump in promoting the false claim that the outgoing president lost to President-elect Joe Biden in November because of widespread voter fraud. In video of the attack that has been released by The New Yorker, a man can be seen looking through a binder on the Senate floor and saying of Cruz, "Look, 'objection to counting the electoral votes of the State of Arizona.' He was gonna sell us out all along."

Although the storming of the Capitol Building delayed the certification of President-elect Joe Biden's Electoral College victory, it didn't prevent it. The joint session of Congress later resumed, and Cruz voted to object to the electoral vote in Arizona.

The two men, in the video, can be seen continuing to look through the binder on the Senate floor, and one of them said, "There's gotta be something in here we can fucking use against these scumbags. This is a good one, him and Hawley or whatever. Hawley, Cruz."

The other man responded, "Hawley, Cruz? I think Cruz would want us to do this…. So, I think we're good."

Luke Mogelson, a veteran war correspondent, followed the rioters inside the Capitol on Jan 6. and captured the clea… https://t.co/Z3NnkrrPAb
— philip lewis (@philip lewis)1610895857.0

The "Hawley" they were referring to was Sen. Josh Hawley, a Missouri Republican who has drawn widespread criticism for contesting Biden's electoral college victory on January 6 — and for a photo that shows him waving at the MAGA mob before he entered the Capitol Building and expressing his solidarity.

The video shot by The New Yorker's Luke Mogelson also shows rioters, as they break into the Capitol Building, telling several police officers, "You're outnumbered, there's a fucking million of us out there. And we are listening to Trump, your boss."

Another one of the rioters can be seen saying, "Where's fucking Nancy Pelosi? Where the fuck is Nancy?" And another expresses his disdain for antifa, saying, "You afraid of antifa? Well, guess what? America showed up!"