'Home-grown fascism': The storming of the US Capitol was even more 'sinister' originally thought 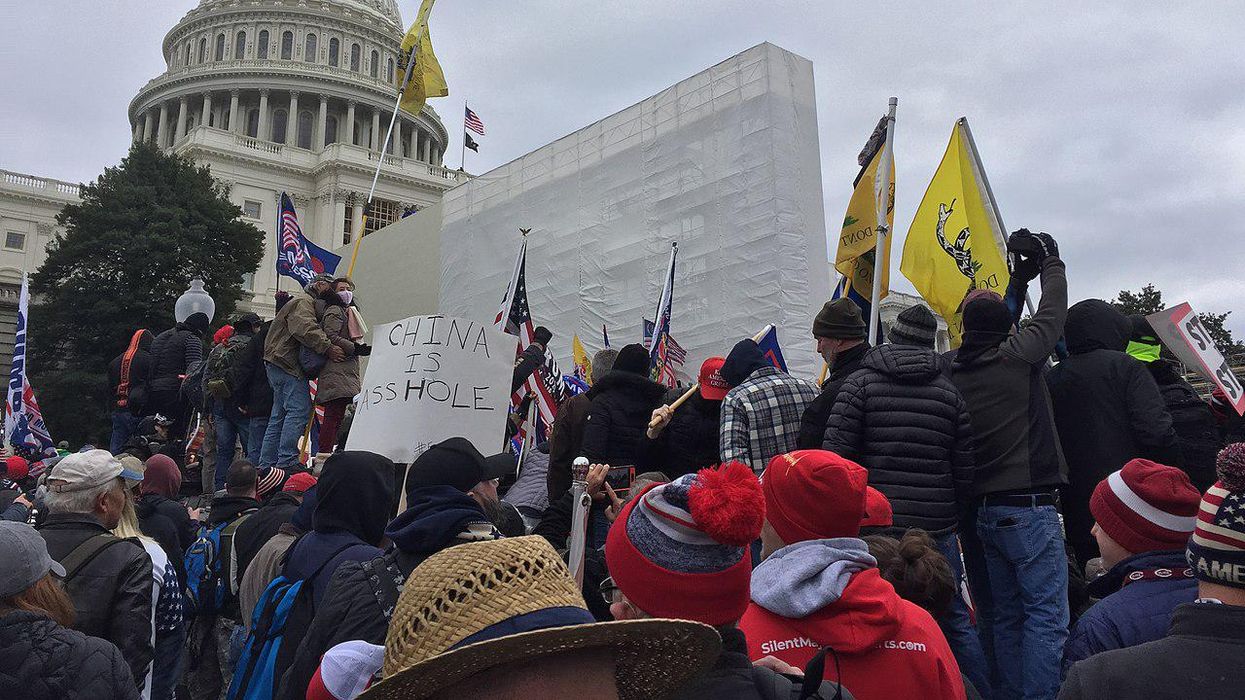 On Wednesday night, January 6, the dominant news story all around the world was the storming of the U.S. Capitol Building by far-right extremists who were hoping to prevent Congress from certifying President-elect Joe Biden's electoral college victory. More details about the January 6 rampage in Washington, D.C. have emerged since then, and in an article published this week, Associated Press reporters Jay Reeves, Lisa Mascaro and Calvin Woodward describe some of the ways in which that rampage was even more "sinister" than originally thought.

"Only days later is the extent of the danger from one of the darkest episodes in American democracy coming into focus," the AP journalists report. "The sinister nature of the assault has become evident, betraying the crowd as a force determined to occupy the inner sanctums of Congress and run down leaders — Trump's vice president and the Democratic House speaker among them. This was not just a collection of Trump supporters with MAGA bling caught up in a wave."

President Donald Trump demanded that Vice President Mike Pence prevent Congress from certifying the electoral college results, which Pence didn't have the power to do. And some of the fanatics who raged in Washington D.C., believing that Pence had betrayed Trump, wanted to murder the vice president. House Speaker Nancy Pelosi was a target as well.

Reeves, Mascaro and Woodward explain, "'Hang Mike Pence!,' the insurrectionists chanted as they pressed inside (the Capitol Building), beating police with pipes. They demanded House Speaker Nancy Pelosi's whereabouts, too. They hunted any and all lawmakers: 'Where are they?' Outside, makeshift gallows stood, complete with sturdy wooden steps and the noose. Guns and pipe bombs had been stashed in the vicinity."

When the mob invaded the U.S. Capitol Building, Pelosi and others took refuge in a secure location. Democratic Rep. Jim McGovern of Massachusetts was among the members of Congress who saw how dangerous the situation was.

McGovern told AP, "I saw this crowd of people banging on that glass screaming. Looking at their faces, it occurred to me, these aren't protesters — these are people who want to do harm…. What I saw in front of me was basically home-grown fascism, out of control."

Reeves, Mascaro and Woodward describe the timeline of events in their article.

After 2 p.m. on January 6, they note, "Capitol Police sent an alert telling workers in a House office building to head to underground transportation tunnels that criss-cross the complex. Minutes later, Pence was taken from the Senate chamber to a secret location, and police announced the lockdown of the Capitol…. At 2:15 p.m., the Senate recessed its Electoral College debate, and a voice was heard over the chamber's audio system: 'The protesters are in the building.' The doors of the House chamber were barricaded, and lawmakers inside it were told they may need to duck under their chairs or relocate to cloakrooms off the House floor because the mob has breached the Capitol Rotunda. Even before the mob reached sealed doors of the House chamber, Capitol Police pulled Pelosi away from the podium."

The siege of the Capitol Building, according to the AP reporters, went on for hours — and people in the mob were trying to find members of Congress and inflict violence on them.

"At about 5:30 p.m., once the National Guard had arrived to supplement the overwhelmed Capitol Police force, a full-on effort began to get the attackers out," Reeves, Mascaro and Woodward note. "Heavily armed officers brought in as reinforcements started using teargas in a coordinated fashion to get people moving toward the door, then combed the halls for stragglers. As darkness fell, they pushed the mob farther out onto the plaza and lawn, using officers in riot gear in full shields and clouds of tear gas, flash-bangs and percussion grenades…. At 7:23 p.m., officials announced that people hunkered down in two nearby congressional office buildings could leave 'if anyone must.'"

Eventually, that night, the joint session of Congress was resumed after police determined that it was safe to do so — and Biden's electoral college victory was ratified.