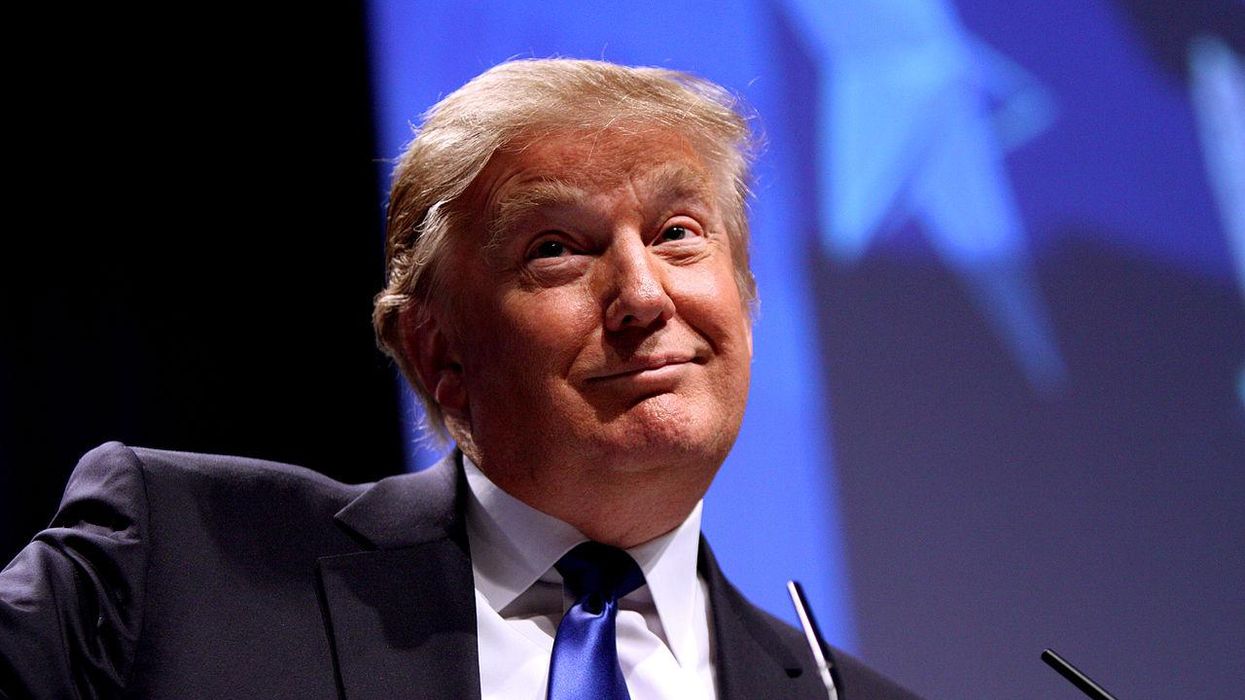 When President Donald Trump had an hour-long phone conversation with Georgia Secretary of State Brad Raffensperger on Saturday, he tried unsuccessfully to pressure him into finding a way to overturn President-elect Joe Biden's victory in the Peach State. Vanity Fair's Bess Levin discusses the possible legal ramifications of that conversation in her column, quoting attorneys who believe that Trump violated federal and state laws.

Although Raffensperger is a conservative Republican, he didn't budge a bit during his conversation with Trump. Raffensperger maintained that Biden won Georgia's electoral votes fairly, and he continued to reject Trump's baseless and debunked claim that he was the victim of widespread voter fraud in Georgia.

Levin explains, "Trump berated, begged and threatened Brad Raffensperger, citing insane, fully debunked conspiracy theories in an astonishingly pathetic — even for him! — attempt to get the Georgia official to come up with 11,780 votes to put him ahead of Joe Biden's 11,779-vote margin…. When simply begging and pleading failed, Trump unsurprisingly turned to threats and what sure sounded like extortion, telling Raffensperger and the secretary of state's general counsel, Ryan Germany, that not coming up with the votes would be 'a criminal offense' — warning the two men, one of whom is an actual lawyer, 'You can't let that happen. That's a big risk to you.'"

The Vanity Fair columnist goes on to quote various attorneys, including Vice President-elect Kamala Harris — a former California attorney general and San Francisco district attorney who described Trump's efforts to bully Raffensperger as a "baldfaced, bold abuse of power by the president of the United States." Harris made that statement during a speech while campaigning for two Democratic U.S. Senate hopefuls, Jon Ossoff and the Rev. Raphael Warnock, in Georgia.

This is criminal conduct under state and federal law. @realdonaldtrump should be impeached again NOW and tried and… https://t.co/z0oSwVzxdH
— Richard W. Painter (@Richard W. Painter)1609700860.0

Levin quotes constitutional law professor Richard Pildes, who told the Washington Post, "The president is either knowingly attempting to coerce state officials into corrupting the integrity of the election or is so deluded that he believes what he's saying."

Levin also quotes Anthony Michael Kreis, a law professor at Georgia State University. Kreis told Politico, "The Georgia code says that anybody who solicits, requests or commands or otherwise attempts to encourage somebody to commit election fraud is guilty of solicitation of election fraud. 'Soliciting or requesting' is the key language. The president asked, in no uncertain terms, the secretary of state to invent votes, to create votes that were not there. Not only did he ask for that in terms of just overturning the specific margin that Joe Biden won by, but then said we needed one additional vote to secure victory in Georgia."

Legal and constitutional experts have been debating whether or not Trump has the power to grant himself a preemptive pardon before he leaves office on January 20. Kreis pointed out that Trump's power to issue pardons only exists at the federal level and not at the state level — and for that reason, Kreis stressed, it's unwise to be saying potentially problematic things to Georgia's secretary of state.

Kreis told Politico, "If I'm the president of the United States and my pardon power is not — does not extend to state acts — I don't think that in the last few days of my term that I would want to be engaging in activities that even remotely subject me to the possibility of state criminal prosecution. That's what makes this even more bewildering to me, is because if he had sensible advisers, they would just keep him off the phone."