Rep. Bonnie Watson goes to hospital for COVID after hiding from mob with maskless Republicans 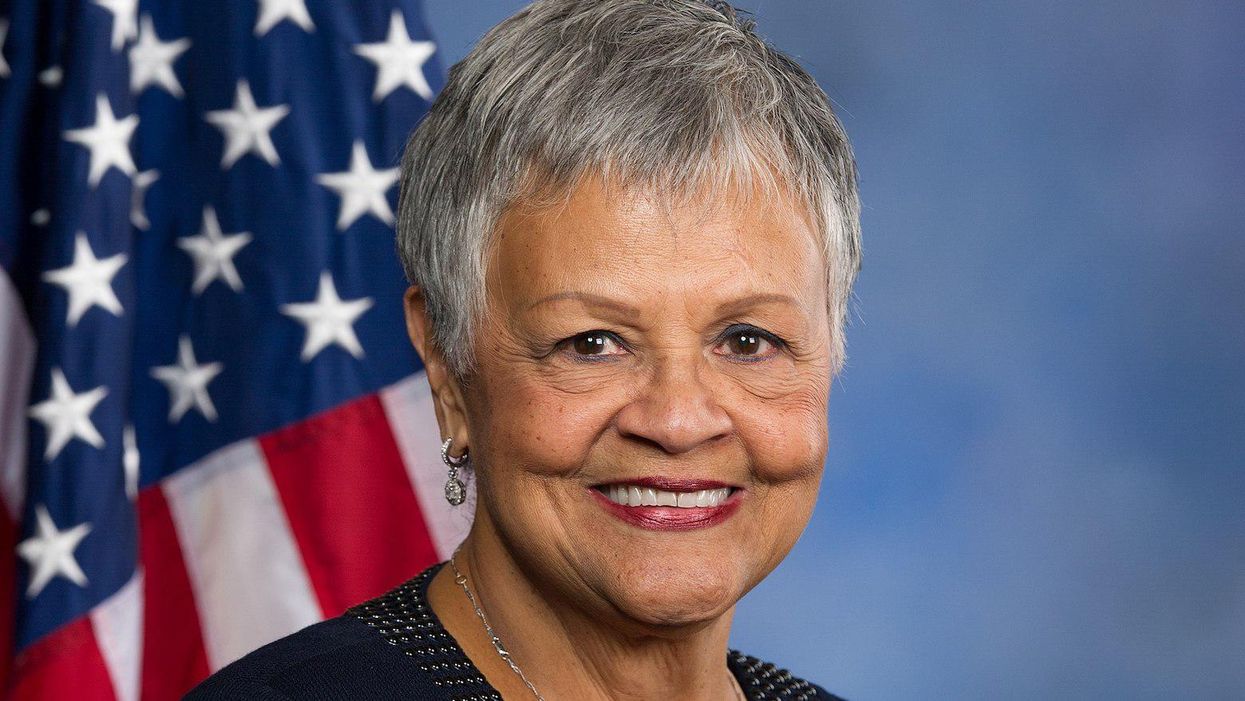 Rep. Bonnie Watson Coleman, a 75-year-old cancer survivor, headed to the hospital for Covid-19 treatment on Monday after testing positive for the coronavirus and becoming mildly ill following last week's shelter-in-place with maskless Republican lawmakers at the U.S. Capitol during the attack by a militant pro-Trump mob.

On Monday afternoon, Watson Coleman tweeted that although she felt fine, she was heading to the hospital to receive monoclonal antibody therapy—a potentially lifesaving treatment received by President Donald Trump and others fortunate enough to have access—following advice from her doctor.

The Washington Post reports Brian Monahan, the attending physician to Congress, on Sunday informed lawmakers that they may have been exposed to the coronavirus while they waited out the Capitol siege in close quarters together.

"The time in [that] room was several hours for some and briefer for others," Monahan said, urging the lawmakers to get tested for coronavirus. "During this time, individuals may have been exposed to another occupant with coronavirus infection."

Watson Coleman released a statement earlier on Monday saying she was "experiencing mild, cold-like symptoms" and that "she believes she was exposed during protective isolation in the U.S. Capitol building as a result of insurrectionist riots."

While the lawmakers took refuge during the Capitol assault, at least hundreds of mostly maskless Trump supporters rampaged through the building, hopped up on lies spread by some congressional Republicans and the president that the 2020 presidential election was "stolen" from him.

Public health experts said the riot, as well as participants' travel to and from Washington, D.C., would likely further exacerbate a pandemic in which more than 22.5 million Americans have been infected and at least 375,000 people have died.

Scott Gottlieb, a physician and former head of the U.S. Food and Drug Administration, said on CBS "Face the Nation" Sunday that there will be "chains of transmission that come out of that kind of mass gathering."

News of Watson Coleman's hospitalization comes as House Democrats on Monday introduced articles of impeachment accusing Trump of "incitement of insurrection," and amid reports of an FBI bulletin warning of possible armed right-wing protests at numerous state Capitols in coming days and at the inauguration of President-elect Joe Biden on January 20.