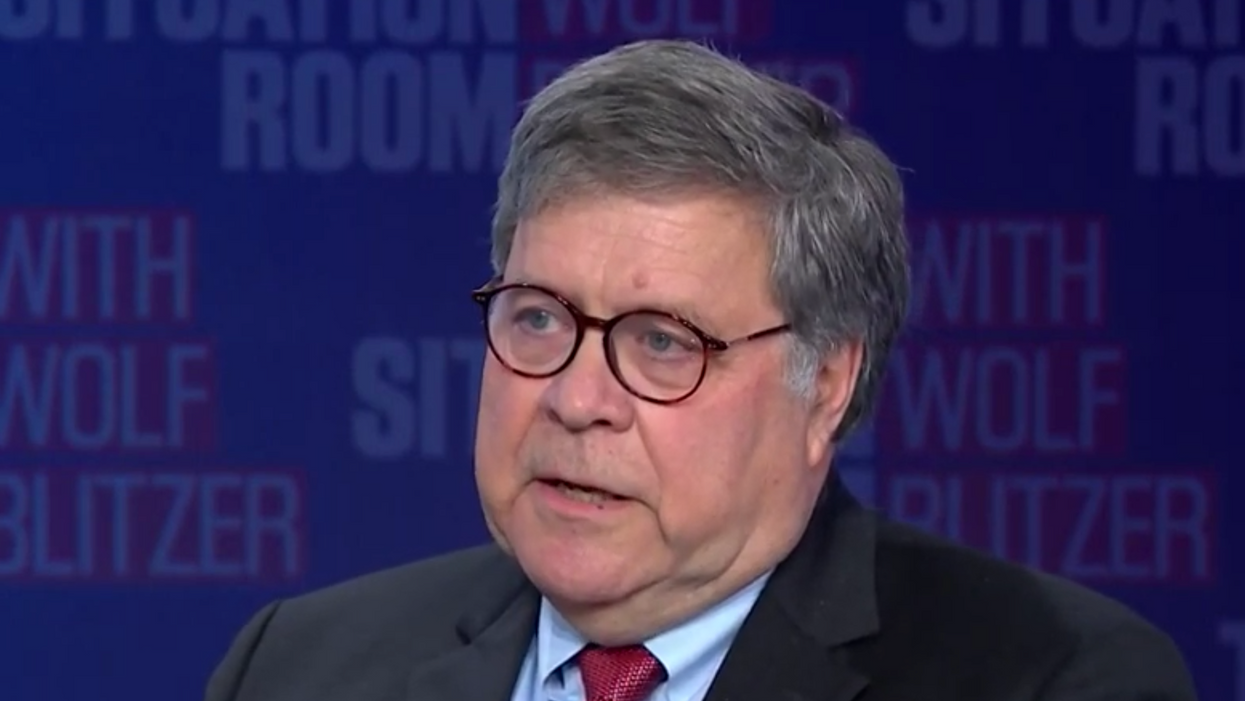 Call it the last stand of the confederacy: a Republican administration attempting to roll back decades of civil rights protections for American citizens. Before he left office, former Attorney General Bill Barr submitted a regulatory change to the White House that would narrow the department's enforcement of Title VI of the Civil Rights Act, the provision that strips federal funding away from entities discriminating against people of color and other groups, including women, people with disabilities, and LGBTQ people. The rule change would mean the civil rights division would only enforce the cases where it could prove intentional discrimination, getting rid of the "disparate impact" rule.

That rule is based on the legal doctrine that a policy is discriminatory if it adversely impacts a group based on that group's race, color, religion, sex, and, more expansively, sexual orientation. It's been applied in education, housing, transportation, health care—essentially every facet of government policy by previous administrations, but especially expanded under former President Barack Obama. Trump has been chipping away at it since Day One in individual departments like Housing and Urban Development (HUD) and Education, but now they're going for the whole shebang, just removing it from consideration overall in the Justice Department.

Civil rights groups have relied on disparate impact to demonstrate when patterns of behavior demonstrate discrimination, despite overriding policies that appear neutral. As an example, it's relevant in education, where patterns of discipline have shown that Black and brown children are more likely to be punished. "Disparate impact analysis is important to create accountability at schools around the discriminatory effects of discipline policies, particularly since it's difficult to prove racially motivated intent behind the policies," Shiwali Patel, senior counsel for the National Women's Law Center, told The New York Times. Patel served in the Office for Civil Rights in the Obama administration, which investigated discipline rates in public schools to "look at policies and take into account harmful outcomes."

Under Trump's education secretary, Betsy DeVos, that investigation and the guidance document that resulted was actually blamed for the 2018 mass shooting at the Marjory Stoneman Douglas High School in Parkland, Florida. The gunman was characterized as a "troubled" white student who was somehow motivated by, well, who knows, but something to do with the fact that the Obama administration was going easy on Black and brown kids. DeVos rescinded the guidance from the Obama administration, saying it "relies on a disparate impact legal theory, but that theory lacks foundation in applicable law."

Trump's HUD secretary, Ben Carson, tried to do the same thing in housing but was stopped by a federal judge in October 2020. HUD was sued over a rule that would have made it harder for borrowers to prove discrimination claims under the Fair Housing Act. "These significant alterations, which run the risk of effectively neutering disparate impact liability under the Fair Housing Act, appear inadequately justified," Judge Mark Mastroianni of the U.S. District Court for the District of Massachusetts wrote in blocking the rule. That rule was even opposed by four of the country's biggest banks. Michael DeVito, executive vice president for home lending at Wells Fargo, wrote to Carson in opposition, saying that the government "should acknowledge that Americans' attention to racial discrimination is more pronounced and expansive."

Barr pushed this through to the White House, which will undoubtedly implement it without submitting the new rule for public review or comment. That's required in the rule-making process, but Barr asserted that because this relates to loans, grant-making, and contracts by federal agencies, it's exempted from the normal procedures. The incoming Biden attorney general, whoever it may be, can basically shelve the enactment of this rule, even though it can't be immediately reversed by the administration. It will also likely be challenged by progressive legal groups in court, which could be dangerous with a Trump Supreme Court that's demonstrably hostile to civil rights.