Biden chokes up with emotion in pre-inauguration speech 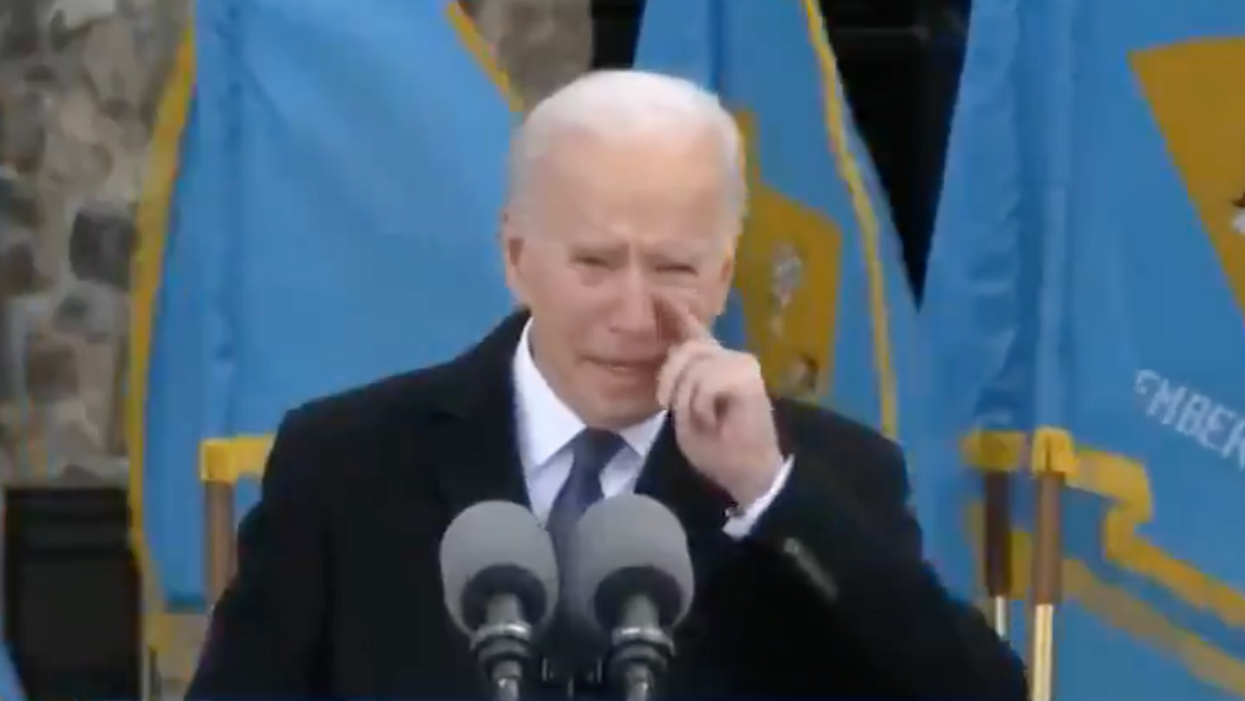 The day before his inauguration, President-elect Joe Biden spoke at a send-off event in Delaware — and he was overcome with emotion when discussing his connection to his adopted state.

Biden, now 78, was only 29 when he was first elected to the U.S. Senate via Delaware back in 1972. After decades in the Senate, Biden was sworn in as vice president in January 2009 as part of President Barack Obama's administration.

President-elect Joe Biden tears up during his Delaware farewell address: "It's kind of emotional for me." https://t.co/XOvSGm2p9b
— The Recount (@The Recount)1611082852.0

The president-elect, originally from Scranton, Pennsylvania, explained, "My colleagues in the Senate used to always kid me for quoting Irish poets. They thought I did it because I'm Irish. I didn't do it for that reason; I did it because they're the best poets in the world."

Biden added, "(Irish novelist/poet) James Joyce was said to have told a friend that when it comes his time to pass — when he dies, he says, 'Dublin will be written on my heart.'"

Overcome with emotion, Biden continued, "Well, excuse the emotion. But when I die, Delaware will be written on my heart and the hearts of all of us — all the Bidens." At one point, he wiped way a tear from his eye.