This is Biden's best hope to stop Trumpism's threat to democracy 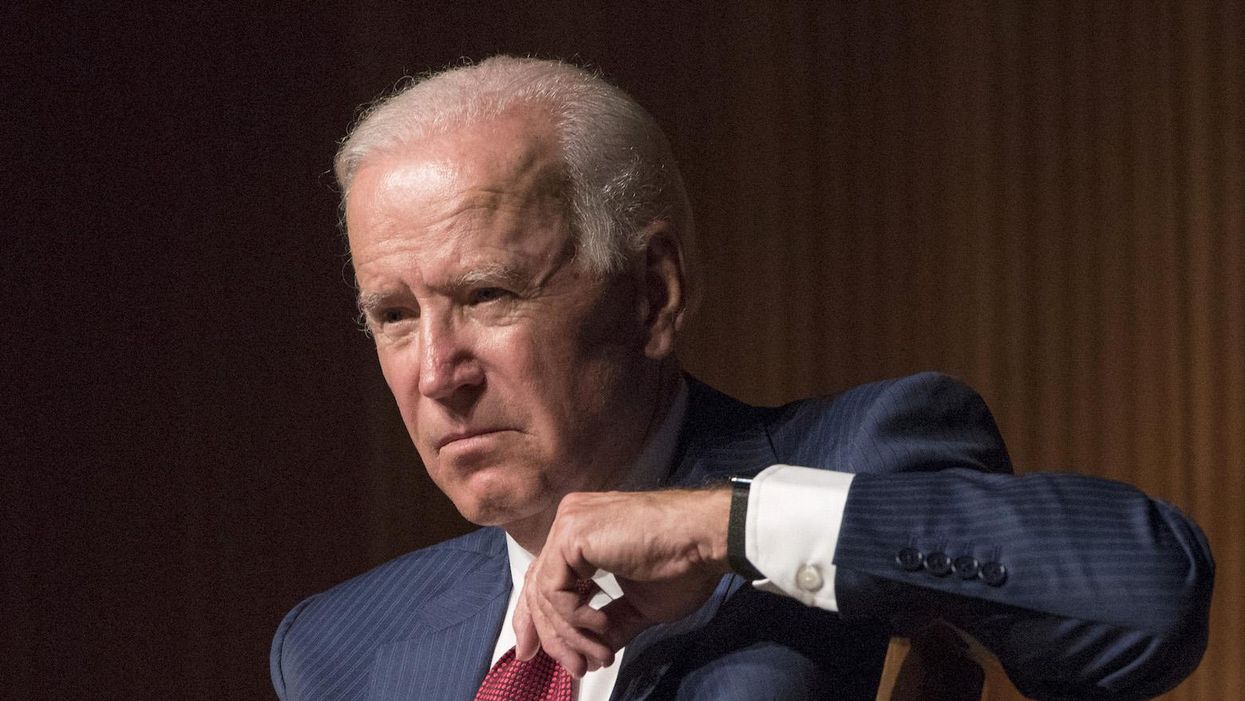 As Donald Trump flew from Washington, DC for the last time as President, he promised, "we will be back in some form." He could be right.

Trumpism is still with us. The insurrection at the Capitol demonstrated that the biggest threat to America's democracy is our uninformed, angry electorate eager to embrace misinformation and a Republican party that abandoned its constitutional responsibility to check a rogue president. This lethal combination enabled Trump to convince 52% of Republicans the election was stolen by massive voter fraud.

The founders of the Constitution saw this coming and tried to prevent it. In the wake of tyrannical King George III, the founders worried that American voters weren't informed or educated enough to vote intelligently and could be misled into electing another tyrant -- one that would exercise presidential power in dangerous ways.

So they provided in Article II that the president would be chosen by electors appointed "in such manner as the state legislatures may direct." They believed the electors would be most likely to possess the knowledge and discretion necessary to elect a responsible and well-motivated president.

But the state legislatures gave control back to the public by awarding their electoral votes to the winners of their popular votes. So we made the founders' nightmare come true by electing a tyrant who would deceive the electorate, culminating in Trump's most malevolent lie and the insurrection at the Capitol. Sadly, the founders did not foresee the complicity of congressional Republicans who embraced Trump's assault on the core of our democracy: the right to vote.

The threat to our democracy is still with us. It has survived the change in leadership, and persistent voter support for Trump continues to hold Congressional Republicans hostage.

Informing the uninformed is essential to eroding the leverage Trump has over congressional Republicans. It won't be easy. There's a mantra that Trump supporters will never change their minds. It may be true regarding the QAnon shaman's followers. But Biden could prove it wrong with respect to other Trump supporters, by speaking directly to them with understanding and empathy instead of argument and confrontation.

Non-judgmental exchanges have been effective in changing the views of Trump supporters before. When People's Action took that approach, for every 100 conversations with Trump defenders, 3.1 switched to supporting Biden. That's more than Trump's margin of victory in 2016. If 3.1% of Trump voters had switched to Clinton in 2016, it would have given her the equivalent of 108 electoral votes and flipped the election results. People's Action's softer method proved about 102 times more effective at converting individual voters than the typical hard sell presidential campaigns use.

Although Biden can't have in-person dialogs with Trump supporters, he can speak to them in a non-confrontational way as he explains how and why he'll fix Trump's broken policies.

Biden's plan to vaccinate 100 million people in his first 100 days will resonate with Trump supporters who shared or witnessed the sickness, death and economic pain caused by Covid-19. It will also contrast sharply with Trump's delay in distributing the vaccine, waiting more than two months to approve the CDC's plan and stifling its June proposal to help states with a vaccination strategy. Biden's 100-day plan will be part of the federal leadership Democratic and Republican governors alike pleaded for, but which was rejected by Trump.

Biden's stimulus plan could generate credibility and trust among Republicans, because it reflects their legitimate concern that some one-time checks would go to those who were not hurt by the pandemic and don't need the money.

Next Biden needs to end Trump's aggressive trade war and explain why. It hasn't narrowed our trade deficit world-wide or with China. Nor has it slowed China's economy, which is the only major one that's growing. Trump's tariffs effectively cut off American companies' access to Chinese markets when Beijing lowered tariffs on its other trading partners, who then cut their U.S. purchasing.

The tariffs slowed U.S. economic growth, costing the economy nearly 300,000 jobs and $316 billion. U.S. companies lost around $46 billion, forcing them to cut jobs, freeze or lower wages, and raise prices for American consumers. Farmers lost most of their $24 billion Chinese market and many went bankrupt.

Trump supporters believe Trump was tough on China. But during his administration China ended Hong Kong's semi-autonomous status with Trump's approval, sent ships to threaten maritime rights of countries in the South China Sea, and conducted aerial reconnaissance threatening Taiwan. After four years of Trump, China continues to force American companies to transfer their technology to do business there, to steal their intellectual property, and to subsidize state-owned enterprises. It's also the world's most preeminent cyberattacker.

It won't be hard for Biden to improve on those dismal results. He needs to pressure China to stop its anti-competitive practices and cyberattacks as Trump promised but failed to do. In fact, Biden should dismantle Trump's entire foreign policy, which has effectively ended America's post-Cold War global leadership and destroyed the international cooperation that could have mitigated American suffering from Covid-19.

Communicating what he's doing to improve American lives and recover America's global respect and leadership is Biden's best hope for bringing the country together and eroding Trumpism's threat to democracy. Trump and his enablers dragged us into a post-truth universe, but as we saw clearly this month, it's not a place where democracy can survive for long. President Biden's most crucial mission is to pull America back to truth-based discourse and rational policy decisions.

*Neil Baron is an attorney who has represented many institutions involved in the international markets and advised various parts of the federal government on economic issues.