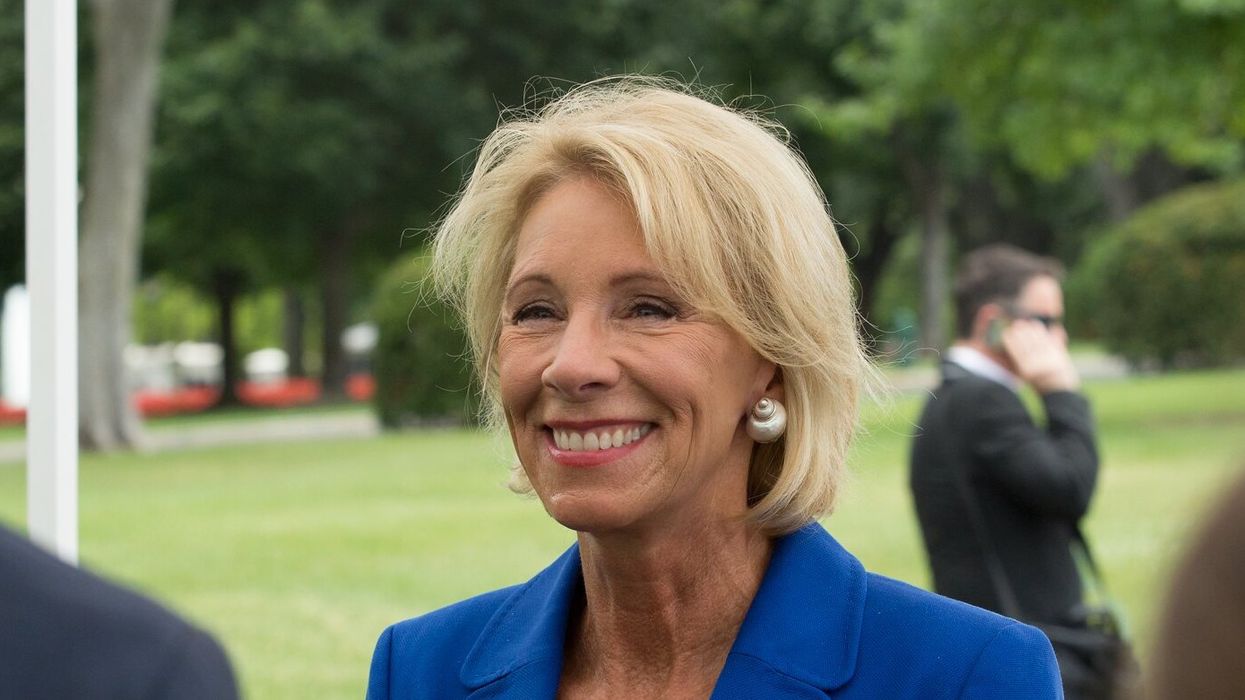 Betsy DeVos, the highly controversial anti-public schools Education Secretary, has resigned with barely 13 days left before President Donald Trump's term ends. DeVos cited Trump's "rhetoric" as the "inflection point" that led to her decision to quit, according to a late-breaking story in the Wall Street Journal.

"There is no mistaking the impact your rhetoric had on the situation, and it is the inflection point for me," DeVos reportedly said in her letter of resignation, according to WSJ's Rebecca Ballhaus.

"We should be highlighting and celebrating your Administration's many accomplishments on behalf of the American people," DeVos wrote in her letter.

"Instead we are left to clean up the mess caused by violent protesters overrunning the U.S. Capitol in an attempt to undermine the people's business. That behavior was unconscionable for our country. There is no mistaking the impact your rhetoric had on the situation, and it is the inflection point for me."

"Impressionable children are watching all this, and they are learning from us," she concluded.

DeVos leaves a wake of destruction of America's public schools system, a massive increase in federal spending on private schools, including religious schools, and America's minority students far worse off because of her intentional, targeted attacks.