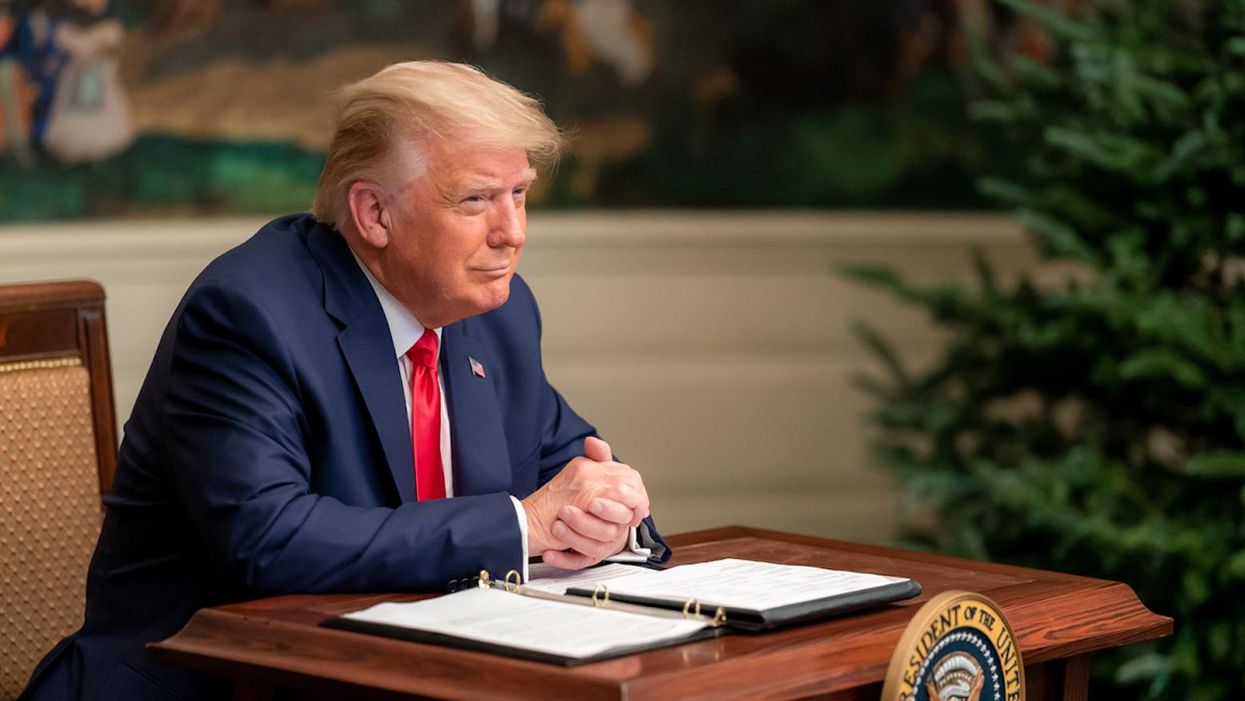 The holiday season is a time for gathering with friends and family—just kidding. The 2020 holiday season is the season of staying the fuck home. Yes, it majorly sucks. Yes, we miss our family and friends and that super strong egg nog your favorite aunt makes. But staying home now means we're all around next year. It's what we have to do in order to help save lives. We care.

But certainly not all of us care. Case in point: the soon-to-be-former president of the United States. We all know he's damn well aware of the dangers of this pandemic, but truly does not care. He gets VIP treatment and never sees a bill and is immune for a while so why should he give a shit about the rest of us? That was again evidenced by the fact that as virus deaths keep climbing, the White House held a Christmas reception, CNN reports. But it gets even worse from there. So much worse.

CNN reports that the outgoing president did exactly what we'd expect him to do at a celebration marking the birth of Jesus Christ, which was to talk about himself. How he really won the presidential election (he lost). How it's all "a disgrace" (the election was secure, one of his own appointees said). How he deserves another four years (he doesn't, he didn't even deserve the four he got), and maybe just maybe he'll try again in four years (oh god please no). Then comes the kicker.

"The President addressed guests from the White House's grand staircase," the report continued. "Though several people were wearing masks, many were not and some were audibly coughing."

Daily Kos' Mark Sumner wrote this past October that following the White House's most notorious superspreader event to date, the Rose Garden ceremony formally introducing Amy Coney Barrett as a Supreme Court nominee, at least 11 tested positive. "Though some guests—notably those who sat near the back of the affair—chose to wear masks, most of those front and center came in mask-free."

Many—like at the White House Christmas event this week. And while those also choosing to go to a White House event during a pandemic should have also known better, that it was even being held right now is still most damning on this administration. Again, it truly does not care. Does not care. Which makes you wonder why it even bothered to hold it when outgoing first lady Melania Trump has already expressed such a distain for the holiday.

"I say that I'm working on Christmas and planning for the Christmas and they said, 'Oh, what about the children that they were separated?'" she said in audio recordings earlier this year. "Give me a fucking break." Give us all a fucking break and go away soon. And please wear your mask.