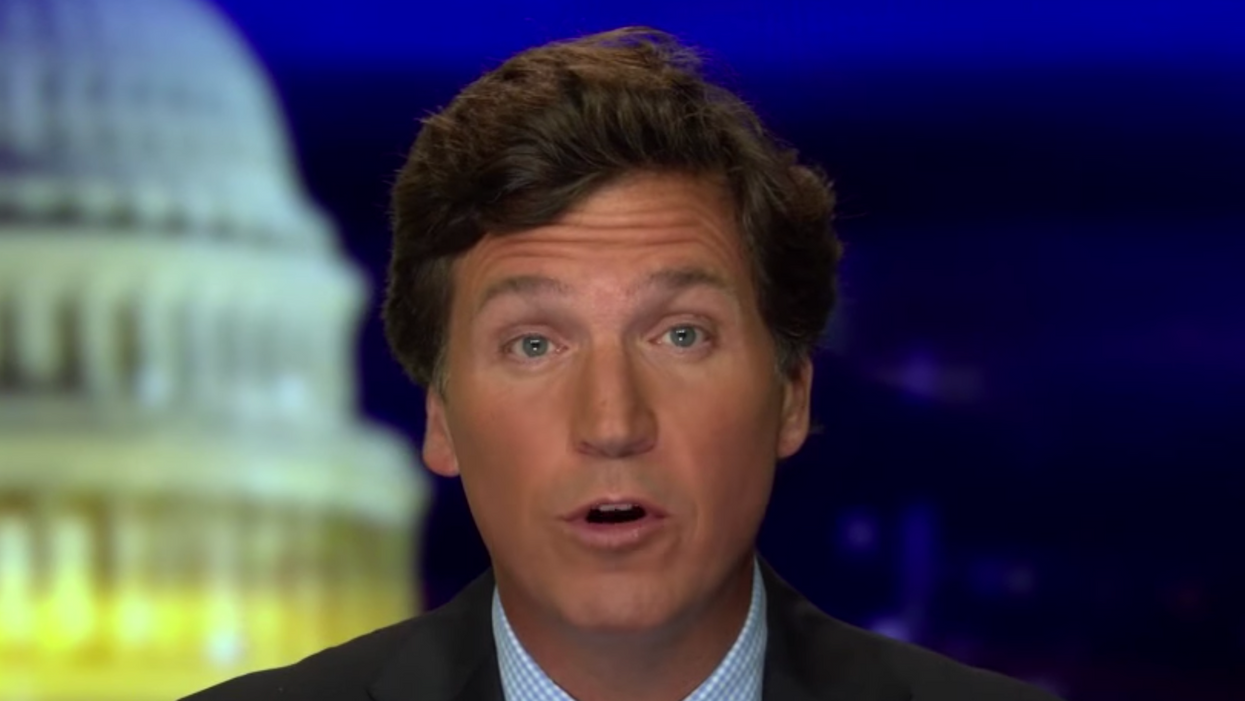 Needless to say, 2020 was quite the year — and not just for people who believe in preserving democracy and containing deadly pandemics.

For Republican politicians and right-wing media, whose careers are centered around feeding silly victimization narratives to the right-wing base, there was all manner of made-up nonsense to get the rubes riled up. For months, the right-wing narrative was focused on claims that the coronavirus pandemic and/or measures to contain it were all a giant conspiracy aimed at tanking Donald Trump's re-election chances. The fall was then consumed by similarly bonkers conspiracy theories about "voter fraud" and Joe Biden somehow "rigging" the election.

And while both narratives are still being pushed by right-wing media — and Trump himself is still raving like a madman on Twitter with his election conspiracy theories — it's becoming clear to many in the right-wing media that it's time to move on. There's going to be a Democrat in the White House, and it's time to put to bed the grievance narrative of "deep state trying to take a good man down!"

So the right is returning to the strategy of the Barack Obama years, churning out a steady stream of fake outrage over supposed Democratic transgressions — remember how angry they were that Obama wore a tan suit? — all to feed their metanarrative that Democratic governance is inherently illegitimate. And they know that the quickest way to stir the furies of right-wing America is to tell them stories about how all those Democratic women are out of control. Who do those b*tches think they are?

This past week saw a deeply unpleasant return to the long-standing Republican practice of firing up the base by bashing Democratic women for supposed sacrileges against ladylike behavior.

First, the Wall Street Journal threw out bait by running an op-ed by Joseph Epstein in which he addressed Dr. Jill Biden, the incoming first lady, as "kiddo" and argued that it's "fraudulent, not to say a touch comic," for her to use the title of "Dr.", even though, objectively, she has a doctorate. Epstein has been playing this game as far back as 1970, when he wrote in Harper's that "I would wish homosexuality off the face of the earth" and other grotesqueries about gay people.

The op-ed was dumb and misogynist, so of course, Tucker Carlson of Fox News was drawn to it like ants to a puked-up Long Island Ice Tea. For multiple nights this week, Carlson hosted unhinged segments full of maximum umbrage, screeching that Biden is "borderline illiterate," dismissing her career as a high school and community college English teacher. The rest of conservative media is following suit:

The purpose of these hysterics isn't mysterious. It's about triggering resentment in men who cannot accept the idea that women might not only be smart, but smarter than they are. It's also sexist policing, insisting that it's Biden's duty to hide her intelligence and achievements to preserve the tender feelings of insecure men. Barack Obama got the same kind of response from racists, including Trump, who spent years insisting that his many academic achievements (a bachelor's degree from Columbia and a law degree from Harvard) must be either fake or the result of cheating.

The quote was in a Glamour interview in which O'Malley Dillon actually defends her boss' promise to make efforts towards bipartisan cooperation, but Republicans like Sen. Marco Rubio of Florida nonetheless erupted in feigned outrage, whining about the name-calling. While Trump is still actively pouring out lies and accusing not just all Democrats but a big chunk of Republicans of stealing the election from him, causing material harm — such as in Houston, where a deranged conspiracy theorist held up an air conditioning repairman with a gun to accuse him of smuggling fake ballots — the fake indignation from Republicans is just further proof that O'Malley Dillon was, if anything, understated in her assessment of their collective characters.

Obviously, none of this faux pique was actually about the use of curse words or insults, both of which flow like a river from Trump. It's just sexism. Tantrum-throwing over women behaving in ways that would be treated as unremarkable from men is a way to signal that women don't really belong in politics, that they are only being barely tolerated and can be ejected for the slightest, or in this case made up, offense.

Unfortunately, O'Malley Dillon gave into the pressure and apologized for her word choice. That's because, as it was when Hillary Clinton was being held up to these same ridiculous and impossible standards in 2016, the media is still controlled by sexist men. Many of the worst offenders in 2016 — Matt Lauer, Charlie Rose, Mark Halperin — lost their jobs because their sexist coverage on-air was reportedly being matched by sexual harassing behaviors behind closed doors. But we're still saddled with the likes of Jonathan Swan and Hans Nichols at Axios, who were so eager to tame themselves a shrew that they shook the branches until they found some anonymous "Democratic donors" who they claimed wanted an apology.

Note that over 4 million Americans donated to Biden's campaign in 2020. Getting a couple of those four million people to say they don't like ladies cursing isn't exactly hard to do. But that's why these sexist fake scandals have so much power — there are still so many men in high powered positions in the media who are willing to run with sexist narratives, even if the cost of doing so is wildly distorting the political realities. They are the same types, after all, who made "Hillary's emails" a major scandal, even though the emails showed no real wrongdoing, and even though her opponent was an admitted sexual predator and serial fraudster who attempted to openly collude, on camera, with a Russian conspiracy to interfere with the election.

This is what we have to look forward to for the next four years: One fake "scandal" after another about women in Biden's orbit who transgress against 19th-century ideas of what constitutes ladylike behavior. As with everything else they do, Republicans and the media enablers are focused on finding any way they can to distract from their unpopular policies. Male resentment over women's growing power is and will remain a favorite go-to, because apparently that well isn't close to running dry yet.