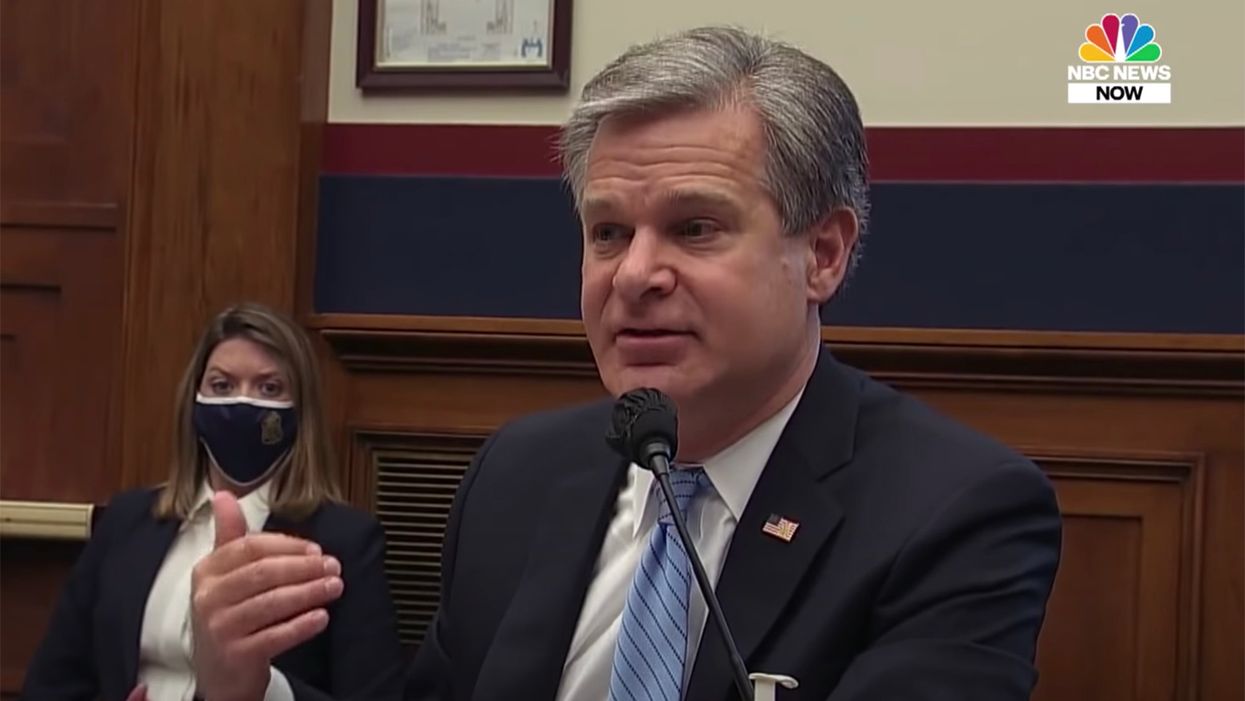 With barely more than a month left in his job it looks like President Donald Trump might not fire FBI Director Chris Wray before he leaves office. Trump for months has been wanting to, according to several reports, especially after Wray in September disputed the president's false claims of voter fraud.

Trump "has come so close to firing FBI Director Christopher Wray in recent months that the White House counsel's office has warned him not to do so because it could put him in potential legal jeopardy," NBC News reports, citing two officials.

Lawyers in the White House Counsel's office "strongly" advised Trump against firing Director Wray "out of concern that doing so would risk creating the perception that a 'loyalty test' was being imposed on a position that traditionally has maintained independence from the White House."

Trump had already fired former FBI Director Jim Comey less than four months into his presidency. He also fired Andrew McCabe, who had served as acting FBI Director until Wray was sworn in, just 26 hours before he was to retire in 2018.

Trump may still fire Wray "on a whim," NBC notes, and adds "officials said they are prepared for Trump to go on a firing spree before leaving office next month."

That official warned to expect "some more fairly significant terminations in the national security or intelligence community."

Many expected Trump to fire Attorney General Bill Barr, who resigned, some believe under pressure, on Monday. Acting Homeland Security Secretary Chad Wolf has also been rumored to be the target of Trump's anger, with the president wanting to fire him after he fired his cybersecurity director Chris Krebs for announcing the 2020 election was the most secure in history.

And "CIA Director Gina Haspel was so convinced she might be fired that she was seen cleaning personal items out of her office at CIA headquarters last month after Trump ousted Defense Secretary Mark Esper," NBC News adds.