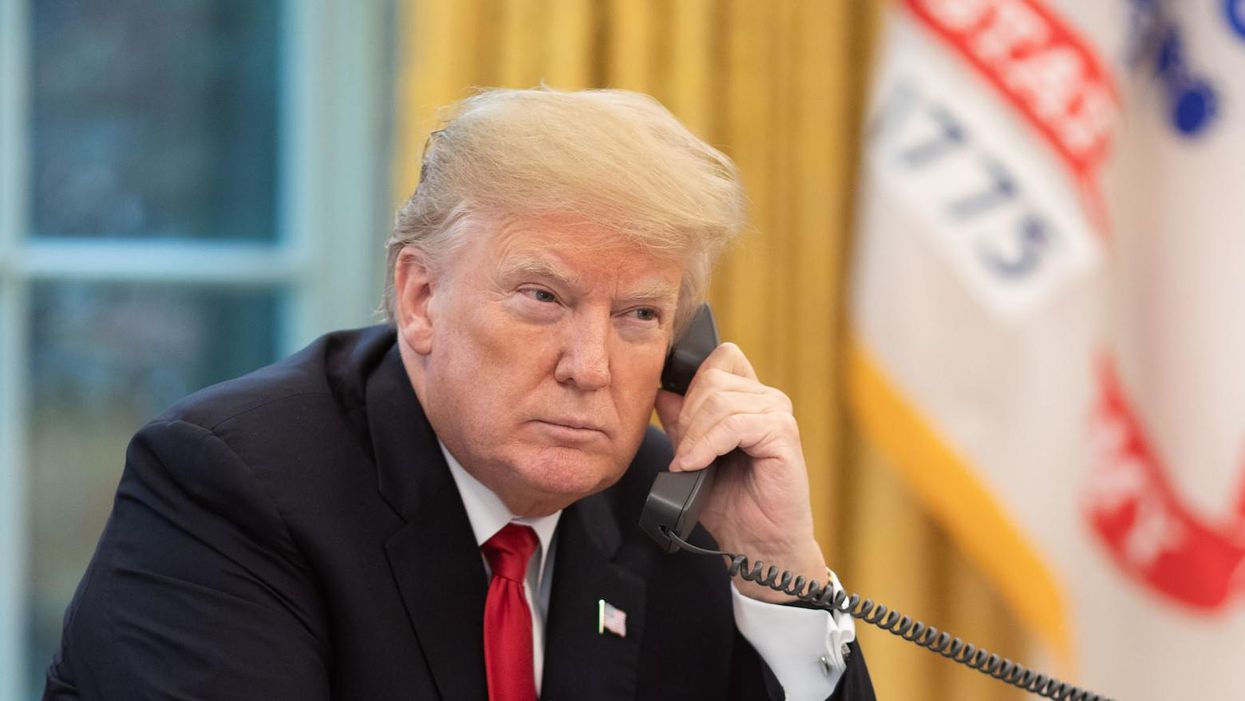 Although the results of the 2020 presidential election have been certified in Pennsylvania, Arizona, Georgia and other battleground states, President Donald Trump continues to push the debunked idea that he was victim of a voter fraud conspiracy. Trump obviously has no intention of acknowledging Joe Biden as president-elect, and some of his far-right allies are sounding increasingly unhinged in their rhetoric. Trump lawyer Joe diGenova has called for the execution of former Homeland Security official Chris Krebs — although diGenova has said he was merely being rhetorical — and Georgia-based attorney Lin Wood believes that Trump should fight the election results by declaring martial law.

Krebs, who specialized in cybersecurity at the U.S. Department of Homeland Security before Trump fired him, emphatically rejected the president's claims of fraud and has made it clear that he believes Biden won the election fair and square. Krebs, in fact, described the 2020 election as the "most secure in United States history."

Appearing on Howard Carr's talk radio show (which simulcasts on Newsmax), diGenova declared, "Anybody who thinks the election went well, like that idiot Krebs who used to be the head of cybersecurity — that guy is a class-A moron. He should be drawn and quartered. Taken out at dawn and shot."

DiGenova went on to tell Carr, "We're trying to influence the jury, and that includes judges and state legislatures…. All these governors in these states are a bunch of losers, along with their secretaries of state. I've never seen such wimps wearing an R. They're going to have to be dealt with politically. That's the only way you deal with these people."

These comments were similar to those made by Steve Bannon, who recently said Dr. Anthony Fauci and FBI Director Christopher Wray should be beheaded.

Media Matters' John Whitehouse, reporting on diGenova's comments, writes, "diGenova's call for violence did not just broadcast on the radio and on Newsmax. Carr's show also streams on YouTube, and the diGenova interview has already been uploaded to Apple Podcasts and Spotify. Carr's only response to diGenova's remarks was to laugh before changing the subject."

DiGenova is now saying that he was merely being rhetorical and didn't mean to advocate violence against Krebs:

But this kind of political violence isn't a joke. It wasn't long ago that Michigan Gov. Gretchen Whitmer, a Democrat frequently targeted by the president in the last year, was the target of an alleged kidnapping and potentially murderous plot that was thwarted by law enforcement.

Wood, meanwhile, has been fighting the election results in Georgia, where he unsuccessfully sued to stop Biden's victory from being certified — and Wood has asked for an injunction to stop the two U.S. Senate runoff elections that are set for January 5. Trump has retweeted some of his unhinged posts on Twitter.

On Tuesday, Wood took he challenge to the election up a notch. He tweeted the disturbing message:

Wood is an ally of far-right Republican attorney and conspiracy theorist Sidney Powell, who has also been fighting the election results in court and claiming that Trump was victimized by widespread voter fraud. Powell claimed that Dominion Voting Systems helped rig in the election in Biden's favor, saying that Dominion's software was also used to help the leftist Huge Chavez in Venezuela. But Dominion, in response, stressed that its software has never even been used in that South American country.

On November 28, the Washington Post reported, "On Tuesday evening, Trump himself signaled renewed interest in Powell's claims. He retweeted an interview in which Powell told Fox's Lou Dobbs that software made by the company Dominion Voting Systems and used in 28 states had been designed to allow Chávez to manipulate election results in Venezuela, a discredited claim. The president also retweeted a message in which conservative Georgia attorney Lin Wood said Powell would file suit Wednesday laying out new evidence of voter fraud in Georgia. 'Enemies of America will deny its allegations. Do NOT believe them. Believe Sidney & me. We love America & freedom. Our enemies do not,' Wood wrote."

Here are some other unhinged tweets that Wood has recently posted:

Fraud in GA election was perpetrated by use of software in Dominion voting machines. Fraud in GA was also perpetr… https://t.co/oawUTtHjLy
— Lin Wood (@Lin Wood)1606804028.0