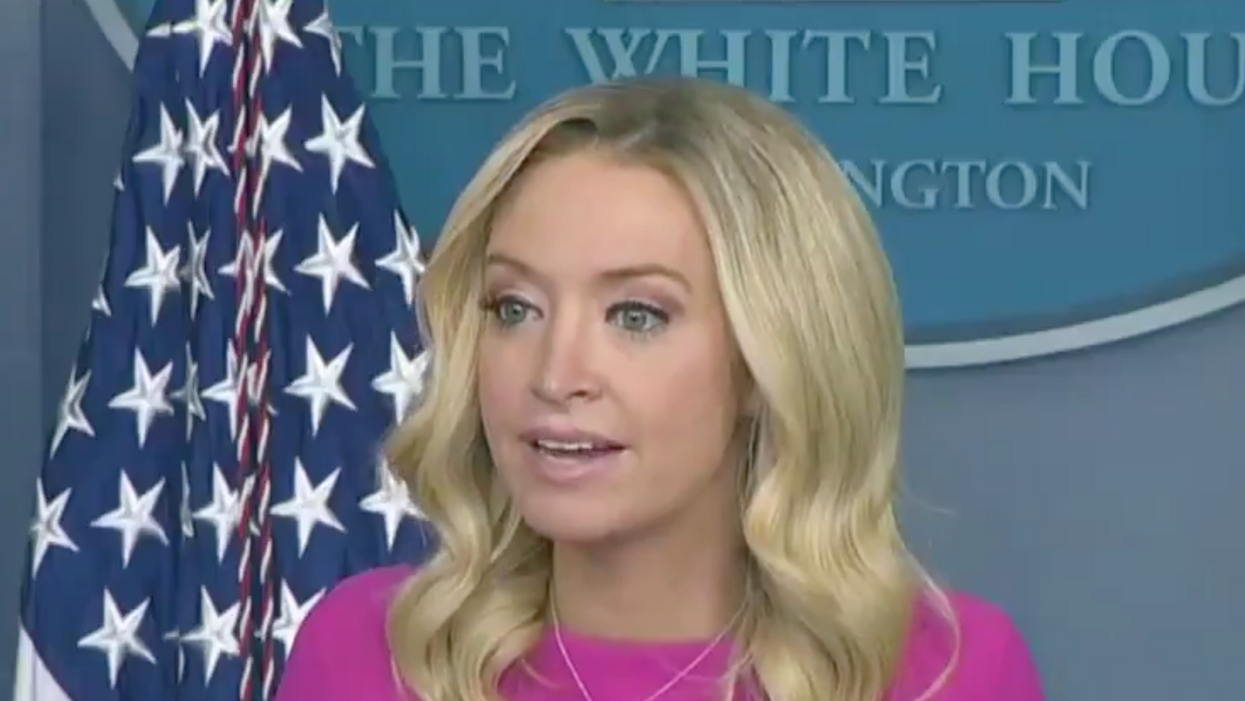 Kayleigh McEnany, in a rare appearance at the White House podium in her official capacity as press secretary, is working to improve President Donald Trump's legacy.

It is now administration policy, apparently, that coronavirus vaccines, even those like Pfizer's – developed without support from the White House's Operation Warp Speed – should be named after President Trump.

President Trump not only had little to do with any or all of those entities – providing little to no oversight or input, attending few meetings, not speaking with key players for months at a time – he regularly attacked and belittled them, as he daily downplayed the deadly virus that to date has taken nearly 270,000 lives in the U.S.

Trump even pushed herd immunity behavior and policies, and it's safe to say he is responsible for countless coronavirus deaths. Trump bears more responsibility for those coronavirus deaths than he does for the vaccines. No vaccine has ever been named for a sitting U.S. president.

"It's having a businessman as president," McEnany decreed. "It's the Trump vaccine."