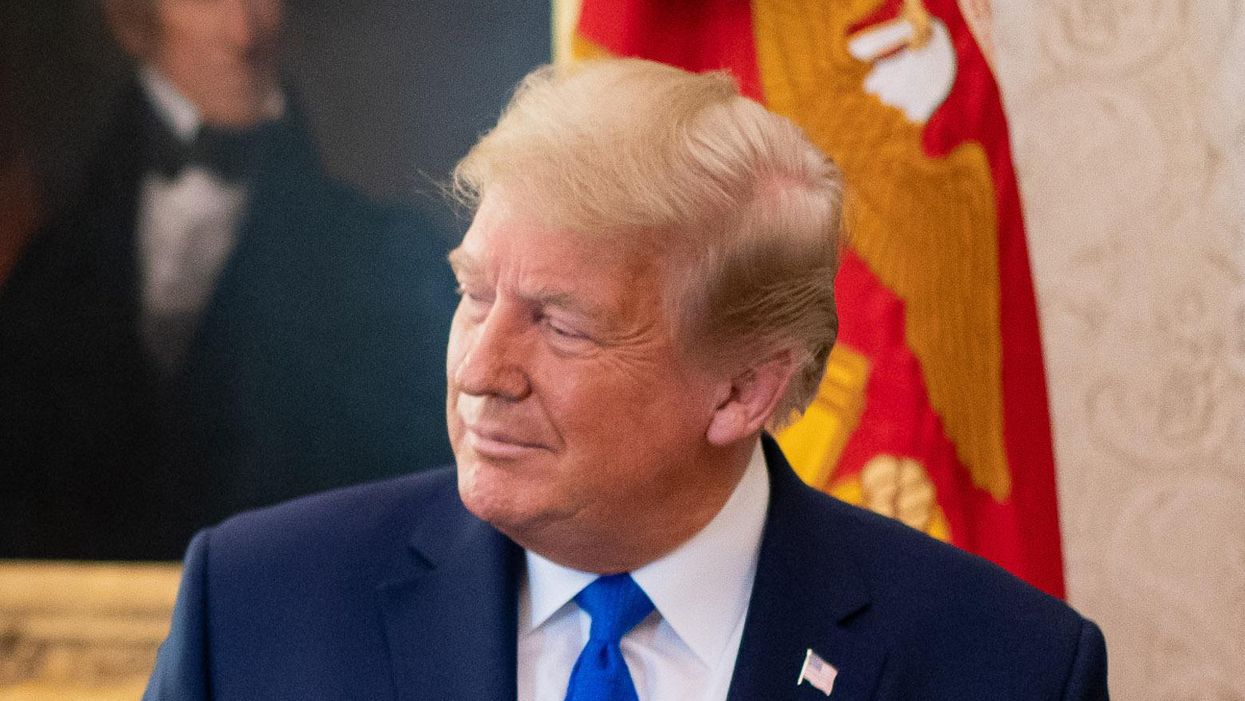 Legal experts are having a field day with the latest Supreme Court lawsuit, filed by 17 red states, trying to overturn the election by literally disenfranchising millions upon millions of U.S. citizens.

The case is without merit, legal experts say, but what may be even more embarrassing and ridiculous is President Donald Trump is trying to join the case. To do so, he must petition the Supreme Court, which he just did.

It appears the only attorney Trump could convince to file his motion is a "disgraced white supremacist" who "who thinks Kamala Harris and Marco Rubio are not U.S. citizens."

That attorney is John Eastman, a law professor at Chapman University School of Law.

If the name sounds familiar, it should. Eastman is also the chairman of the National Organization For Marriage (NOM), the far right wing anti-LGBTQ faith-based organization that spent millions of dollars of dark money in a failed attempt to ban same-sex couples from marrying.

By the way, the claims Eastman is a white supremacist come from a Newsweek op-ed he wrote that was so offensive its editors had to append an apology to it, which read, in part:

This op-ed is being used by some as a tool to perpetuate racism and xenophobia. We apologize. The essay, by John Eastman, was intended to explore a minority legal argument about the definition of who is a "natural-born citizen" in the United States. But to many readers, the essay inevitably conveyed the ugly message that Senator Kamala Harris, a woman of color and the child of immigrants, was somehow not truly American.

UCLA School of Law professor Sean Hecht points out a falsehood in Eastman's filing – one Trump tweeted out earlier Wednesday: