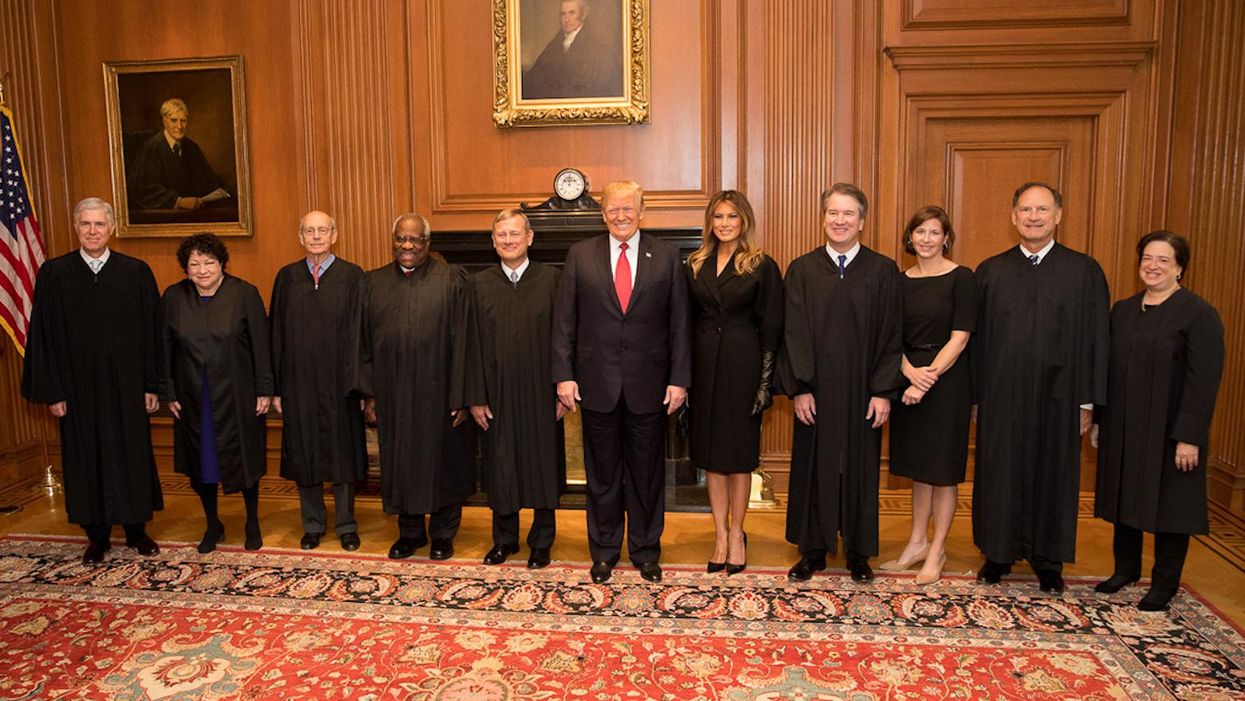 As was expected by countless legal observers, the United States Supreme Court threw out a Texas lawsuit on Friday night that had sought to overturn the 2020 presidential election.

The court said that Texas, which argued that four key swing states that had voted for President-elect Joe Biden had improperly conducted their elections, didn't have standing to bring its case.

"The State of Texas's motion for leave to file a bill of complaint is denied for lack of standing under Article III of the Constitution. Texas has not demonstrated a judicially cognizable interest in the manner in which another State conducts its elections," it said. "All other pending motions are dismissed as moot."

"It's over," said Brad Heath, a legal reporter for Reuters. "The court's decision - that Texas lacks standing to bring this case - means it could not and did not reach the other issues. But these claims have all been rejected for many, many, many other reasons by other state and federal courts. Many."

In fact, the case was largely rejected as a joke even by many conservative legal experts. While the standing issue proved a key roadblock, the case would have almost certainly failed on the merits had the court agreed to hear it.

But much of the GOP didn't see it that way, or at least pretended not to see it that way. Seventeen GOP attorneys general signed on to the suit, brought first by Texas Attorney General Ken Paxton, who many believe was simply trying to please Trump to get a pardon. More than 100 Republican members of the House also voiced support for the argument.

Trump himself threw his weight behind the push to overturn the election. After more than 50 cases brought in an effort to undo Biden's win had failed, the president said this case was the real deal:

In my view, we do not have discretion to deny the filing of a bill of complaint in a case that falls within our original jurisdiction. See Arizona v. California, 589 U. S. ___ (Feb. 24, 2020) (Thomas, J., dissenting). I would therefore grant the motion to file the bill of complaint but would not grant other relief, and I express no view on any other issue.

This means that while Alito and Thomas thought that though the law would have required the court to let Texas to file its arguments, they wouldn't have issued any injunction to block the finalization of the election. The Electoral College is slated to meet on Monday to cast a majority of its votes for Biden. Despite Trump's hopes, the Supreme Court has no plan intention of stopping it.