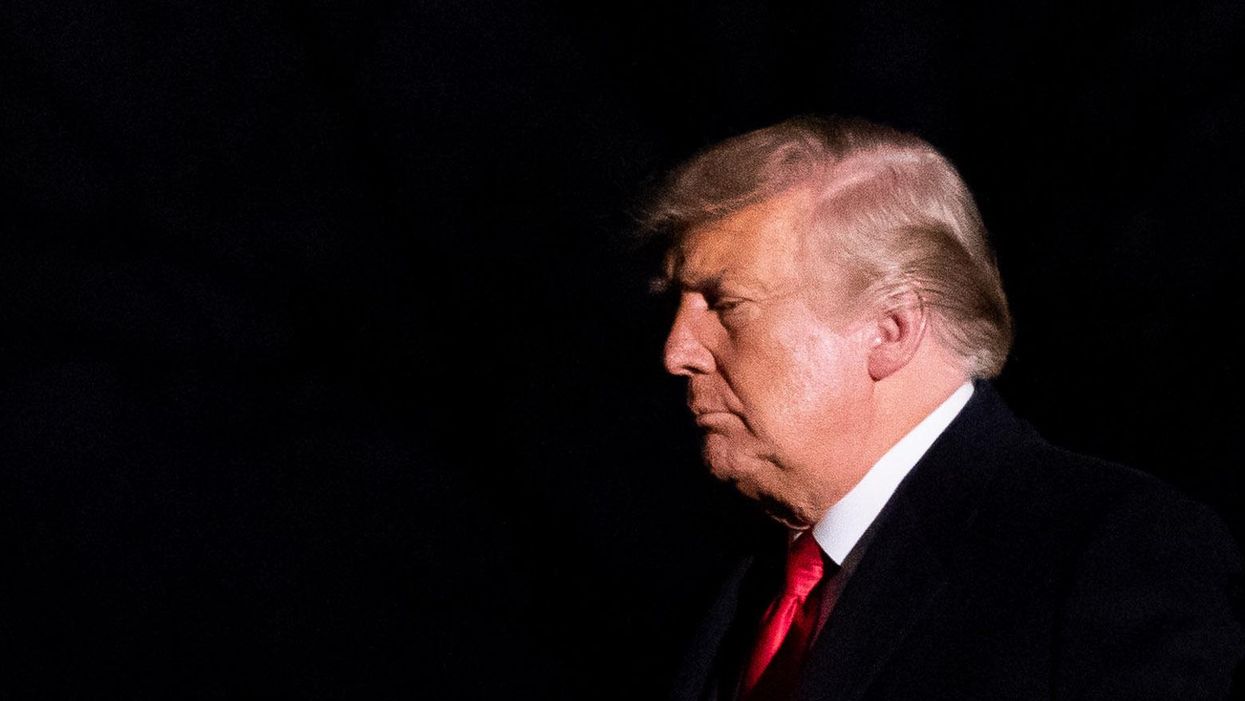 President-elect Joe Biden's win was reaffirmed on Monday with yet another crushing blow to outgoing President Donald Trump's attempt to steal the election. When the Electoral College met in capitals across the country, despite much consternation, the vote essentially went off without a hitch. Biden earned the majority with 306 electoral votes, while Trump garnered just 232 — a reflection of the tally that has been expected for weeks. Not a single elector turned "faithless" or voted in an unexpected way, compared to the seven who broke ranks in 2016.

Trump's desperate efforts to launch a coup and "overturn" the election — his word — have failed. Biden will be the next president.

But while some are taking this turn of events as a vindication of the American system, and a refutation of critics who feared Trump's authoritarian power grab, it's really a cold comfort.

It's true the courts consistently shut down Trump's bogus claims of election fraud or other allegations of irregularities. The Supreme Court even twice dismissed attempts from Trump allies to insert the justices into the election, greatly disappointing much of the Republican Party. And with only a few minor exceptions, elections officials, even elected Republicans, did their duties and repeatedly affirmed Biden's win, even when it was politically costly for them to do so.

Precisely because it was politically costly, though, to do the right and obvious thing — recognize and certify Biden's win — we can't be confident that next time around everything will fall into place. In Georgia, Gov. Brian Kemp and Secretary of State Brad Raffensperger both resisted calls directly from the president and his allies to use their power to overturn the election. Thankfully, both resisted. But that raises two frightening possibilities: Next time around, they'll have even more incentive to prevent a GOP loss, so they may be willing to go to even greater lengths to suppress the Democratic vote. Second, and even worse, the attacks they've taken from their own party may make them unelectable, and they may be replaced by people who feel they have no choice but to make sure a Republican wins no matter what. Others in different states might feel similar pressures.

The party, led by Trump, has become comfortable with the idea of rejecting election results and fighting tooth and nail to overturn them. They justify this to themselves by sharing strained and obscure arguments among themselves and by citing non-existent or easily explainable "irregularities" in the results. How sincerely they believe all this stuff probably varies person to person, but it creates a shared belief that challenging the election is a legitimate, acceptable, and a viable possibility. The idea that 2020 was an illegitimate election is likely to become party dogma, which will only entrench the party's disposition to reject democracy next time around. More than 120 House republicans and 18 Republican attorneys general signed on to a Texas lawsuit that sought to overturn the entire election. That might have seemed unthinkable to some a few weeks ago, but it's suddenly precedent, and it's not hard to imagine they'll go even further.

One of the biggest worries among some is that the right-wing judiciary and Supreme Court could find a way to flip a presidential election. It's certainly possible and shouldn't be ruled out. But it could only happen in a close race. As the court showed this time around, there are strict limits to the kinds of arguments it's willing to accept, even if, on the margin, the conservative justices would be willing to bend the rules in the GOP's favor.

The bigger danger, I'd argue, is Congress.

Early on in Trump's coup attempt, when I made the case that the president's actions should be taken seriously, I also had some words of reassurance. Despite the fact that the coup attempt was real, I said, the plan appeared to be fatally flawed in several ways. The biggest flaw and most significant roadblock to a successful theft of the election wasn't the courts but Congress. The 12th Amendment actually doesn't envision any role for the Supreme Court or any other judicial body in deciding an election. Congress ultimately accepts the slates of the electors from the states, counts them, and declares the winner.

The count can be contested — and this year, it likely will be — but any dispute is decided by both chambers of Congress. Since the House was to remain in Democratic control, and the Senate was split close enough and had several Republicans willing to recognize Biden's win, Trump ultimately had no serious chance of overturning the election. Congress just wouldn't let it happen.

The worry is that we might no be so lucky next time around. It's hard to make confident predictions at this point, but there's at the very least a decent chance Democrats will lose control of the House in 2022. They may or may not have control of the Senate in the coming year, but it's certainly possible they won't have either chamber by the time 2024 rolls around.

So what happens if Congress is fully controlled by Republicans, but the voters choose a Democratic president in 2024?

Normally, there'd be no question — the process would just be followed. But the GOP base may have had four years of radicalization behind them at that point, believing they were living under an illegitimate presidency. They'll reject out of hand the idea that they could be up for another four. Republican Party officials will already be primed to remember that they don't have to accept the media's call of the presidential race, nor the states' certifications, nor even the votes of the Electoral College. Ultimately, the authority to recognize the next president comes down to Congress.

With full control of Congress, would the Republican Party let a Democrat keep control of the White House?

Maybe they would. But after what we've seen this year, it's hard to be sure Republicans would do the right thing. They might be willing to let democracy die instead.