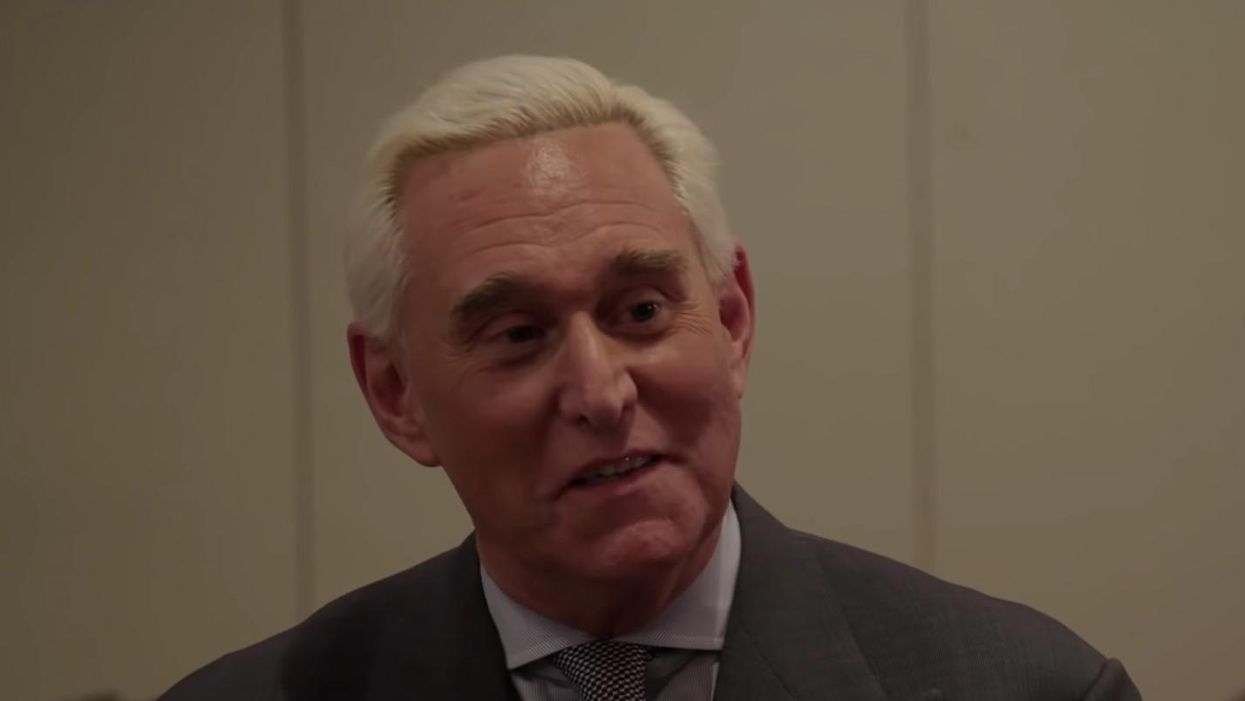 The Circus interviews Roger Stone about his indictments in 2019, The Circus on SHOWTIME
Alex Henderson
December 24, 2020

On Wednesday night, December 23, President Donald Trump announced yet another round of pardons — and this time, they ranged from his 2016 campaign manager, Paul Manafort to Charles Kushner, the father of his son-in-law, White House Senior Adviser Jared Kushner. Manafort and the older Kushner were both prosecuted for financial crimes, and Kushner was prosecuted for witness retaliation as well. In addition to the Manafort and Kushner pardons, Trump also pardoned his long-time ally Roger Stone, who was found guilty of obstruction of justice, witness tampering and other offenses. Trump had already commuted Stone's prison sentence, but on December 22, the president went a step further and gave Stone a full presidential pardon.

You truly did “Make America Great Again.” God Bless you & your family. I wish you a Merry Christmas & many good wishes for the coming years.
— Paul Manafort (@Paul Manafort)1608769921.0

The pardons of Manafort, Kushner, Stone and other Trump cronies aren't surprising, but that doesn't mean that the president's critics are finding them any less appalling. Here's what legal experts, politicians and media figures have been saying on Twitter about Trump's latest pardon sprees.

Which pardon so far is most inexcusable or angering and why? Doing some research.
— Preet Bharara (@Preet Bharara)1608778480.0

It's important to remember that a presidential pardon reduces the ability of the recipient to invoke his Fifth Amen… https://t.co/aBicQhI2D4
— George Conway (@George Conway)1608770831.0

Paul Manafort, after his pardon, can no longer assert his Fifth Amendment rights in connection to questions about R… https://t.co/ln5gk9NxWd
— Ted Lieu (@Ted Lieu)1608775674.0

There is an entire pardon office in DOJ for a reason: to carefully consider all pardon apps, and to consult with th… https://t.co/V8SNWYdvLq
— Daniel Goldman (@Daniel Goldman)1608765781.0

I wonder if Robert Mueller has any regrets this holiday season about whether he should have pursued an alternative… https://t.co/AeGR9Mx02X
— Ayman Mohyeldin (@Ayman Mohyeldin)1608774006.0

Once one party allows the pardon power to become a tool of criminal enterprise, its danger to democracy outweighs i… https://t.co/gZsAd7agQM
— Chris Murphy (@Chris Murphy)1608771592.0