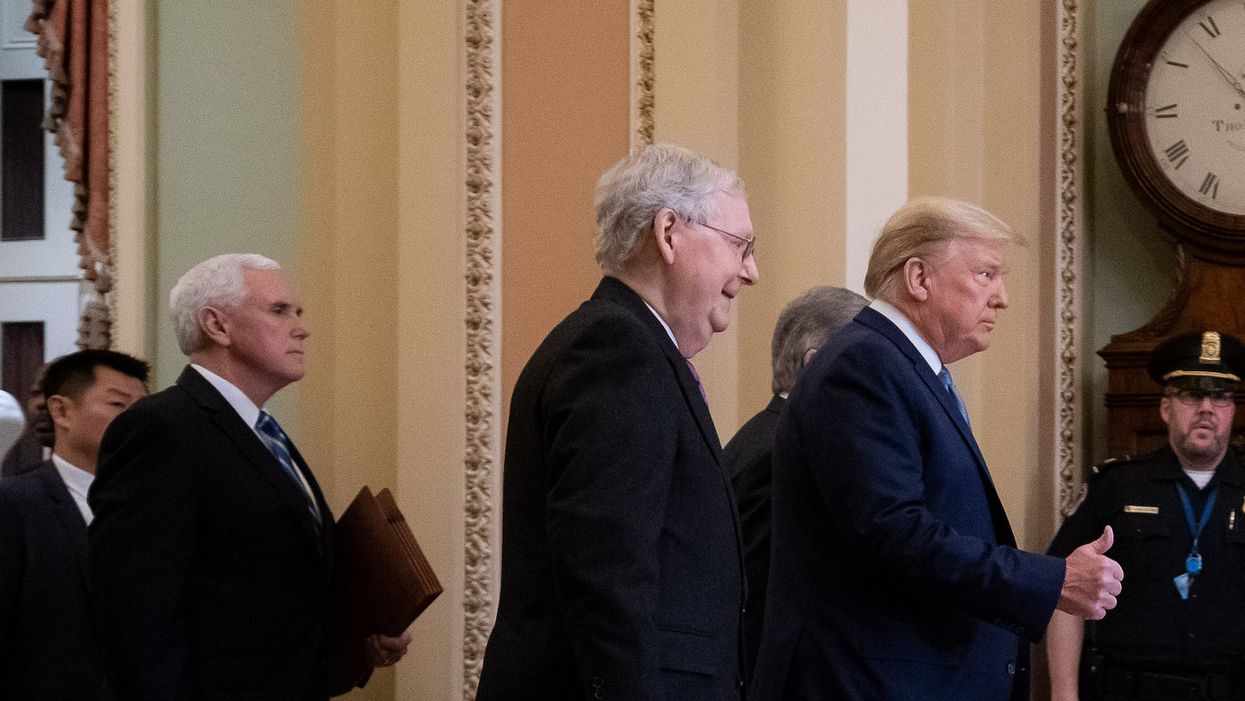 Senate Majority Leader Mitch McConnell refused to acknowledge President-elect Joe Biden's win for more than five weeks after major media organizations called the election—not through multiple recounts and more than 50 lawsuits affirming Biden's win. Not until the Electoral College voted. But once he did, Donald Trump lashed out almost immediately.

"Many of us hoped that the presidential election would yield a different result, but our system of government has processes to determine who will be sworn in on Jan. 20," McConnell said on the Senate floor Monday. "The Electoral College has spoken. So today, I want to congratulate President-elect Joe Biden." More consequentially, McConnell, joined by Sens. Roy Blunt and John Thune, went on to beg other Senate Republicans not to join some House Republicans in objecting to counting electoral votes from key states when Congress—and Mike Pence—tally the votes on January 6.

McConnell reportedly called that a "terrible vote" for Republicans, because they'd look disloyal to Trump in voting down the effort.

In response, late Tuesday night, Trump did a Trump, tweeting a Daily Mail article headlined "Trump's allies slam Mitch McConnell for congratulating Biden" along with the commentary, "Mitch, 75,000,000 VOTES, a record for a sitting President (by a lot). Too soon to give up. Republican Party must finally learn to fight. People are angry!"

Biden, of course, got more than 81 million votes. And the idea that Mitch McConnell doesn't know how to fight—or, more specifically, how to abuse power to the greatest extent possible—is truly outlandish. Electorally and legally speaking, Trump is the guy who's been leveled in a bar fight and is lying barely conscious on the sticky floor, still mumbling through a broken mouth that the winner of the fight is too much of a coward to take him on. The problem is that Trump continues to have the loyalty of his base, and as long as they remain dangerous, he does.