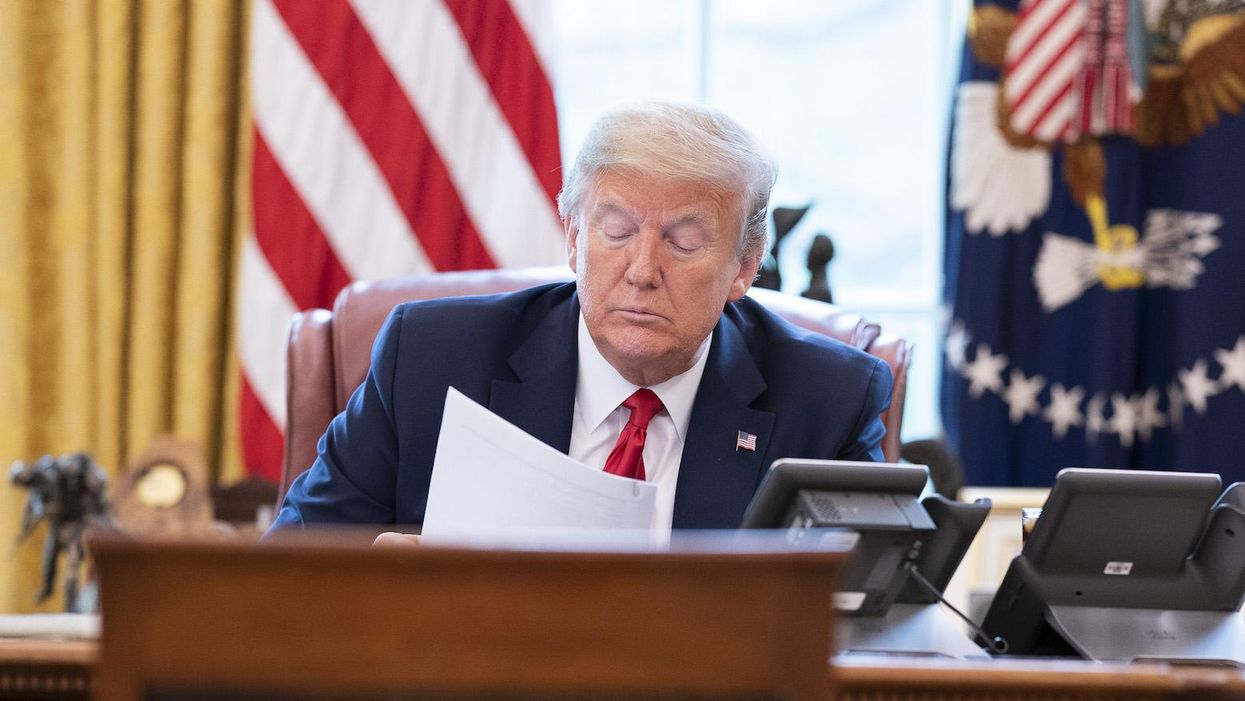 On Jan. 6, Mike Pence is scheduled to sit down in front of the Senate in his role as president of that body. Pence will open up the box of votes. Then Joe Biden officially wins. It's an absolutely ceremonial role, defined under the Twelfth Amendment in these terms:

The President of the Senate shall, in the presence of the Senate and House of Representatives, open all the certificates and the votes shall then be counted;-The person having the greatest Number of votes for President, shall be the President.

Despite the lawsuit filed by … sigh … Louie Gohmert, there is absolutely nothing in this amendment to suggest that Pence has a choice about opening that box, or any agency in determining what states get counted. The Electoral Count Act of 1887 only serves to underline this fact. Meanwhile, outside the doors of the Senate, Donald Trump has declared that the Wild Rumpus must begin! And really, there is no doubt that he is king of the monsters. What's concerning is that Trump has spent weeks urging his supporters to come to Washington on that date for a protest that he insists will be "wild" and is definitely yet another swing at defeating democracy.

It's recently become clear that some people who have had COVID-19 emerge from the disease with severe psychosis. But it's hard to blame Trump's actions on the virus. He was always this way.

As Rachael Maddow notes at MSNBC, Trump hasn't made it clear exactly what he expects when he gathers together every white supremacist Proud Boy, every Hawaiian shirt wearing Boogalooer, and every other variety of neo-Nazi in one place. But Washington insiders are worried that Trump is leaning into the suggestion by disgraced former general Michael Flynn that he dust off the Insurrection Act, declare a national emergency, and order up a revote until the states he doesn't like get it right.

As CNN reported back on Dec. 20, even Trump's own staff is worried that he's taking Flynn's nonsensical suggestion too seriously. And as the last of the equally ridiculous lawsuits and challenges in state and federal courts fizzle out, getting Pence to simply not count the votes seems like the only move left in the Subverting Democracy Handbook. After all, nothing says peaceful transition like an outgoing executive encouraging armed insurrectionists to mass around the capitol for a "wild" time.

The "March for Trump" website (deliberately not linked) is calling for a cross-country bus trip that touches such sacred spots as the Alamo and Trump's wall. They'll also be driving across Georgia. But even though they have their bus route planned out and press conferences scheduled along the way, the main event in Washington, D.C. remains to be described. The best the site can give is "details coming soon." That may be in part because the group behind the protest still doesn't have an approved permit. The group "Women for America First" had originally scheduled their members to interfere with Biden's inauguration before amending their request based on Trump's out-of-the-blue tweet about the wild protest on Jan. 6.

It's unclear just how many people will show up for Trump's latest gig. An attempt to gather the faithful on Nov. 14 brought only about 10,000 people to town—making Kayleigh McEnany an even bigger liar than Sean Spicer. It's quite possible that the only thing wild about this event is how wildly McEnany has to lie to make it seem as if there are still people who care enough to come when Trump calls. On the other hand, if Pence is only looking for an excuse, a single busload of Trump supporters will probably serve as well as thousands.

With no information about what Trump has planned for Jan. 6, it's hard to see where on the scale of "Hamberders for all!" to "Burn it down! Burn it all down!" this event can be expected to fall. All that can be said for sure is that Trump intends this event to threaten the completion of the election process, and that it's not too late for those attending to work on their costumes