'I don't know how this ends without violence and death': Trump's angry mobs spark terrorism fears 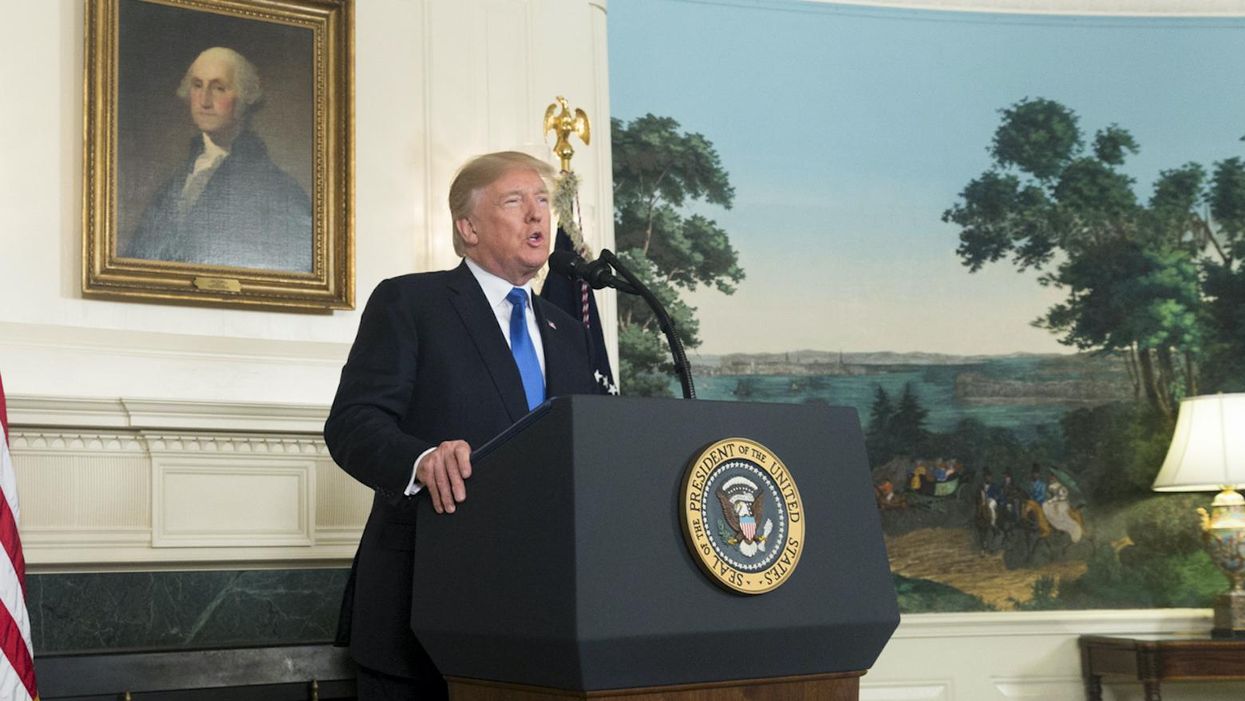 "In this effort, we stand in total solidarity with the Iranian regime's longest-suffering victims: its own people." (Official White House Photo by D. Myles Cullen)
Kerry Eleveld
and
Daily Kos
December 11, 2020

As more than 200 Republican members of Congress ignore their oaths to the Constitution and abet Donald Trump's fascist attempt to overturn the election results, their cowardly silence is damn near ensuring that someone—or multiple people—will end up dead.

"I don't know how this ends without violence and death," Clint Watts, a Senior Fellow at the Foreign Policy Research Institute and at the Center for Cyber and Homeland Security at George Washington University, told MSNBC's Nicolle Wallace Wednesday.

The pattern of threats is unmistakable and it is growing. Here's a brief overview:

As Watts pointed out, many of the most concerning threats are arising in states where militias and fringe right-wing groups have traditionally thrived—Idaho, Michigan, Arizona, and Georgia. Watts also believes the worst is yet to come. The relatively close election, he said, created a delayed response of sorts where people were waiting for an outcome and Trump's cultists believed he might still prevail. But, Watts added, "They now have had time to think about what they want to do, they have heard continuous false claims—which they want to believe—and now they are being pushed and pointed to places to mobilize." Watts added the dynamic was only going to get worse in the months ahead after Trump is ejected from the White House, the coronavirus starts to be less of a threat, and there's more public targets as people start returning to public life.

But as the threat of violence grows, the vast majority of GOP lawmakers continue pouring gasoline on the pyre. On Wednesday, 17 Republican attorneys general joined a doomed pro-Trump lawsuit seeking to overturn election results and subvert the will of the people in a handful of states. On Tuesday, GOP leaders Mitch McConnell and Kevin McCarthy torpedoed a symbolic resolution that would have recognized Joe Biden as rightful president-elect for the purposes of the inaugural ceremonies. And many state GOP lawmakers continue making various legal and rhetorical efforts to push support for Trump's fascist coup attempt.

Meanwhile, Trump himself is issuing clear calls to violence. "We will soon be learning about the word 'courage', and saving our Country," Trump tweeted Thursday, before spouting more unfounded gibberish claiming that he actually won the election until it was "FIXED!"

The toxic mix of events left MSNBC's Wallace practically speechless Wednesday on her show Deadline: White House. How, she wondered, could Republican lawmakers and even conservative media personalities possibly fail to draw the line at stoking violence over an election Trump clearly lost?

"That line is in the rear view mirror," responded former GOP strategist Steve Schmidt. "They crossed it. ... We cannot be fantastical in wishing that what has happened has not happened in our thinking. It has happened."

Schmidt went on to assert that the Republican party is no longer committed to the American ideal of representative democracy.

"They all know that Biden has won the election," Schmidt said. "What they're doing is for no purpose other than power. The Republican party is an organized conspiracy for the purposes of maintaining power for self-interest, and the self-interest of its donor class. There is no fidelity to the American idea and ideal."