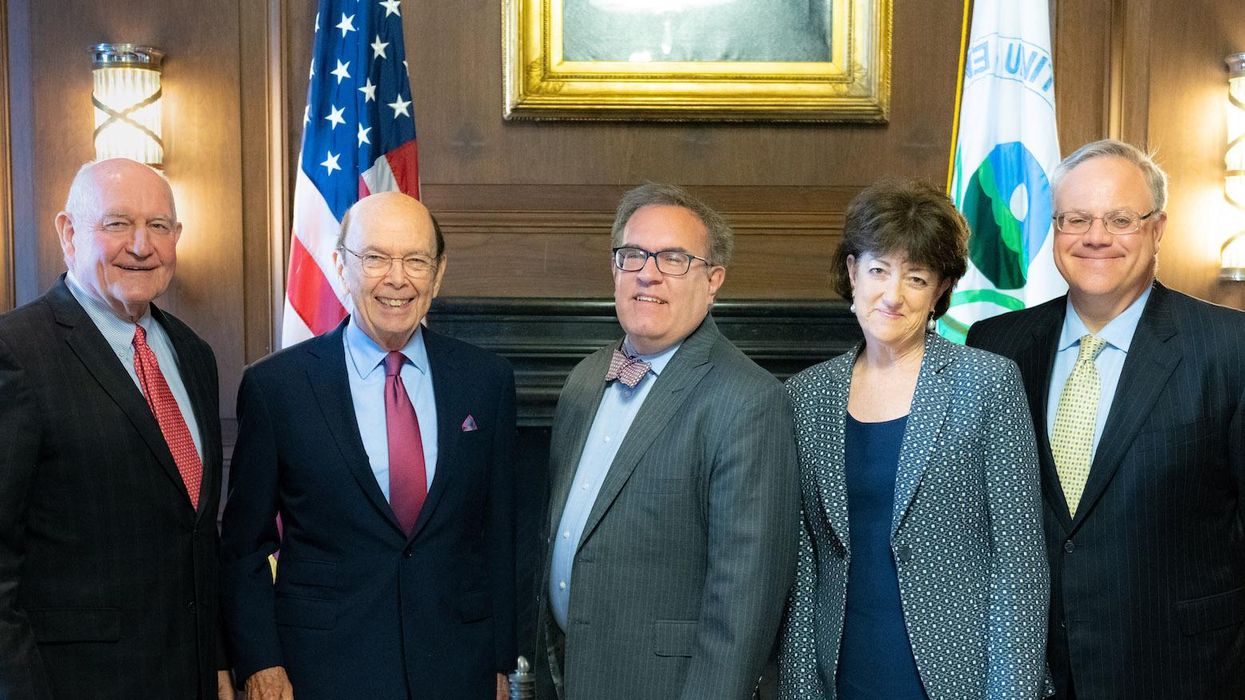 With President Donald Trump's first term soon coming to an end, the Environmental Protection Agency on Wednesday finalized a rule that critics are calling a last-minute attempt to "sabotage" future efforts by President-elect Joe Biden's incoming administration to tackle the intertwined climate and pollution crises.

Capping off nearly four years of Trump and members of his administration working to roll back over 100 environmental and public health protections in the service of corporate polluters, the new rule changes how the EPA calculates the costs and benefits of new policies on air pollution under the Clean Air Act.

The new requirements, as the Washington Post reports, "instruct the agency to weigh all the economic costs of curbing an air pollutant but disregard many of the incidental benefits that arise, such as illnesses and deaths avoided by a potential regulation. In other words, if reducing emissions from power plants also saves tens of thousands of lives each year by cutting soot, those 'co-benefits' should be not be counted."

Former coal lobbyist and current EPA Administrator Andrew Wheeler announced the finalization during a virtual event with the Heritage Foundation, saying, "thanks to President Trump's leadership, we are ensuring that future rulemakings under the Clean Air Act are transparent, fair, and consistent with EPA governing statutes."

Environmental and public health advocates pushed back against Wheeler's framing, blasting the rule as not only yet another piece of the outgoing administration's deregulatory agenda but also a blatant attempt to hamstring Biden, who ran on a promise to deliver environmental and climate justice.

"For four years, this administration has waged war on public health by kowtowing to polluters," Environmental Working Group president Ken Cook said of Trump's first term. "Now, on the way out the door, this amounts to sabotaging the efforts of the incoming administration to protect Americans from dirty air."

"It will literally be a breath of fresh air to soon have a president and an EPA working each day to make Americans and the planet healthier and safe," he added of Biden's planned January 20 inauguration. "But Administrator Wheeler and President Trump are hellbent on making that job as difficult as possible."

The rule comes in the midst of the deadly coronavirus pandemic, noted Chris Saeger, a spokesperson for Accountable.US. Early research has tied air pollution to a heightened risk of dying from Covid-19, which had killed over 288,700 people in the United States, according to John Hopkins University's global tracker.

"Donald Trump must be held accountable for selling out Americans' air quality to big oil companies and fossil fuel lobbyists during a public health emergency," Saeger said. "To restore our nation, the Biden administration must raise standards for the air we breath by rejecting these irresponsible policies that reward the special interests the Trump administration used to work for."

"This is an egregious 11th-hour attempt to handcuff the incoming administration and undercut the benefits of clean air—in the worst days of a global health crisis," she said of the new rule. "Our country is struggling to address racial injustice and a deadly pandemic magnified by pollution, which all heavily impact Black, Latino, and low-income people."

"The Biden administration should deep-six this dishonest and dangerous rule—and allow EPA to re-embrace its core mission, which is to protect public health and our environment," Davis added. "We'll use every tool, and look forward to working with the Biden team, to ensure that healthier future for all."