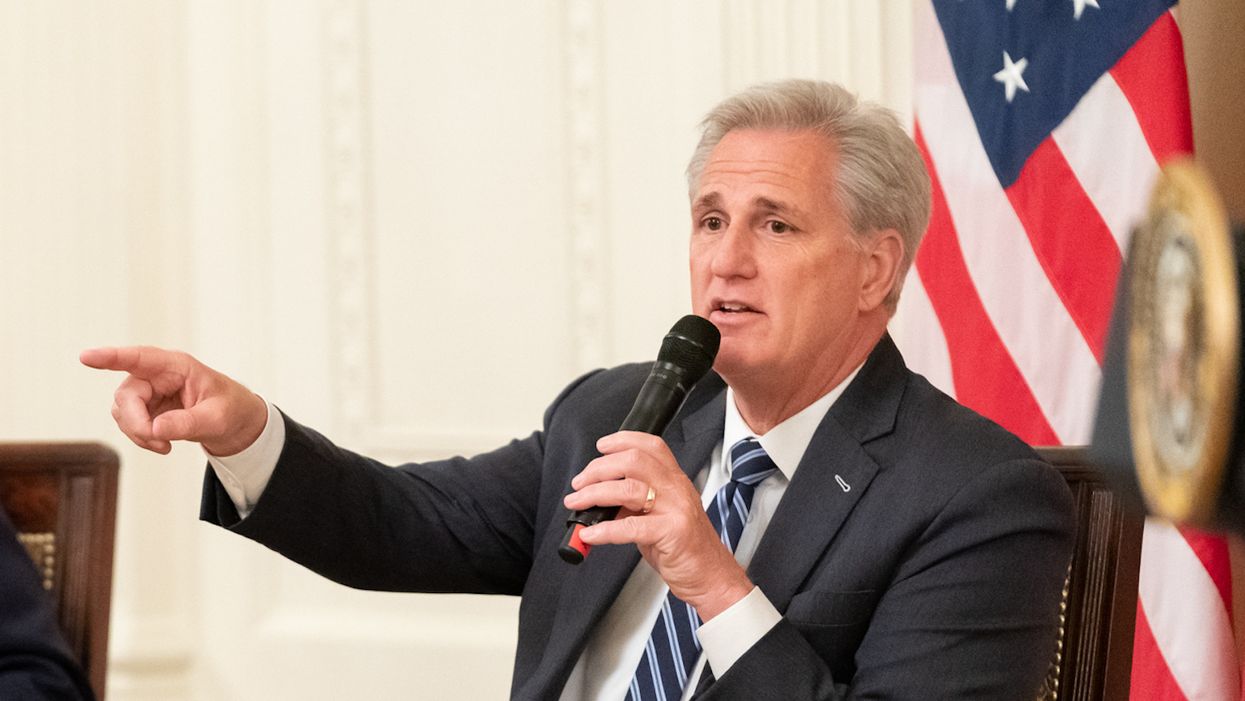 The United States Supreme Court may have washed its hands of the Republican fascist brigade's attempts to invalidate the November elections based on gummy propagandistic conspiracy theories, but that does not mean the lawmakers attempting to reinstall their Republican leader by force are giving up. After two-thirds of the House Republican caucus signed the amicus brief urging the Supreme Court to nullify the election, only to be rebuffed, the party's attention now turns to an attempt to simply throw out the electors chosen in Biden-won swing states when the House meets to formally confirm the Electoral College's tally.

Which means, as The New York Times uses as its own hook for the story, that we will soon get to see just how far Vice President Mike Pence is willing to go to humiliate himself in order to personally promote the fascist notion that we should set aside the results of the election because Dear Leader, a man entirely captured by the delusions of malignant narcissism, Doesn't Like Them.

None of this will succeed in overturning the election, mind you. The House Republican efforts to challenge the electoral results based on freak conspiracy theories have no chance of success, a fact still completely lost on Trump colon-dwellers like Rep. Mo Brooks of Alabama, who is promoting the scheme. Pence's own role is mostly ceremonial. He gets to read out who got the most votes and therefore won; if he wanted to strip off his clothes, don a diaper, and go on a raging floor-kicking tantrum proclaiming that up is down and all the Biden votes are actually Trump votes he could do so, but it's not clear it would have any substantive effects beyond being ejected from the building.

With the possible exception of Brooks and a few other bonafide dumbasses, all involved understand that objections to the Electoral College totals would be for the sake of spectacle, not results. It would be yet another bit of propaganda aimed at publicly discrediting the new non-Republican leader, a stepping-stone and commitment to upcoming declarations that the new administration is not only their ideological enemy, but illegitimate. House Republicans intend it as a furtherance of the grand hoax—the proclamation that because the Republican did not win, the votes themselves are illegitimate.

In this particular case, however, (most) House Republicans do not sincerely intend to win. But neither would they feel chagrined if their actions further provoked the sort of far-right violence seen in Washington, D.C., this weekend—the very public suggestion that non-Republican rule can simply no longer be tolerated by the unwashed masses, and that their non-Republican opponents should begin contemplating their own safety if they intend to continue thwarting Republican demands. That is the goal behind nearly all of this nonsense: to delegitimize; to put the stochastic notion in public heads that if The Base suffers a setback in its ambitions, it can only be because The Base was conspired against. It was conspired against by the urban, and the globalists, and the socialists.

Back to the hook, though—now that is interesting. We are asked to wonder whether Mike Pence, a man who has eagerly debased himself at every turn, who has peddled every lie asked of him, who steadily moved from studious silence to blustering defense, as Trump moved from crassness to incompetence to corruption, who allied himself with white nationalism and with each sponsored cruelty, a maudlin performative Christian who has led Trump's own efforts to convince white conservative believers that there is something resembling divinity in the tax-dodging, bank-frauding, rapist boor—we are asked to ponder whether Trump leather insole Mike Pence would make an ass of himself here, for an effort absolutely assured to fail, for the sole purpose of delegitimizing Trump's enemy and making the boom-boom man slightly less sour than he otherwise would be for a few subsequent hours.

Is there a chance Mike Pence would not?