We should treat these Republicans like the fascists they are 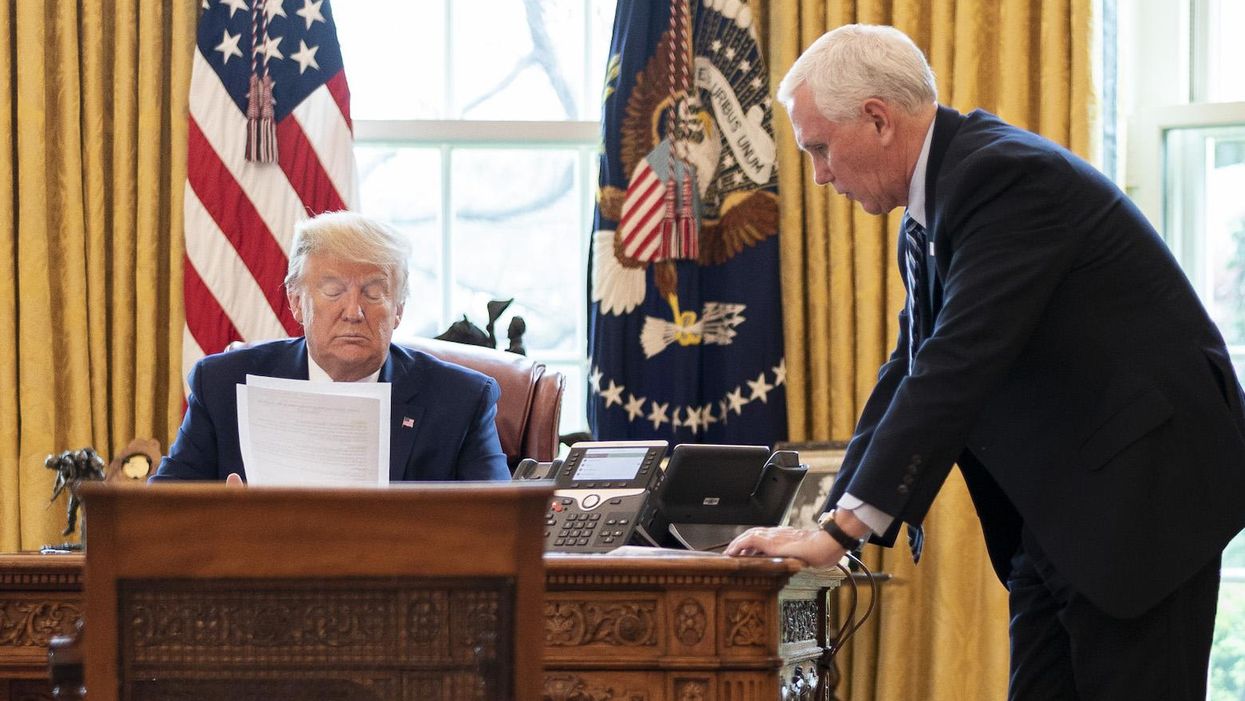 Now that the Supreme Court has ruled on Texas' ridiculous suit against four other states, perhaps we can take stock of what's happened over the past few weeks.

Imagine a world where over one-half of the members in the Republican House of Representatives, including the top Republican in that caucus, sign on to a clumsy, thoroughly bogus attempt to overturn a national election based on contrived lies that add up to nothing except the fact that their man lost. Not just "lost," mind you, but was soundly beaten. Had his ass kicked, in fact, both in the popular vote and the electoral college tally.

And imagine a Republican Senate Majority equally contemptuous of the winner of that election, wielding the power to hold hostage many of the new President's first official actions—such as the basic function of picking a Cabinet. That Senate uses the excuse that the election was still being "litigated" to stall even scheduling hearings on his Cabinet nominations.

Imagine the outgoing, losing president, doing his level best to sabotage and hamstring the man who beat him in the election, alternatively whining and threatening elected Republican officials, demanding a list of those opposed to him, so that he could single them out for punishment.

And imagine all of this occurring against the backdrop of the worst public health crisis, combined with an equally virulent economic calamity, to hit this country in over a century.

If you really want to appreciate the insanity of what we're witnessing right now, just play the alternative scenario in your head.

Had President Barack Obama lost to Mitt Romney in 2012 by over seven million votes, suffered a 306-232 Electoral college shellacking, yet insisted he was the rightful winner, accusing the Republican Party of a massive and fraudulent campaign to undermine him, all while refusing to concede the election, you don't really need to think too hard to comprehend how this whole sorry episode in our country's history would have played out.

So despite the Supreme Court's ruling, wiping out this latest attempt by the GOP to subvert and destroy our country, there's really something unspeakably terrible about this moment. It's bad enough as it is, but it's actually getting worse, Supreme Court rulings notwithstanding.

By now many people have put their finger on what's going on here. Basically, the Republican Party has shown its true colors. In a way, perhaps, we should thank Donald Trump for bringing this out in the cold light, for all to see.

To Trump's strongest supporters, Biden's win is a fraud because his voters should not count to begin with, and because the Democratic Party is not a legitimate political institution that should be allowed to wield power even if they did.

This is why the authoritarian remedies festering in the Trump fever swamps—martial law, the usurpation of state electors, Supreme Court fiat—are so openly contemplated. Because the true will of the people is that Trump remain president, forcing that outcome, even in the face of defeat, is a fulfillment of democracy rather than its betrayal.The Republican base's fundamental belief, the one that Trump used to win them over in the first place, the one that ties the election conspiracy theory to birtherism and to Trump's sneering attack on the Squad's citizenship, is that Democratic victories do not count, because Democratic voters are not truly American. It's no accident that the Trump campaign's claims have focused almost entirely on jurisdictions with high Black populations.

To Republicans, only white votes matter now. Are you wondering why you haven't heard any accusations about voter fraud in the suburban counties surrounding Philadelphia, for example, which helped Joe Biden win Pennsylvania? There are no such accusations, because those areas are predominantly white.

Back to our imagined scenario: If Barack Obama had attempted this, the Republican Party would long since have lined up in unison, braying for his head on a platter. There would be no reticence in calling this exactly what it is: treachery, treason, sedition of the highest order.

Republicans wouldn't be demanding hearings. From the top of the GOP leadership down, they'd be demanding an inquisition. They'd be urging all of their constituents to flood the streets.

But back in our real world, Democrats have been remarkably quiet about what is happening. Perhaps it's an expectation that this will all blow over, once the Electoral College votes on Monday. Perhaps the thinking is, following the lead of Joe Biden, Democrats want to project an air of professionalism and capability while the Republicans make fools of themselves. Perhaps they're inclined to just let the media do the castigating for them. Perhaps, as some have suggested, they feel as if their Republican counterparts are only behaving this way because they know their efforts will be unsuccessful.

I don't understand this thinking. It seems ridiculously naive, particularly under these times of unprecedented crisis, where thousands of Americans are dying in hospitals every single day.

The Republicans have embraced fascism. I don't know how many times it's going to be necessary to say this. I don't know how it can be said more clearly. There will not be any cooperation with these people. They've sold their souls. Fascists are impervious to reason, shame or argument. The only thing they understand is power when it's used against them.

A majority has power, and it knows when to use it.

What the Republicans are doing has been, and is, intolerable. Any Republican—at the state level, the federal level, or in any other capacity—should be made to understand that they have betrayed the country. They need to know that they will be viewed and treated like people who have betrayed their country—for the rest of their political careers. They need to be made to understand that they will face the consequences of their 2020 treachery for the rest of their lives.

Unless and until that happens, they will continue to mock us, to disenfranchise us, knowing that we will sit back in fear, relying on our fragile "institutions" to protect us. And then they will try it again.