Far-right radio host gives Trump cultists a dose of reality: ‘There is no theft of election’ 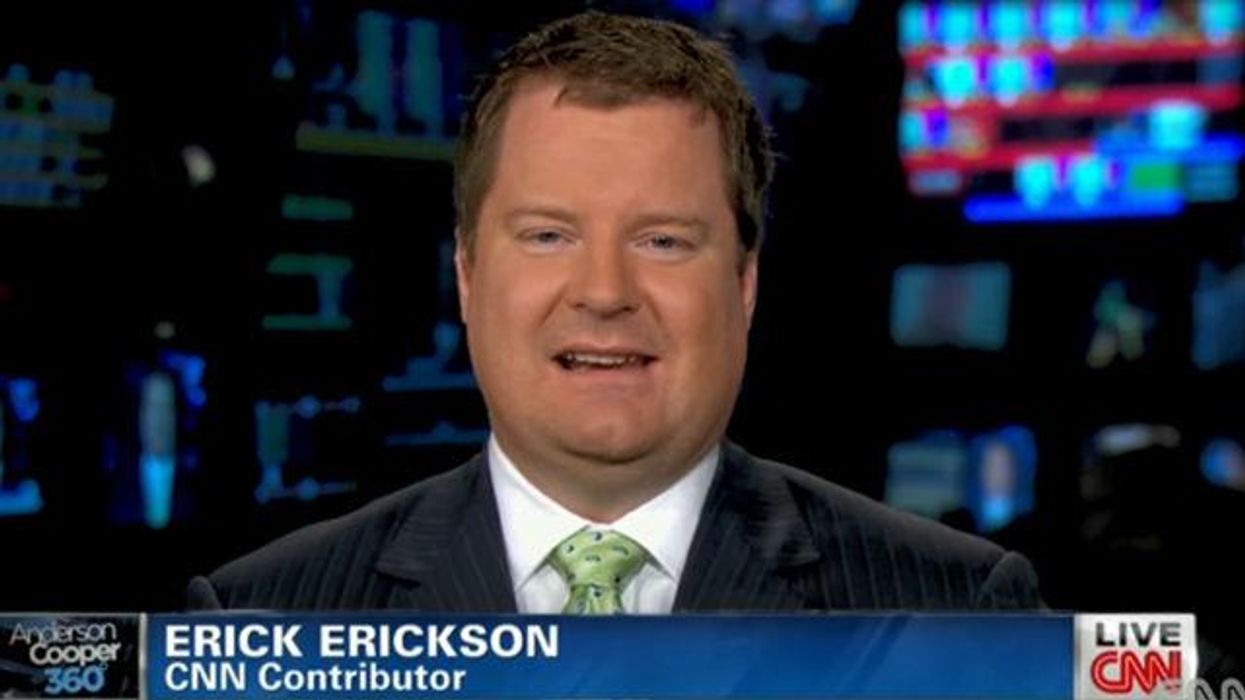 Erick Erickson, the far-right talk radio host and blogger who formerly served as editor-in-chief of RedState, hoped that President Donald Trump would win a second term. But unlike other Trump supporters on the far right, the 45-year-old Erickson is not claiming that Trump is the real winner of the 2020 presidential election and that millions of fraudulent ballots were cast against him. Erickson acknowledges Joe Biden as president-elect, and he offers fellow Trump supporters a dose of reality in a Twitter thread posted on November 30.

Erickson opens his thread by predicting that he will be deluged with hate mail from Trump supporters:

Might as well start up the nightly bag of hatemail with some blunt truths. I say this as a supporter and donor of… https://t.co/Z8LDn4hbcK
— Erick Erickson (@Erick Erickson)1606783149.0

Erickson goes on to outline the ridiculous conspiracy theories that many Trump fans have been promoting about the election results:

The paper ballot votes in Georgia aligned with the Dominion Voter Systems machine count so that is proof the electi… https://t.co/ntweDtO1SO
— Erick Erickson (@Erick Erickson)1606783151.0

But after that, Erickson offers a harsh reality check:

The lawsuits being filed by President Trump's team are all being tossed from court, often by the judges the Preside… https://t.co/v5Yp07rW3g
— Erick Erickson (@Erick Erickson)1606783151.0

Maybe it is all a grand conspiracy or maybe, just maybe, and this is a wild idea, but maybe the man who said he hir… https://t.co/wPWlV9pVQQ
— Erick Erickson (@Erick Erickson)1606783151.0

Erickson even acknowledges how gullible Trump's unquestioning sycophants can be:

And then maybe, just maybe, because it is him, not them, that is the problem, ultimately it is really you who are t… https://t.co/iiOgh4gQiS
— Erick Erickson (@Erick Erickson)1606783152.0

…to admit you were played and he lost and there was no deep state conspiracy or theft of the election would actuall… https://t.co/BUPPKtzD3C
— Erick Erickson (@Erick Erickson)1606783152.0

Maybe Hillary Clinton was so deeply disliked that Trump could beat her and if he'd not flubbed his first debate, no… https://t.co/kpESYdvSiP
— Erick Erickson (@Erick Erickson)1606783153.0

Or, who knows, maybe the deep state stole it and, if so, using the same machines in 4 years, good luck running Trump again.
— Erick Erickson (@Erick Erickson)1606783153.0

Here are some responses to Erickson's thread:

@EWErickson Thanks for doing this Erick. Doubt it will change hardcore MAGA cult minds, but hopefully it talks down… https://t.co/wfDVvF3q7v
— DaMac (@DaMac)1606786921.0