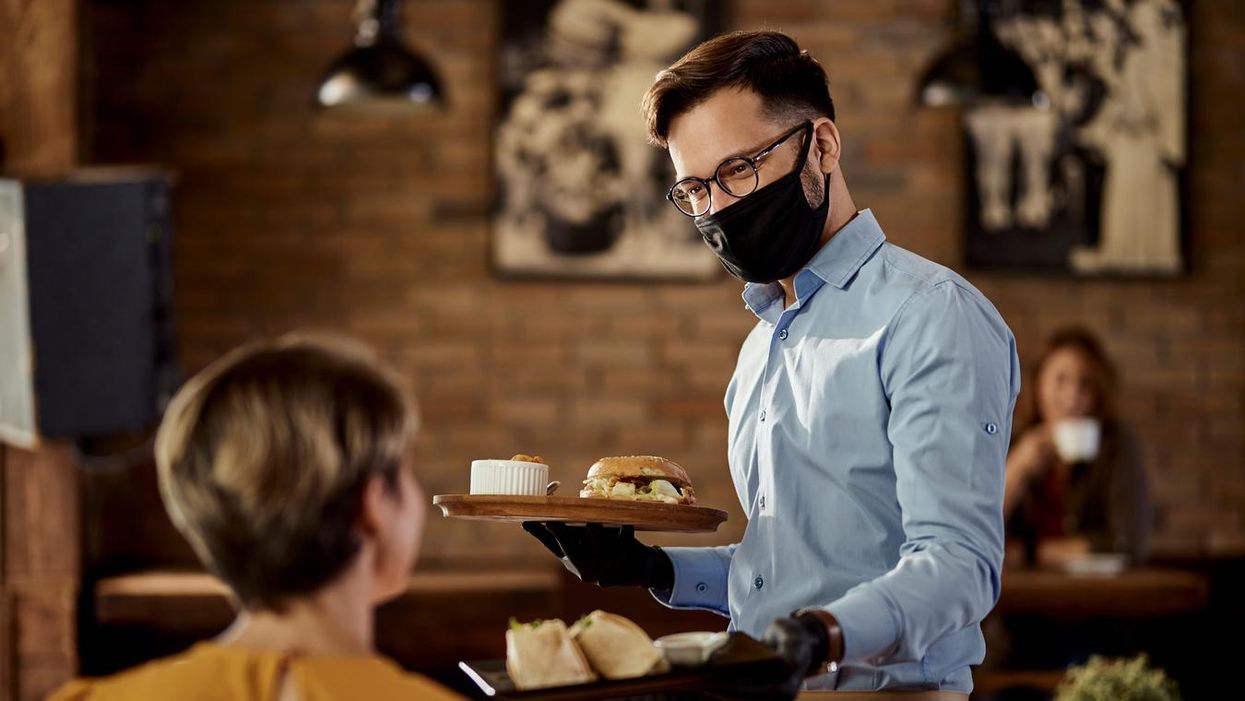 Just hours before President Donald Trump surprised millions by pushing for enlarged stimulus checks in the new coronavirus relief package, his administration on Tuesday added to its extensive record of anti-worker policymaking by finalizing a regulatory change that enables employers to dispossess tipped workers of more than $700 million per year.

The new regulation (pdf)—long sought by the restaurant industry—expands tip pools "from front-of-the-house employees alone to include back-of-the-house employees" in the handful of states where servers receive the standard minimum wage. It also relaxes limits on the amount of nontipped work that can be done by tipped employees earning a subminimum wage, which exists in all but eight states.

By requiring tipped workers "to share that gratuity with nontipped staff members... the new rules allow businesses to use tips, rather than wage increases, to compensate dishwashers, cooks, and janitors," critics of the changes told the Wall Street Journal Tuesday.

And by increasing the share of nontipped work that can be done by tipped workers who are paid a lower base wage, the Trump administration's new rule "will transfer large amounts of money from workers to their employers"—causing employees to lose more than $700 million annually, wrote Heidi Shierholz and David Cooper of the Economic Policy Institute (EPI), a progressive think tank whose research foregrounds the interests of low-income workers.

The "rule change regarding tipped workers is outrageous," Saru Jayaraman, president of One Fair Wage, said Wednesday on Twitter. "It would steal more money from millions of tipped service workers who are already struggling on the brink of homelessness and starvation."

The rule change that the @USDOL announced is exactly the opposite of what restaurant workers need right now. What t… https://t.co/LjkwCvyn0m
— One Fair Wage (@One Fair Wage)1608750043.0

Prior to Tuesday's changes, tipped employees "had been protected by the very clear '80/20' rule, which says they can spend a maximum of 20% of their time on nontipped duties while still being paid the subminimum wage for tipped workers," Shierholz said Tuesday.

The new regulation removes the "80/20" measure, "replacing it with vague, much less protective language," she noted.

As Shierholz explained, the rule modification will negatively affect the earnings of tipped employees because it allows them "to be paid the subminimum tipped wage while performing an unlimited amount of nontipped duties—as long as those nontipped duties are performed 'contemporaneously with tipped duties or for a reasonable time [emphasis added] immediately before or after performing the tipped duties.'"

The Trump administration, however, does not define "reasonable time." According to Shierholz, "Its ambiguity will make it difficult to enforce, providing employers an immense loophole and leaving workers behind."

Jayaraman said that "unscrupulous employers will take advantage of this rule, attempting to pay tipped workers a subminimum wage even when they are folding napkins, stocking shelves, or even moving tables or cleaning bathrooms." She added that "this rule change will make tipped workers even more vulnerable to exploitation and abuse, and will have far-reaching implications for working people, especially women and people of color."

Predicting the consequences of the rule change in November 2019, one month after it was first proposed, Shierholz and Cooper wrote that "the restaurant's gain is the workers' loss."

In addition to hurting the income of tipped workers, Shierholz and Cooper wrote, the new regulation disincentivizes hiring nontipped, minimum wage-earning workers. According to the pair of economists, "As employers ask tipped workers to do more nontipped work as a result of this rule, employment in nontipped food service occupations will decline by 5.3% and employment in tipped occupations will increase by 12.2%, resulting in 243,000 jobs shifting from being nontipped to being tipped."

Both the projected reduction in nontipped restaurant job opportunities, which are more likely to be held by people of color, as well as the estimated $700 million in annual wages "captured" by employers were calculated before the Covid-19 pandemic. As Shierholz put it, "The impact of this rule will likely be much worse for workers during the Covid-19 era, since nontipped work now makes up a much greater share of work being done in establishments that employ tipped workers (for example, restaurants have shifted their services from dine-in to takeout)."

"The Trump administration opting, in its last 29 days and during a pandemic, to take more than $700 million out of the pockets of service workers is an emblematic parting blow from this administration to the working people of this country," said Shierholz. "The rule will not take effect until after President-elect Biden has been sworn in—the Biden administration should move immediately to postpone the effective date of this rule and use the time to develop a plan to rescind it."

Adding to the chorus of criticism, Jayaraman noted that One Fair Wage is strongly opposed to allowing "restaurants to pay the subminimum wage for tipped workers even when their employees are performing work that does not allow them to interact with customers and thus earn tips."

"Our studies show that tips are already down 50-75%," she added. "What workers need now, more than ever... is a full, fair minimum wage for all workers with tips on top."