Here's the case for indicting Trump for federal crimes — even if he pardons himself: attorney 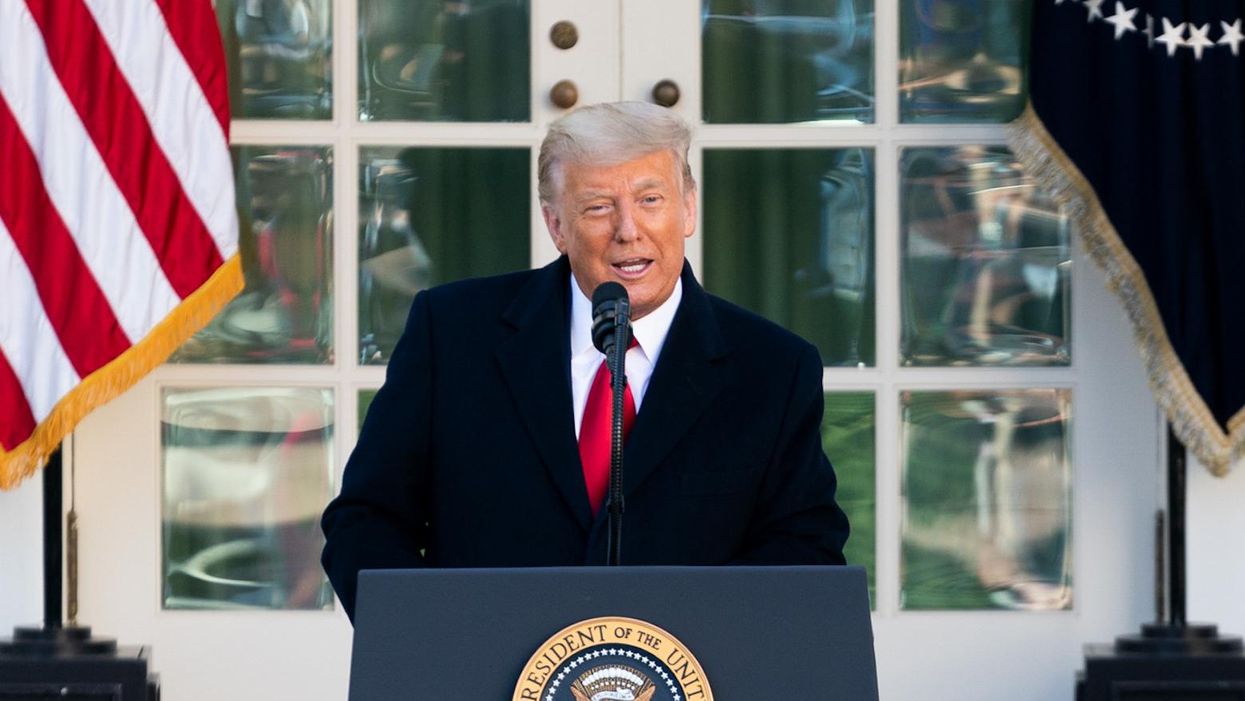 In a comprehensive column for the conservative Bulwark, attorney Philip Rotner examined the multiple legal perils Donald Trump is facing after he leaves office before suggesting federal authorities should indict the president — if warranted — even if he pardons himself.

Although it is only speculation at this point that the president will attempt to absolve himself of all federal crimes by bestowing a presidential pardon upon himself before leaving office, there is also speculation that he will resign and then Vice President Mike Pence would issue the pardon once he assumes the presidency — if only briefly until President-elect Joe Biden is sworn in.

As Rotner writes, and has been well documented, the president will lose his immunity from prosecution at the state level once he leaves office but federal crimes is a completely different matter.

As former federal prosecutors Donald Ayers and Dennis Afergut wrote in USA Today, should Trump self-pardon, "… its legality will be decided in the Supreme Court if Trump were indicted" for federal crimes.

As Rotner explained, Justice Department officials — without interference from the incoming Biden administration — should make the call whether the president committed indictable crimes and then proceed to file charges regardless of a possible self-pardon — then let the courts decide whether they can proceed.

Put simply, he wrote, if the president hands himself an all-encompassing pardon all bets should be off."

Differentiating from a Pence pardon, which he wrote would be game over if it came to appeals to the court to overturn it, Rotner wrote that Trump's self-pardon would be a great test case on the limits of presidential power and could serve as a warning for future presidents.

"Federal prosecutors should view a purported self-pardon as an invitation to file any charges warranted by the facts, full stop. Criminal indictments would not only hold him legally accountable, but also would vindicate the principle that in the United States a president is not a king, cannot be his own judge and jury, and does not have the constitutional authority to pardon himself," he wrote.

Using the opinions of some legal scholars who believe, "…self-pardoning is inconsistent with Article I's insistence that someone removed from office by impeachment shall "nevertheless be liable and subject to indictment, trial, judgment and punishment," the Bulwark columnist wrote that — should the self-pardon situation arise, prosecutors should put the question of the limitation to the test.

"The only way to test a purported self-pardon would be to file charges, let Trump assert a defense that his self-pardon immunizes him from prosecution, and defeat that defense in court," Rotner wrote. "If there's insufficient evidence to support a criminal charge, that's fine. If there's sufficient evidence to indict, that's fine too. If Trump attempts to pardon himself, it should be challenged by bringing any appropriate criminal charges against him."

Rotner went on to state the president not only has a trail of multiple crimes committed while he has been office that may be prosecutable, but he might be involved in criminality trying to disrupt the transfer of power to the new administration.

Explaining, Trump's "crusade to subvert and overturn the result of the 2020 presidential election … has serious criminal implications," and has is clearly in violation of a federal law making it a criminal act "to 'oppress, threaten, or intimidate' any person in the free exercise of any right secured by the Constitution or the laws of the United States. Other statutes dealing with undermining or interfering with elections would also come into play."

However, he suggested investigators might want to avoid going down that rabbit hole writing that it would be a "holy mess."

Summing up, Rotner wrote, "if Trump purports to pardon himself, federal prosecutors should not forgo any prosecution they were otherwise planning to bring," before adding, "Trump should be held accountable outside of the criminal justice system, and the Biden administration should actively pursue concrete changes to the laws, regulations, and norms that govern the presidency."

You can read much more here.