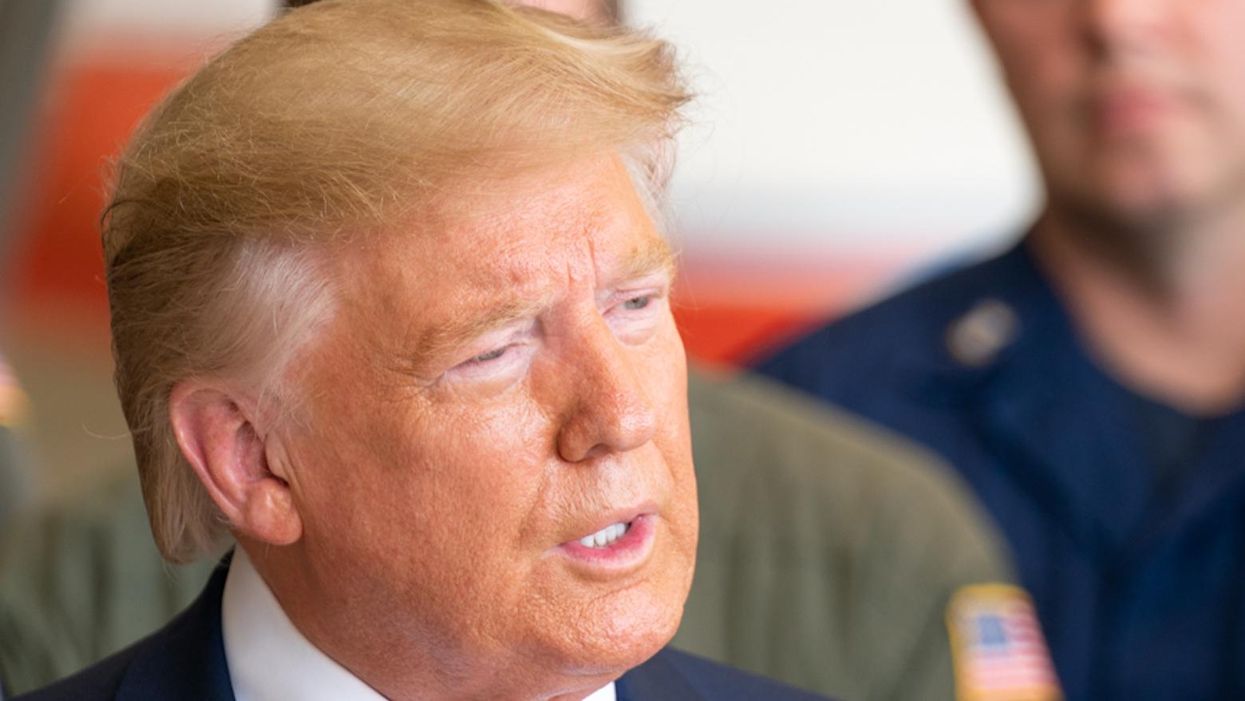 A new, heavily redacted filing in the U.S. District Court for the District of Columbia revealed on Tuesday that the Justice Department is seriously investigating a potential "bribery conspiracy scheme" relating to a presidential pardon. The document were first publicized by CNN.

The names of individuals involved in the investigation have been redacted throughout the documents since they haven't been charged at this point with any crimes. President Donald Trump's name does not appear in the filing. But of course, only a president can issue a presidential pardon.

A memorandum opinion from Chief Judge Beryl Howell also suggests that the Justice Department is investigating whether two people whose names are redacted "acted as lobbyists to senior White House officials, without complying with the registration requirement of the Lobbying Disclosure Act."

The memorandum suggests that the person seeking a pardon has already been charged and sentenced for a crime. It also suggests the person in question is already in the custody of the Bureau of Prisons.

The heart of the question Howell was addressing in the opinion was whether certain evidence, obtained by investigators with a search warrant, should be covered by attorney-client privilege. Her discussion of the issue suggests that an attorney, possibly working for the president, was involved. However, she also says that the involvement of a third-party in the communications nullifies the attorney-client protection.