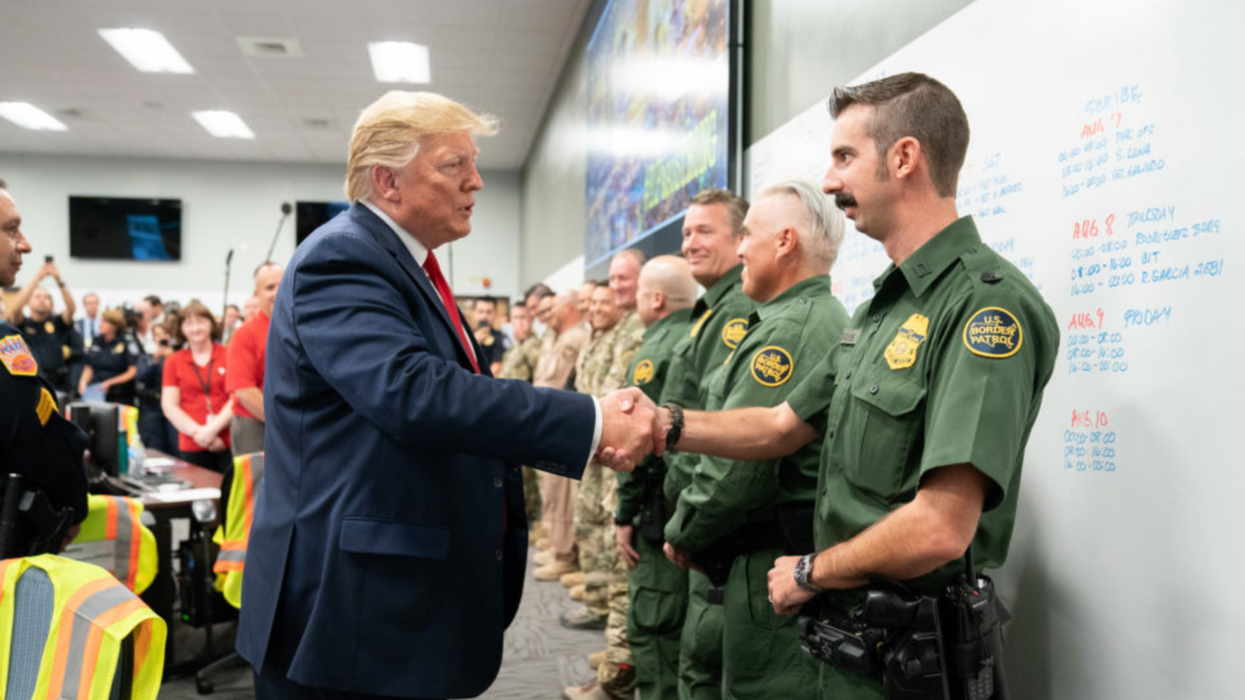 Photo via the White House.
Igor Derysh
and
Salon
December 16, 2020

Justice Department lawyers admitted on Saturday that the Trump administration is openly defying a court order issued by a federal judge who has frequently tangled with the DOJ since President Donald Trump took office.

Judge Emmet Sullivan ordered border officials last month to stop deporting unaccompanied migrant children without a court hearing or a chance to seek asylum in the United States. DOJ lawyers acknowledged in a court filing over the weekend that the Department of Homeland Security has ignored Sullivan's order and since deported at least 66 unaccompanied migrant children in "contravention" of November's ruling.

The Trump administration is using a public health law that allows the government to temporarily block noncitizens to summarily deport more than 13,000 unaccompanied migrant children amid the coronavirus pandemic. Sullivan ruled last month that the law does not allow the administration to deport border-crossers without due process and that the policy was in violation of the legal safeguards Congress created for migrant children. Federal law requires border officials to transfer unaccompanied migrant children to facilities run by the Office of Refugee Resettlement, which is required to provide the children with lawyers as they seek asylum or to avoid deportation.

The DOJ's filing on Saturday showed that 34 children between the ages of 12 and 17 were deported by Customs and Border Protection despite November's court order. One of the deported children was an American citizen who was later allowed to reenter the country.

Immigration and Customs Enforcement also admitted earlier this month that it deported 32 unaccompanied migrant children on the day of Sullivan's decision. The agency claimed it was unaware of Sullivan's order at the time.

"At the time the flight arrived in Guatemala City and the unaccompanied minors were transferred, neither the ICE personnel on the flight, nor those on the ground in Guatemala City, were aware of the injunction," ICE official Jeffrey Lynch said in a filing, adding that the department then made a decision not to return the children back to the US.

The CBP deportations came despite agents being issued guidance to follow the court order, agency officials admitted, but said that some supervisors and agents were unaware of the guidance. The officials cited the pandemic as a contributing factor, noting that it has impacted in-person training.

Border Patrol chief Rodney Scott and William Ferrara, the head of the CBP Office of Field Operations, said in the filing that they regret the improper deportations and have notified authorities in Mexico and Canada of the children that were illegally deported. Scott said the agency is considering "formal discipline" for some supervisors.

The ACLU said the policy is inhumane and must be reversed.

"The widespread failure to comply with the injunction is deeply concerning and we hope the illegally expelled children will not be harmed before they can be found, if they can be found," Lee Gelernt, a lawyer for the ACLU who is challenging the deportations, told CBS News. "This cruel and unlawful policy, like so many others from the Trump administration, was putting thousands of children in grave danger," Gelernt continued. "Not surprisingly, all three federal judges who have looked at it have concluded it should be halted."

The policy was implemented in mid-March. By the end of September, the administration had used the policy to deport more than 200,000 migrants. Sullivan's order does not affect other migrants who can still be deported without due process, including families with children. The administration has argued that the policy was called for by the Centers for Disease Control and Prevention to prevent outbreaks at immigration facilities but three former administration officials told CBS News that the White House overruled career experts and pressured the CDC to implement the policy this spring.

"We were forced to do it," one former health official said. "We exhausted all of the options. We delayed. We slow-rolled. We flat out said there's not a public health justification. We said no. And then we were told, 'Do it.' So, at the end of the day, your options are to resign in protest or sign it. And if you resign in protest, the next person is just going to do it anyways."

President-elect Joe Biden has vowed to direct the CDC and DHS to review the policy so that migrants are allowed to make asylum claims though he did not say he would end the policy.

Advocates say the policy is unnecessary and should be reversed.

"It is unconscionable that they are leaving the kids there and that they did not immediately bring them back," Sarah Pierce of the Migration Policy Institute told BuzzFeed News.

"This policy is counter to our nation's longstanding commitment to protecting refugees, including unaccompanied kids on the move, and the court rightly enjoined it," Wendy Young, the president of legal assistance nonprofit Kids in Need of Defense, told Vox. "The United States is capable of determining the protection needs of these children while at the same time addressing public health concerns."