'Like being a hostage negotiator': How Trump’s handlers finally got him to sign the COVID relief bill 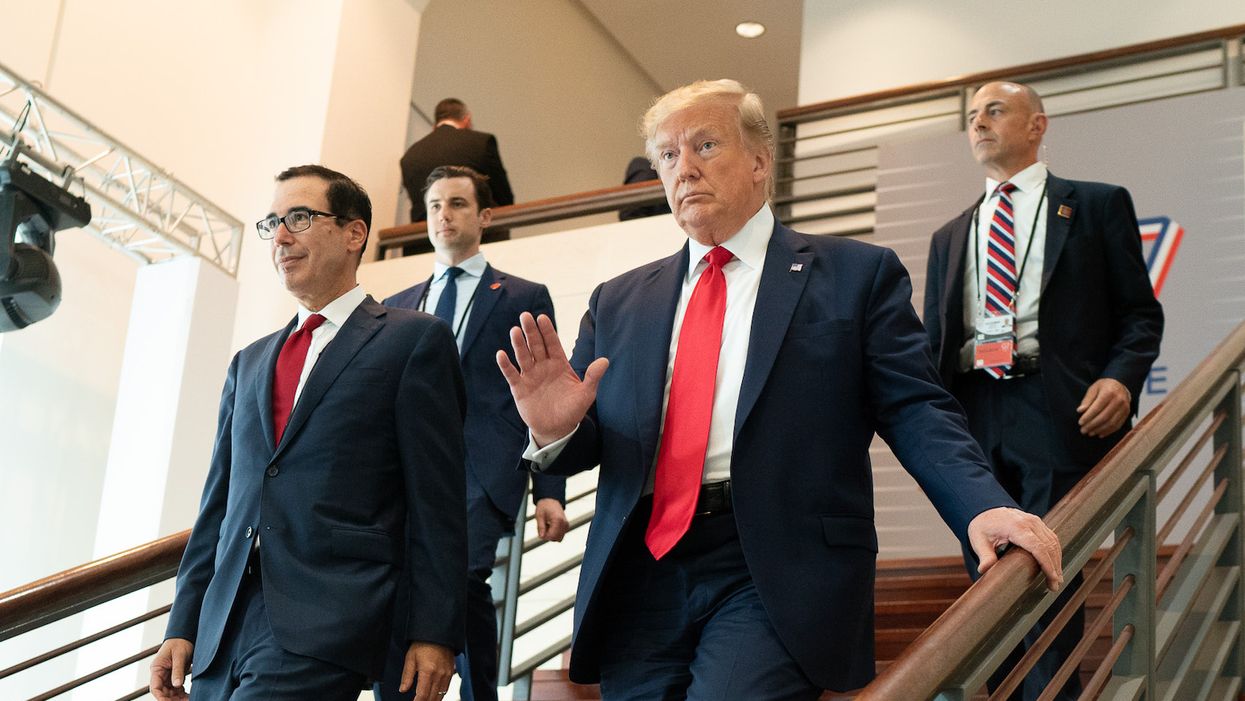 A new report from Axios describes the negotiations between President Donald Trump, Treasury Secretary Steven Mnuchin and House Republican Leader Kevin McCarthy, as Mnuchin and McCarthy tried to get Trump to sign the COVID relief and government spending bill that had stalled at the president's desk for days.

Axios' Mike Allen writes that negotiating with "a cranky, stubborn President Trump" was "like being a hostage negotiator, or defusing a bomb."

In a video posted to Twitter last Tuesday, the president put the fate of the stimulus and government spending bill at risk when he called on Congress to raise the $600 checks to $2,000. In that video, the president described the proposed payments as "ridiculously low."

Shortly after posting the video, Trump flew to his private Florida club, Mar-a-Lago. The bill, passed by the House and Senate and awaiting the president's signature, followed suit:

Sunday, hours before Trump changed his mind and signed the bill, unemployment benefits for millions of Americans ran out.

According to Axios, in the intervening days between Trump's Twitter video and his ultimate decision to sign the package, Trump insiders — including Mnuchin, McCarthy and Sen. Lindsey Graham (R-SC) — "indulged the president's rants, told him there was great stuff in the bill, and gave him 'wins' he could announce, even though they didn't change the bill."

Appealing to his "vanity," Allen reports that the president's confidantes finally convinced him "that he had gotten all there was to get" from the bill negotiations.

As Allen reports, the about-face comes too little too late for millions of Americans. And it may have ultimately cost the Republican Party two wins in the upcoming Georgia Senate runoff election.