Here's why Trump advisers increasingly fear his actions as he copes with being a 'loser': report 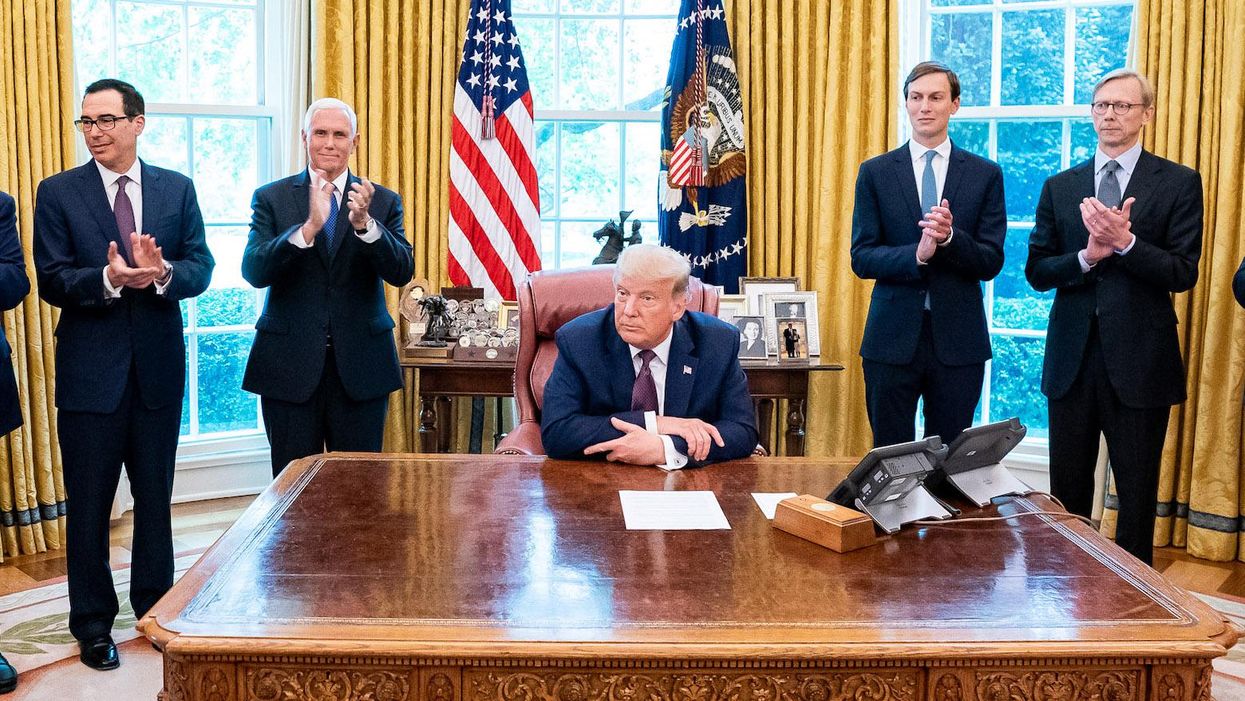 In the United States, lame duck presidents have a long history of working with members of the incoming administration and trying to make sure the transition is as smooth as possible — even if they were disappointed by the election results. President Donald Trump, on the other hand, is still fuming over being voted out of office and refuses to acknowledge Joe Biden as president-elect. New York Times reporters Maggie Haberman and Michael S. Schmidt, in an article published this week, analyze Trump's behavior during this lame-duck period — describing the outgoing president as angry, totally self-absorbed and worried about his political future.

Trump, according to Haberman and Schmidt, "remains the most powerful person in the world, yet he is focused on the one area in which he is powerless to get what he wants: a way to avoid leaving office as a loser. He spends his days flailing for any hope, if not of actually reversing the outcome of the election, then at least of building a coherent case that he was robbed of a second term."

Trump, they add, "is almost entirely disengaged from leading the nation even as Americans are being felled by the coronavirus at record rates" — and he has mostly "sequestered himself in the White House, playing host to a cast of conspiracy theorists and hardcore supporters who traffic in ideas like challenging the election's outcome in Congress and even invoking martial law."

"It is not clear that Mr. Trump's latest behavior is anything other than a temper tantrum, attention-seeking or a form of therapy for the man who controls a nuclear arsenal — though one alternative, if charitable, view is that it is strategic groundwork for a grievance-filled run in 2024," the Times journalists report. "If nothing else, it will make for an especially anxious next 27 days in Washington."

Haberman and Schmidt's article, they note, is "based on interviews with more than a dozen current and former administration officials, Republicans and allies of the president."

"Current advisers have described a daily struggle to keep Mr. Trump from giving in to his impulse to listen to those who are telling him what he wants to hear," Haberman and Schmidt explain. "And former advisers say the most worrisome issue is the gradual disappearance of the core group of West Wing aides who, often working in unison, consistently could get him to turn away from risky, legally dubious and dangerous ideas."

Former National Security Adviser John Bolton told the Times, "The number of people who are telling him things he doesn't want to hear has diminished." And according to Haberman and Schmidt, Trump is now "turning on his closest of allies" — including Senate Majority Leader Mitch McConnell, Attorney General William Barr, Sen. John Thune of North Dakota and White House Counsel Pat A. Cipollone.

"Mr. Trump has spent his days watching television, calling Republicans in search of advice on how to challenge the electoral outcome and urging them to defend him on television," Haberman and Schmidt report. "As always, he turns to Twitter for boosts of support and to vent his anger."