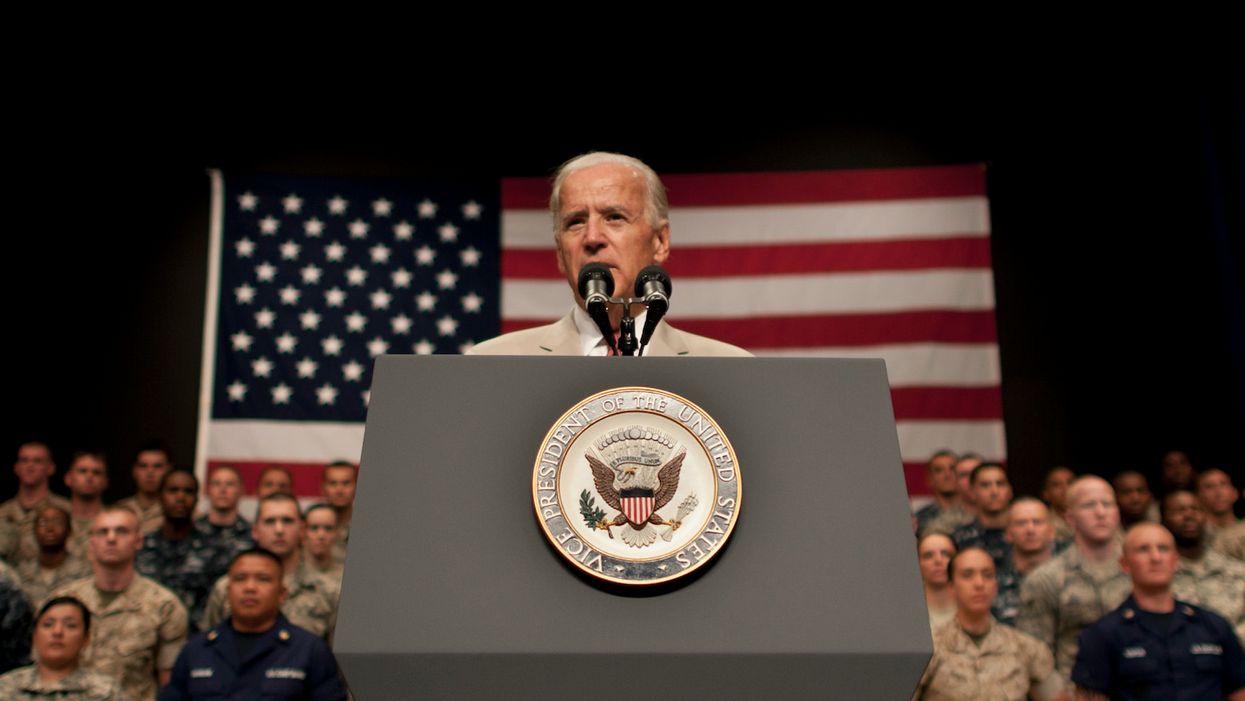 Although President-elect Joe Biden's victory in the 2020 presidential election has been certified in Pennsylvania, Georgia, Arizona and other battleground states, President Donald Trump's legal team is continuing to fight the election results in court. But attorney and election law expert Richard L. Hasen, this week in an article for Slate, salutes the Republican officials who have been standing up to Trump's campaign and acknowledging Biden as president-elect.

The GOP officials Hasen mentions in his article range from Arizona Gov. Doug Ducey, who certified Biden's victory in that state, to Georgia Secretary of State Brad Raffensperger. When push came to shove, Hasen argues, these Republicans did the right thing.

"Along with a number of Federalist Society-aligned judges, other GOP governors and lower-ranking Republican election officials, Ducey and others have earned this praise in the wake of Trump's ongoing — and ultimately futile — effort to overturn the 2020 election," Hasen explains. "We can thank principled people on the right for helping to assure that we will have a peaceful transition of power between Trump and Biden."

Ducey and Georgia Gov. Brian Kemp, Hasen notes, "rejected Trump's calls to declare their states' elections fraudulent despite Trump's personal entreaties and attacks." And Hasen points out that "on Tuesday, even Trump's attorney general Bill Barr — who had scandalously backed Trump's claims of a potential for voter fraud in the past — told the AP that the Department of Justice has uncovered no kinds of fraud or irregularities that could change the outcome of the election."

Another Republican Hasen mentions is Christopher Krebs, who Trump fired from his position as a cybersecurity specialist in the U.S. Department of Homeland Security.

"When it comes to upholding the fundamental rule of law, many on the right deserve praise in this moment," Hasen writes. "And that might seem like a very low bar, but it is important to consider the alternative. In just the past few days, one of the president's lawyers, Joe diGenova, said that former federal cybersecurity head Chris Krebs, a Republican who has vouched for the integrity of American elections, should be shot…. (Georgia attorney) Lin Wood, also involved in (Trump's) litigation, said that the president should declare martial law and hold a new election."

In light of how unhinged some of Trump's diehard loyalists are, Hasen says, it is important to acknowledge those on the right who still respect democracy.

"We are not out of the woods yet, and it is going to take continued vigilance by all people of the left and right to assure continued support for the rule of law," Hasen emphasizes. "Some of what we are hearing from the president's most ardent supports is very ugly, antidemocratic and anti-American. In this fight, we should be appreciative of Federalist Society voices and others standing up for what is right."