Here's how we know Trump isn’t serious about running in 2024 — he just want to 'burn down his party': conservative 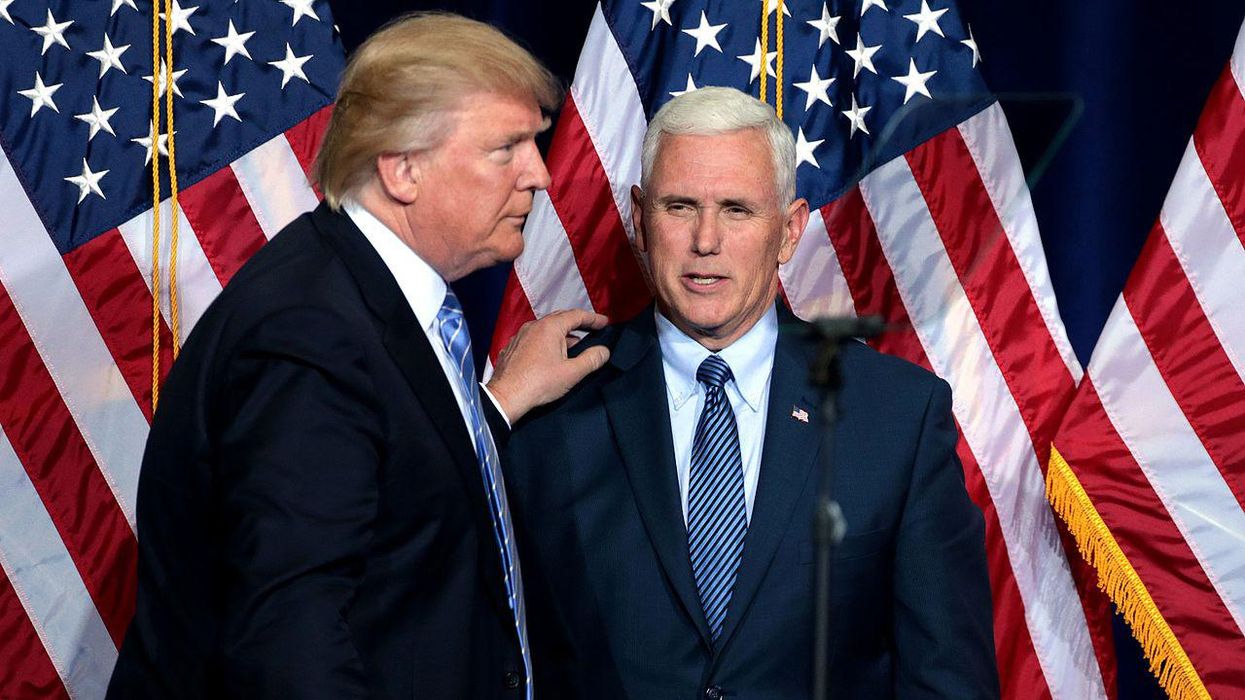 Although the inauguration of President-elect Joe Biden is less than a month away, President Donald Trump hasn't publicly ruled out the possibility of running for president again in 2024. But conservative Washington Post opinion columnist Jennifer Rubin argues that the president's recent actions show that there will be no 2024 campaign in his future.

"As if an attempted coup, insulting the 'totally incompetent and weak' Supreme Court — including three appointees who supposedly were his big gift to conservatives — and refusing even to comment on the COVID-19 surge did not make it clear, President Trump's recent actions should show he is not seriously contemplating another presidential run in 2024," Rubin writes in her column this week. "Not even he could be so delusional as to imagine this recent flurry of destructive behavior helps him retain plausibility as a future presidential contender."

Many of us argue the GOP is not worth preserving after its leaders’ moral abdication, refusal to uphold their oaths… https://t.co/TnRgrHuEWb
— Jennifer Rubin (@Jennifer Rubin)1609166542.0

Rubin goes on to list some things that she believes show that Trump isn't serious about running in 2024. According to Rubin, someone who wants to "remain a viable presidential contender" would not "veto the National Defense Authorization Act to defund the military and thereby set the stage for a humiliating veto override vote" or "refuse, for days, to sign a stimulus bill, which meant a lapse of unemployment benefits for millions of Americans." Nor would that person "throw around a $2000 stimulus check figure that makes Republican Sens. David Perdue and Kelly Loeffler seem miserly as they struggle to win runoff elections in Georgia" or "hector his party to make a futile effort to disrupt counting the electoral votes cast on December 14."

Rubin adds that a serious presidential contender for 2024 would not "risk sending the economy into a tailspin" or "pardon war criminals."

"If he manages to sabotage the two Georgia GOP Senate candidates, he will deprive Republicans of the Senate majority, which would greatly assist President-elect Joe Biden in getting his nominees and legislative agenda through Congress," Rubin explains. "This is the conduct of someone who wants to burn down his party — and the country — if he cannot be president."

Rubin wraps up her column by stressing that Trump's actions during his lame duck period could inflict major damage on the GOP.

"Many of us in the Never Trumper camp have argued that the Republican Party is not worth preserving after years of its leaders' moral abdication, refusal to uphold their oaths and toleration of racism," Rubin writes. "What we did not bank on was that after corrupting the party, Trump would be the perfect means of destroying the GOP. In doing so, he might finally make a contribution to U.S. democracy."