'Keeping the attention for himself': Trump won’t necessarily run in 2024. The trick is making Americans think he will 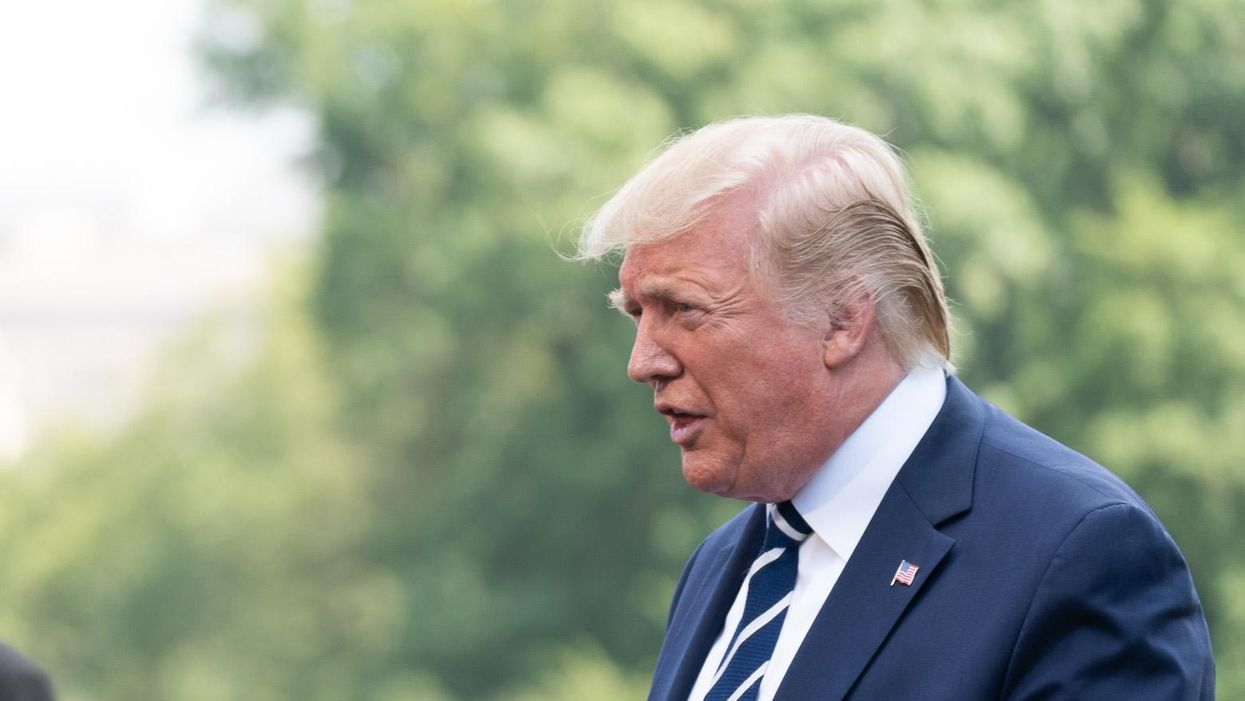 Although President Donald Trump has been voted out of office and is set to leave the White House on January 20, 2021, that doesn't necessarily mean that he will disappear from the right-wing media. Trump might launch his own media company, Fox News competitors like Newsmax TV and One America News would love to have him, and talk of a presidential run in 2024 is a way for the outgoing president to fire up his MAGA base. But journalist Anita Kumar, in an article published by Politico on December 14, emphasizes that Trump doesn't have to actually run in 2024 to excite the right — all he has to do to draw attention is float the possibility.

"Donald Trump doesn't need to run for president again," Kumar explains. "He just needs everyone to think he is. The president's recent discussions with those around him reveal that he sees his White House comeback deliberations as a way to earn the commodity he needs most after leaving office: attention."

Kumar notes that long before he was elected president in 2016, Trump drew media attention by toying with the idea of a presidential run. Trump first floated the idea back in the late 1980s, and in 2021 and beyond, one way to remain in the media spotlight is to keep Americans asking the question: will or won't he run for president in 2024?

Trump has told allies he plans to run for president again but he has also indicated he could back out in two years… https://t.co/hkjsGrMux0
— Anita Kumar (@Anita Kumar)1607948970.0

A former White House aide, presumably interviewed on condition of anonymity, told Politico, "Trump has probably no idea if he will actually run, but because he only cares about himself and his association with the party has only been about his ambitions rather than what it stands for, he will try to freeze the field and keep as many people on the sidelines. Just for the sake of keeping his options open and, yes, keeping the attention all for himself."

So far, election lawsuits from Trump's supporters have been wildly unsuccessful in the courts. One lawsuit after another has been shot down by judges, including right-wing conservative judges who made it abundantly clear that they had no reason to believe that Joe Biden wasn't president-elect. Nonetheless, those lawsuits — although horribly flawed from a legal standpoint — have been good at exciting his hardcore MAGA base. And a senior Trump campaign official told Politico that his election messaging works from a political standpoint.

"I think it's important for Trump to boldly telegraph to the public that this election was a sham, that it can never happen again, and that he will lead the opposition for the next four years, including demanding election reforms," that campaign official said.

Many former presidents purposely kept a low profile after leaving the White House, including Barack Obama and George W. Bush. Trump, however, thrives on nonstop attention. And according to presidential historian Michael Beschloss, Trump isn't going to receive as much of it as he wants next year.

"He will be astounded at how irrelevant a president becomes after losing reelection," Beschloss told Politico. "Ask Jimmy Carter. Ask George H.W. Bush. They become aware they are unable to affect things the way they had become accustomed to."

Trump biographer Michael D'Antonio doesn't believe Trump is serious about running for president in 2024. D'Antonio told Politico, "He's not interested in running anything. He's just interested in getting the attention."