How to stop Trump from running again in 2024 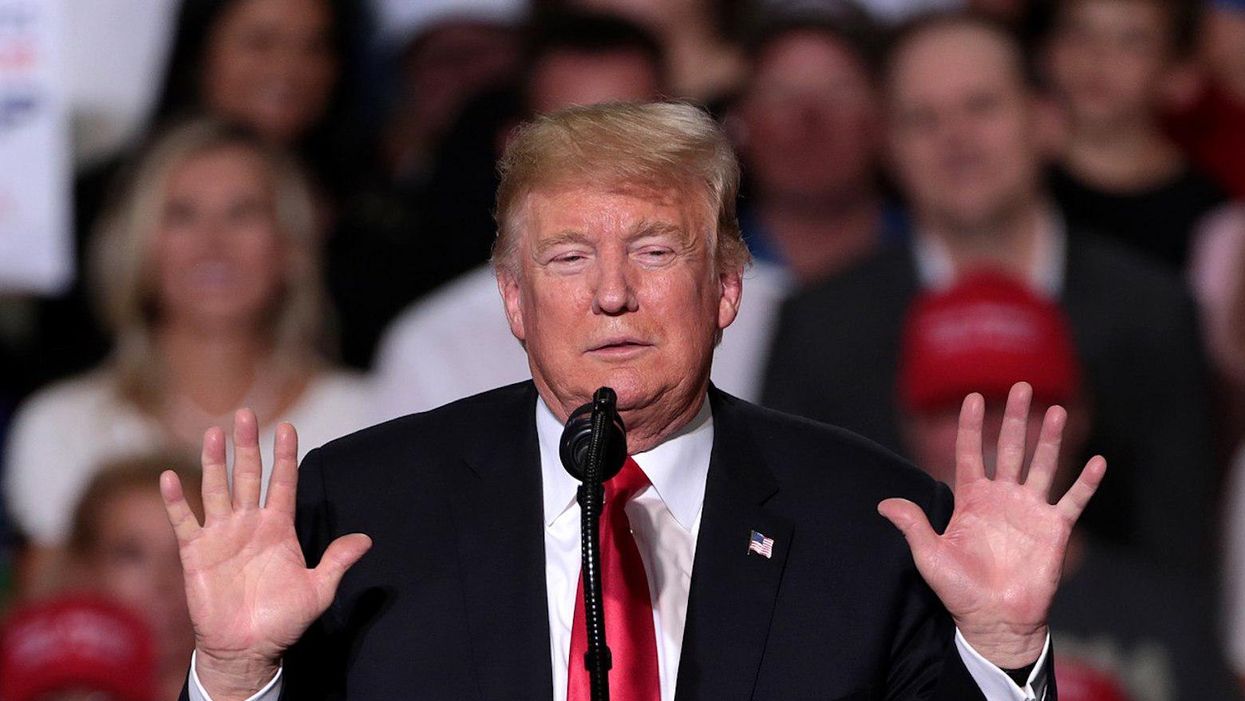 "We're trying to do another four years," President Donald Trump said at a Saturday night rally in Georgia. "Otherwise, I'll see you in four years."

Trump's "increasingly overt flirtations with running again in 2024," as the Associated Press put it, must be met with "a proportionate response," wrote political scientists Alexander Kirshner and Claudio López-Guerra. The president's transparent attempts to "subvert" the outcome of the 2020 election threaten the "viability of democracy in the United States," they argued, and this impeachable offense should compel Congress to convict Trump, thus rendering him ineligible for a future presidency.

While political commentators are debating "the wisdom of pursuing criminal prosecutions of Trump" after Inauguration Day, the pair of scholars made the case in a Friday op-ed in The Guardian that "criminal prosecutions are not the only, or even the best mechanism for responding to the Trumpian challenge to self-government."

"In a society fully committed to democracy," Kirshner and López-Guerra wrote, "Congress would use this lame-duck period to impeach, convict, and disqualify Donald Trump from pursuing public office in the future, as the Constitution allows."

"This might seem undemocratic," they continued. "It is not. Joseph Goebbels famously said: 'It will always be one of the best jokes of democracy that it gives its deadly enemies the means to destroy it.' But Goebbels was wrong. Well-designed democracies need not turn the other cheek when confronted by aspiring autocrats."

Kirshner and López-Guerra noted that Trump's most egregiously anti-democratic moves "have followed Election Day, once it was clear that he had lost."

"Though there has never been any evidence of substantial electoral fraud," they said, "[Trump] explicitly pushed election officials to subvert the outcome in various states where the race was close."

As Common Dreams reported this weekend, Trump publicly criticized Georgia Gov. Brian Kemp on Saturday night after the Republican politician refused to comply with the president's request—communicated by phone earlier that day—to call a special session of the state legislature where lawmakers could appoint electors who would support Trump at the Electoral College, thereby ignoring the will of voters and reversing President-elect Joe Biden's victory in the state.

Kirshner and López-Guerra are not alone in arguing that Trump's authoritarian actions have ominous implications likely to outlast the president.

Trump's "efforts to challenge the legitimacy of the election and seeking to overturn the will of voters could have staying power," AP reported Saturday. "What this president is doing is poisoning democracy," former Michigan Gov. Jennifer Granholm (D) told the news outlet.

Democracy "has to be defended," said Kirshner and López-Guerra. "Many democracies block those who attack self-government from holding office."

The logic of these policies is plain. Democracy requires that no one be unjustifiably barred from seeking office. One's race, religion or gender does not matter. It would be an insult to block someone because of the color of their skin. But holding office is a public trust. The decisions made by presidents, senators, and representatives impact the basic welfare and rights of many others, including their democratic rights. Accordingly, the liberty to seek election can be reasonably restricted. Age requirements are familiar enough examples.
Democracy-reinforcing eligibility rules follow a similar logic. They may deter participation in anti-democratic plots and keep those who are manifestly unfit from seeking power. The excluded have little warrant to complain. Potential candidates forfeit their right to run when their actions demonstrate they will use that position to assault the democratic rights of others, as Trump has done.

Kirshner and López-Guerra pointed out that in the U.S., political eligibility is established by the Constitution, which limits presidential office-holding to natural-born citizens who are at least 35 years-old and have been a resident of the country for 14 years.

"However, presidents who have been both impeached and convicted can be made ineligible by a majority vote of the Senate," they wrote. "In light of the president's undemocratic reaction to his defeat, the current lame-duck Congress should use this power to cut off any path to another Trump run."

The political scientists acknowledged that the Senate "has never used this tool... and it is unlikely to do so before January 20," especially with so few Republicans willing to stand up to Trump.

Indeed, a Washington Post survey conducted last week demonstrated the extent of GOP complicity with the president's coup attempt. The newspaper found that just 27 out of 249 congressional Republicans have so far acknowledged Biden's victory, and only 32 said they plan to recognize him as the legitimately elected president if the Electoral College does as expected and verifies Trump's defeat on December 14.

Two right-wing lawmakers who erroneously believe the election was fraudulent insisted Trump is the winner, according to the Post, while the overwhelming majority of Republicans in the House and Senate remained silent when questioned by reporters.

Even as the president continues to bend the nation's institutions, including the Department of Defense, to his own will—Politico reported Friday that the White House purged several members of the Pentagon's Defense Business Board and replaced them with Trump loyalists—only nine congressional Republicans expressed opposition to his ongoing efforts to claim victory, according to the Post.

Although most federal GOP lawmakers did not respond to the newspaper's survey, nine of them indicated that they support Trump's attempt to undermine the outcome of the 2020 election.

Kirshner and López-Guerra argued that developing penalties—beyond impeachment and conviction—for "those who assault popular self-rule should be discussed as part of any congressional democracy-reform package."

Trump made an "unmistakable, illegitimate effort to stay in power regardless of the election's result," the scholars wrote. "That he failed does not mean he should be allowed to seek the presidency again."

While it may be "tempting" to think that "we are freed from having to expend time and effort to repair the damage" to the "foundations [of] our democratic house" if it remains standing after Trump's storm, Kirshner and López-Guerra warned that it is a mistake to "think that future storms will not bring the house down."

"This is the moment to send a clear message that, pace Goebbels, democracy need not supply its enemies with the means to destroy it," they added. "Disqualifying those who have assaulted democracy is a first step toward addressing that challenge. It is, however, no substitute for addressing the deeper factors that allow such individuals to become electorally competitive in the first place."