How right-wing conservatives laid waste to America for 50 years 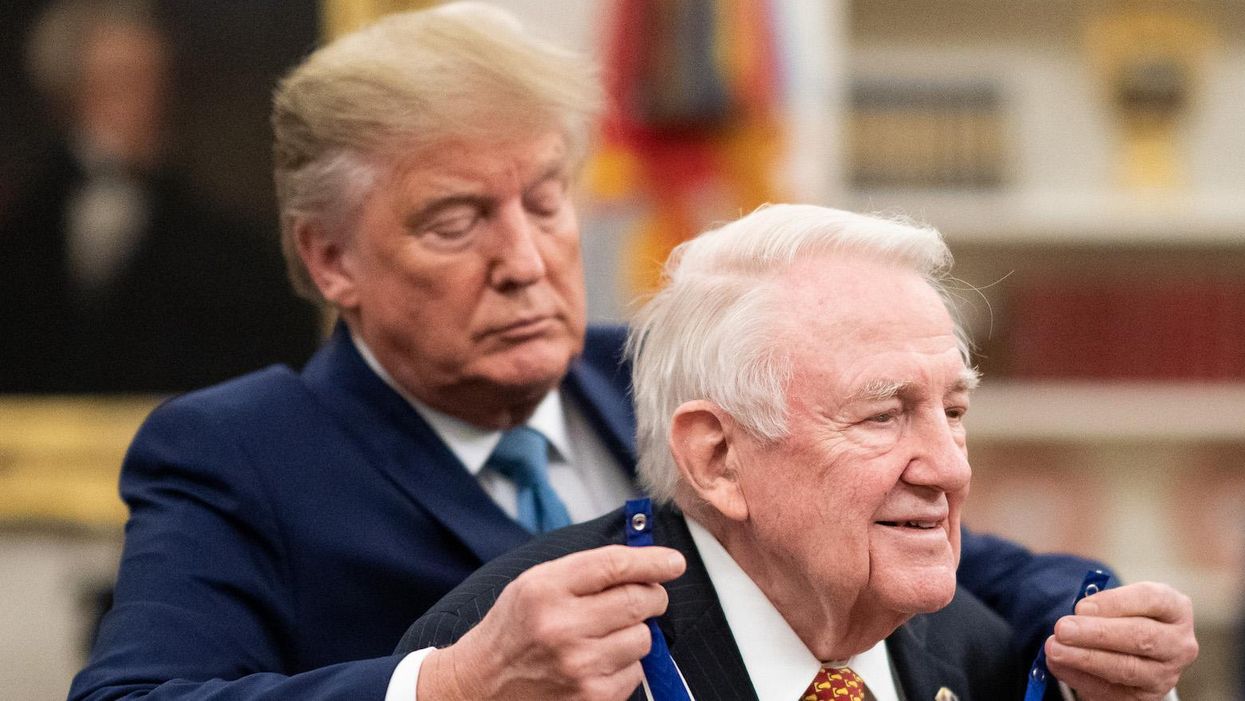 What is a conservative? We've seen a lot of them in 2020, refusing to respect the needs of society.

The Heritage Foundation says: "Foremost among [conservatism's] transcendent values is the individual's use of his God-given free will, whence derives his right to be free from the restrictions of arbitrary force." Stanford University adds: "For conservatives, individuals and local communities are better assessors of their own needs and problems than distant bureaucrats." A 2003 study for the American Psychological Association stated: "The core ideology of conservatism stresses resistance to change and justification of inequality." There are many other forms and definitions of conservatism as political, economic, and social philosophies. The usage here may best be understood as the evolving marriage of individualism and neoliberalism (privatization, deregulation, low taxes, austerity) since the 1970s.

Conservatism has made 'social' a dirty word. Here are some of the details of fifty years of damage inflicted on America.

The Disastrous Effect of Placing Individuals Over Society

The anti-government, "all about freedom" individuality of conservatives has failed terribly in a time of national emergency. How did the misdirected mindset get its start? With Friedrich Hayek and Milton Friedman, who are commonly referenced with connection to neoliberalism. Friedman is the author of some remarkable quotes: "The free market system distributes the fruits of economic progress among all people." And, according to The Guardian: "There is evidence that a democratic society, once established, destroys a free economy."

Then came Ronald Reagan and Margaret Thatcher. The former UK Prime Minister said about society: "There is no such thing! There are individual men and women and there are families."Reagan, whose campaign slogan was, familiarly, "Let's make America great again," famously stated that "Government is not the solution to our problem; government IS the problem."

So now, at a time when we need to work together as a society rather than as a crowd of individuals, we've been betrayed by conservatism. As historian Neil J. Young puts it, "Now, 40 years later amid a global pandemic, that unbridled individualism has shown its deadly dimensions in Trump and the Republicans' lack of response to COVID-19...it's evident in the millions of Americans who—in refusing to wear masks, practice social distance, and momentarily deny their self-gratification—have selfishly exploited the language of 'individual responsibility' as license for their own recklessness."

The euphemistically-named Citizens United (CU) is an example of the deceptive measures used by conservatives. CU refers to an initiative that "seeks to reassert the traditional American values of limited government, freedom of enterprise, strong families, and national sovereignty and security." But it helps corporations, not citizens, by allowing unlimited funding for corporate-friendly candidates.

Conservatives argue for less government intervention—except when it comes to subsidies. Leading the pack of favor-seeking lobbyist groups is the pharmaceutical industry. Few companies have benefited more than Pfizer, whose former CEO Ian Read once complained that U.S. taxes had his company fighting "with one hand tied behind our back." In 2019 Pfizer made nearly half of its $17.7 billion in profits in the U.S., yet the company claimed $1.8 billion in federal and state tax refunds. And it takes from America in another way. In recent years Pfizer has increased the prices of dozens of prescription drugs at over ten times the rate of inflation.

Now Pfizer is basking in the glow of media coverage for the so-called "Pfizer Vaccine." The company deserves credit for its all-out efforts to distribute the medication to millions of people. But the vaccine was created by the Turkish/German founders of BioNTech, Ugur Sahin and Ozlem Tureci, who guided the development of the messenger RNA process that triggers an immune reaction against Covid. The groundwork for the relatively rapid production of the vaccine was laid in place at the National Institutes of Health and the University of Pennsylvania by research on the prior SARS and MERS outbreaks. More expertise came from the taxpayer-funded Department of Health and Human Services (HHS) and Centers for Disease Control (CDC). According to Dr. Anthony Fauci, "The speed is a reflection of years of work that went before." Indeed, a successful vaccine is the product of long-term social cooperation, not individualism.

Thanks to the insidious conservative-minded 50-year-old "trickle-down" philosophy—which astoundingly continues to be preached by many of the super-rich—inequality has stretched our nation nearly to the breaking point.

At one end, the 25 million adults who make up the richest 10% of America increased their wealth in this pandemic year by an average of $200,000 each.

At the other end: it is estimated by Moody's Analytics that nearly 12 million American renters will owe an average of $5,850 in back rent and utilities by the beginning of 2021. Little of America's surging income and wealth since the 1970s has gone to the poorest 50%.

Philosopher and political economist John Stuart Mill once said, "Conservatives are not necessarily stupid, but most stupid people are conservatives."

As Mill made clear, smart people have also gravitated to the conservative side. Among them were the aforementioned anti-government crusaders Friedrich Hayek and Milton Friedman, who expressed support for a Universal Basic Income. In fact, the UBI concept has been promoted by both political parties over the years. But it will take the will and fortitude of Congress to make it a reality. And Congress is overflowing with John Stuart Mill's conservatives.

Paul Buchheit is an advocate for social and economic justice, and the author of numerous papers on economic inequality and cognitive science. He was recently named one of 300 Living Peace and Justice Leaders and Models. He is the author of "American Wars: Illusions and Realities" (2008) and "Disposable Americans: Extreme Capitalism and the Case for a Guaranteed Income" (2017). Contact email: paul (at) youdeservefacts.org.