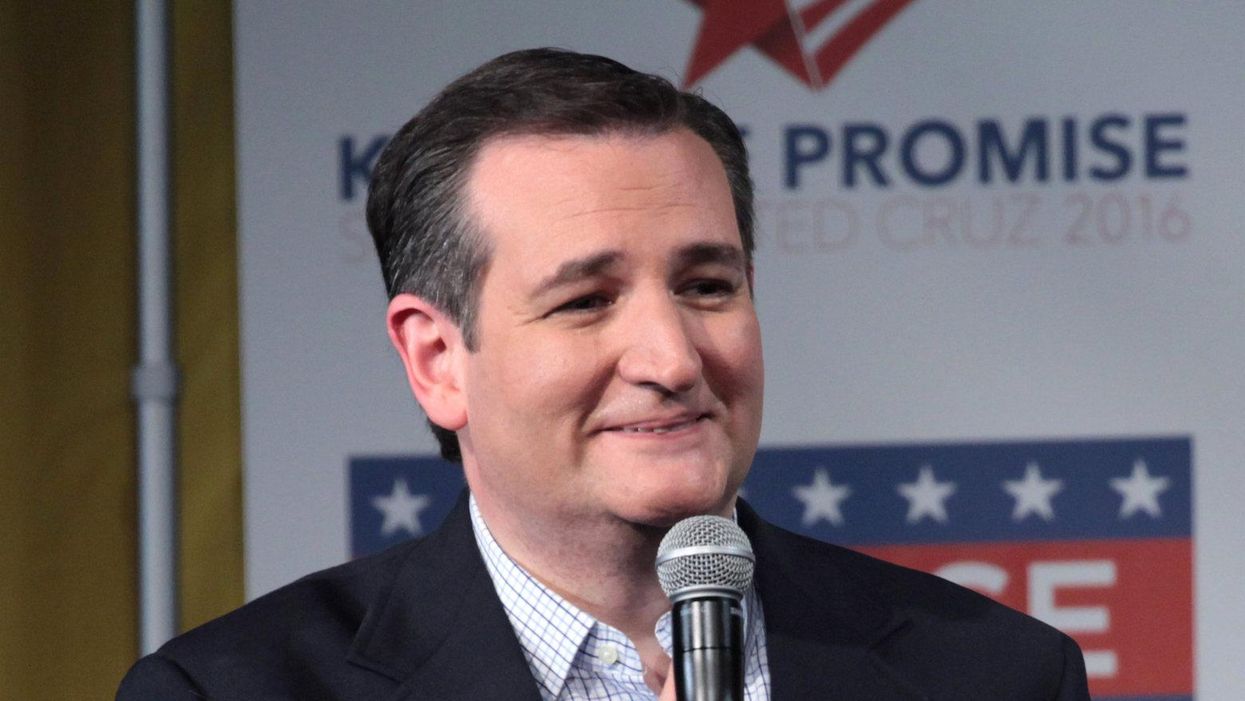 You may be wondering how long Senate Republicans intend to keep up the fiction that President-elect Joe Biden may not be the true next president of the United States. The answer appears to be: until the very day of the inauguration, and possibly for longer than that.

On Team Fascism, Sen. Ted Cruz suggested to Axios that the Senate simply won't be moving to confirm any of Biden's Cabinet picks, or even hold hearings on them, anytime in the near future. "As long as there's litigation ongoing, and the election result is disputed, I do not think you will see the Senate act to confirm any nominee," he told Axios. Given that noted delusionist Donald Trump will be "disputing" the results of the election from now until the day he is tucked into his mausoleum, we can presume from this that the Senate will refuse to hold confirmation hearings for Biden's nominees until at least Jan. 20—meaning that Biden will take office with no national security, intelligence, justice, or pandemic heads in place. It takes little imagination to suppose that corrupt Republicans will continue to cast doubt on the election results for weeks or months after that, meaning there is a nontrivial chance that Cruz and allies will claim the controversy nullifies Biden's ability to appoint any Senate-confirmable government heads indefinitely.

In prior transitions, the Senate would begin the process of vetting nominees before the new president takes office. (Axios cites the Center for Presidential Transition on this, which says 95% of prior Cabinet nominees have been given hearings before the inauguration.) This is to ensure the stability of the transition, especially as it relates to foreign threats and other national security concerns. This is not a normal transition, because it comes in the context of numerous Republican elected officials attempting to Do A Treason, demanding that courts reinstall the Republicans by force rather than acknowledging their defeat. And, to be blunt, Senate Republicans have proven time and time again that national security concerns are negotiable, and public safety questions are absolutely irrelevant when it comes to protecting and expanding party power.

That's what fascism is. If anything, Senate Republicans have seized on the nonsensical conspiracy theories of Trump's fabulists as defense for what they intended to do anyway: Withhold support for pandemic aid, efforts to stabilize the economy, and other crisis measures so as to better paint the Biden administration as ineffective. It is the Great Recession playbook, but with 300,000 deaths attached and counting.

This is usually the point in the conversation where pedants and nonpedants bicker over the precise versus colloquial definitions of words like "treason" and "sedition." Given that there will be no court that can force the Republican Party to act on behalf of their country, the debate is largely irrelevant. At present numerous Republican state attorney generals are demanding that the Supreme Court nullify the election based on transparently fabricated propaganda claims. Republican senators who have blocked nearly every move to grant emergency pandemic aid to citizens and who have kept their silence as charlatans goad their far-right base into death threats and violence against the movement's latest enemies are united in a willingness to reinforce the notion that this nation's election was somehow illegitimate and, therefore, null and void. They're saying nothing as their most violent supporters take to the streets based on their claims.

They are willing to do a great deal more than merely foot-drag on key government appointments.

Their intent appears to be to craft as many simultaneous crises as possible so that the most prolific liars of the party have better ammunition with which to attack the party's enemies. It is what Sen. Mitch McConnell, in particular, has specialized in for many years now. If Biden enters the White House with no top national security officials or Cabinet members in place, Republican senators will consider that a win. If further crisis strikes during that period, Cruz will be on television celebrating it.