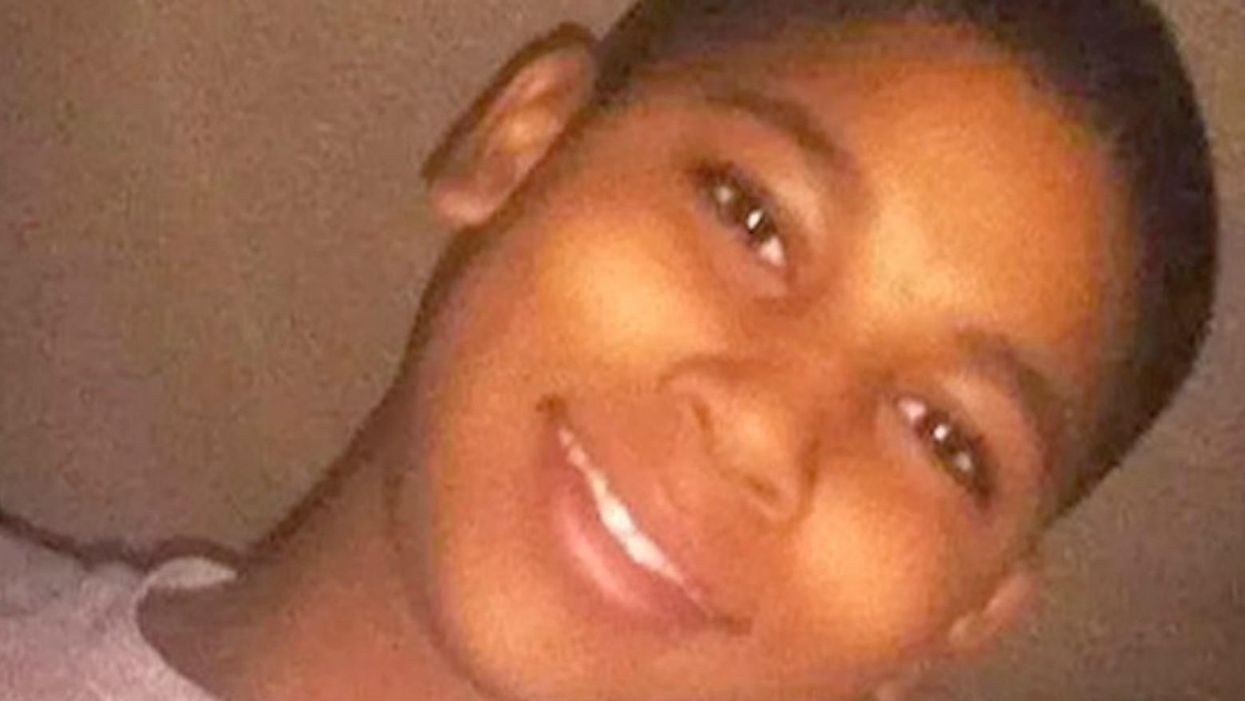 The U.S. Department of Justice announced Tuesday that it has closed its investigation of the fatal 2014 police shooting of 12-year-old Tamir Rice in Cleveland, saying no criminal charges would be filed against the officers involved because video of the killing was not good enough to conclusively determine what happened.

"The video footage is grainy, shot from a distance, does not show detail or perspective, and portions of the incident are not visible because of the location of the patrol car," the DOJ explained in a statement. "Further, the time lapse footage captures approximately two frames per second at a variable rate, which is incapable of capturing continuous action."

On November 22, 2014 two Cleveland officers, Timothy Loehmann and Frank Garmback, responded to a police dispatch call regarding "a guy with a pistol" seen near the Cudell Recreation Center playground on the city's West Side. A 911 caller said that the person, "probably a juvenile," was "scaring the shit out of everyone," but added that "the gun was probably fake."

Rice was playing with a replica pellet gun with the orange safety barrel cap removed when Loehmann, a rookie officer, fatally shot him.

In 2016, Rice's family and the city of Cleveland reached a $6 million settlement, although attorneys for the family said that "there is no such thing as closure or justice" in such situations.

The Justice Department said that "after extensive examination of the facts in this tragic event, career... prosecutors have concluded that the evidence is insufficient to prove beyond a reasonable doubt that Officer Loehmann willfully violated Tamir Rice's constitutional rights, or that Officers Loehmann or Garmback obstructed justice."

Subodh Chandra, an attorney for Rice's family, issued a statement in the wake of Tuesday's DOJ announcement claiming the government's "process was tainted."

"It's beyond comprehension that the [Justice] Department couldn't recognize that an officer who claims he shouted commands when the patrol car's window was closed and it was a winter day is lying," Chandra said. "The Rice family has been cheated of a fair process yet again."