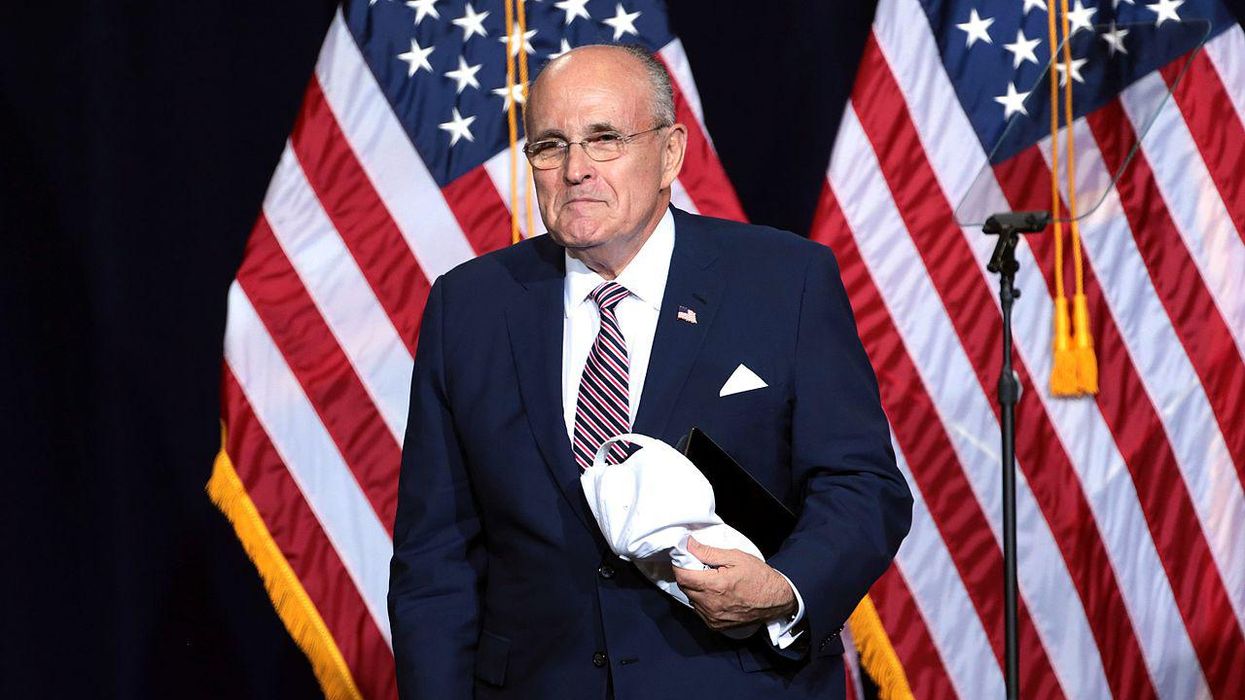 Although Joe Biden's inauguration is only three weeks away, President Donald Trump and many of his loyalists have yet to acknowledge the president-elect's victory. And that includes the president's personal attorney, Rudy Giuliani, who has announced yet another election-related lawsuit challenging Biden's win in Wisconsin.

Making debunked and totally baseless claims of widespread voter fraud, Trump and his allies have filed one lawsuit after another in the hope of overturning the 2020 presidential election results — and most have already been dismissed or rejected in the federal courts. That includes the U.S. Supreme Court's refusal to even consider a lawsuit filed by Texas Attorney General Ken Paxton, who asked the High Court to throw out the election results in four states that Biden won: Wisconsin, Pennsylvania, Michigan and Georgia.

Previously, a lawsuit from the Trump campaign asked the U.S. Supreme Court to throw out the election results in Pennsylvania, but it refused to consider that case. And the justices later rejected Paxton's widely condemned lawsuit out of Texas.

When the Wisconsin Supreme Court ruled against the Trump campaign on December 14, it was a 4-3 decision — and Justice Brian Hagedorn wrote, "Our laws allow the challenge flag to be thrown regarding various aspects of election administration. The challenges raised by the campaign in this case, however, come long after the last play or even the last game; the campaign is challenging the rulebook adopted before the season began."

During a recent appearance on the podcast of former White House Chief Strategist Steve Bannon — who is facing criminal fraud charges for allegedly defrauding donors to the We Build the Wall campaign — Trump campaign adviser Boris Epshteyn insisted that the campaign will continue to fight the election results in Wisconsin and Pennsylvania and claimed that there will be "action out of Georgia" as well.

The U.S. House of Representatives and the U.S. Senate are scheduled to officially count the Electoral College results during a joint session of Congress on January 6. Some far-right House Republicans, including Rep. Mo Brooks of Alabama and Sen. Josh Hawley of Missouri, have vowed to challenge the election results that day. But Senate Majority Leader Mitch McConnell has acknowledged Biden as president-elect and Sen. Kamala Harris of California as vice president-elect and is urging other Senate Republicans to do the same. Since Democrats still control the House of Representatives, and a majority of the Senate acknowledges Biden's win, Trump has no path to overturn the election in Congress, despite his hopes.