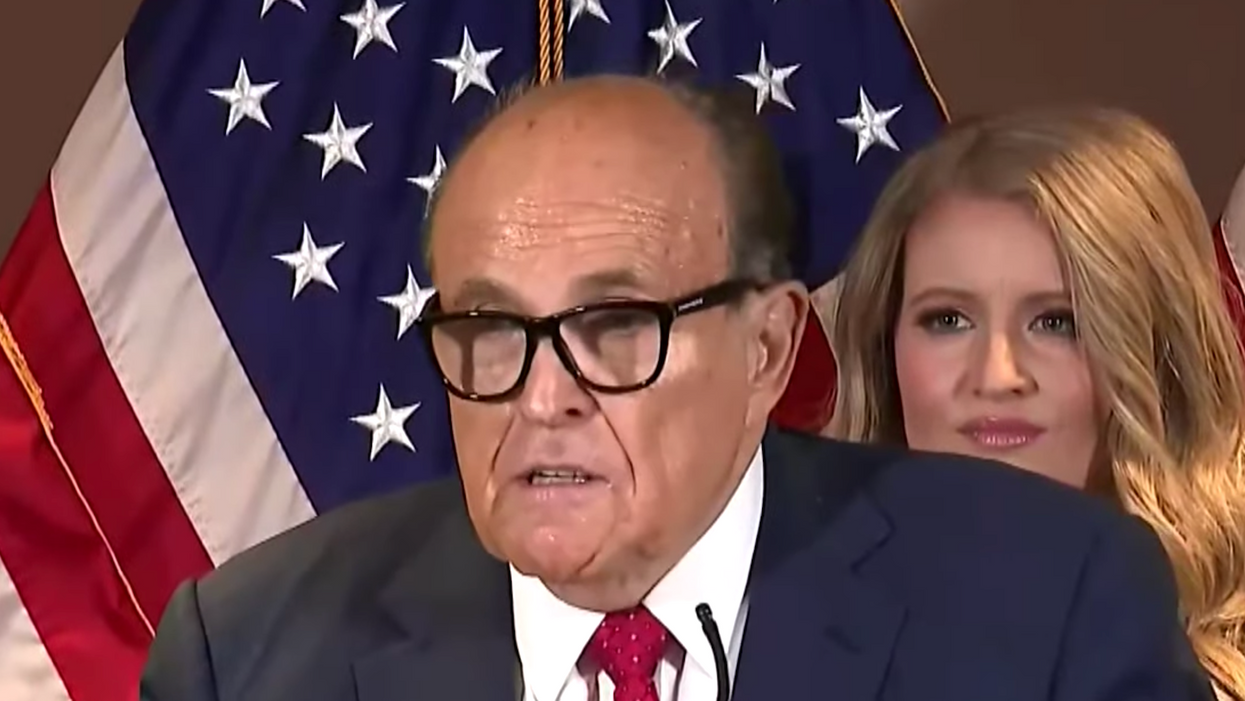 He is not an elected official and serves no public or government function but Rudy Giuliani, President Donald Trump's personal attorney, says when he tested positive for COVID-19 Trump's physician treated him and he received the same course of treatment – not commonly available to most Americans – as the President himself.

Throughout the pandemic there have been numerous reports of celebrities, sports stars, the wealthy and the well-connected getting priority access to coronavirus testing, but now it appears that President Trump is facilitating access to experimental but life-saving drugs for his friends.

"The minute I took the cocktail," Giuliani said when he called into his own radio show Tuesday, "I felt 100% better," Business Insider reports.

The COVID-19 cocktail has not been widely available to the general public. It reportedly includes Regeneron's monoclonal antibody therapy, which was approved for emergency use less than three weeks ago.

"His doctor sent me here, talked me into it," Giuliani said, adding he was given "exactly" the same cocktail President Trump received, according to CNN's Shimon Prokupecz.

He also "claimed he was not aware of its high cost or lack of availability to the general public."

Giuliani, who is 76-years old, "said he felt 10 years younger after receiving some of the same drugs taken by Trump when the president contracted COVID-19 in October," US News added.

Talking Points Memo's Josh Kovensky reports the drugs that make up the cocktail Trump and Giuliani took are "in extremely short supply."

"Monoclonal antibodies, which medical science generally agrees are the best shot at an effective treatment for the disease, are expensive and rare. One Florida hospital reported that its phone lines have been 'bombarded' by people wanting the drug."

"What's more," Kovensky adds, "all of the doses in circulation currently belong to the U.S. government."

The former New York City mayor who has traveled the country in recent weeks promoting a farcical circus act of conspiracy theories in an attempt to overturn the election results while getting smacked down in the nation's court, is said to be leaving the hospital on Wednesday. He was admitted Sunday, despite suggesting he had only minor symptoms.

Kovensky asks the question many likely are wondering about: "is the President using the perks of his office to grant his friends medical help?"