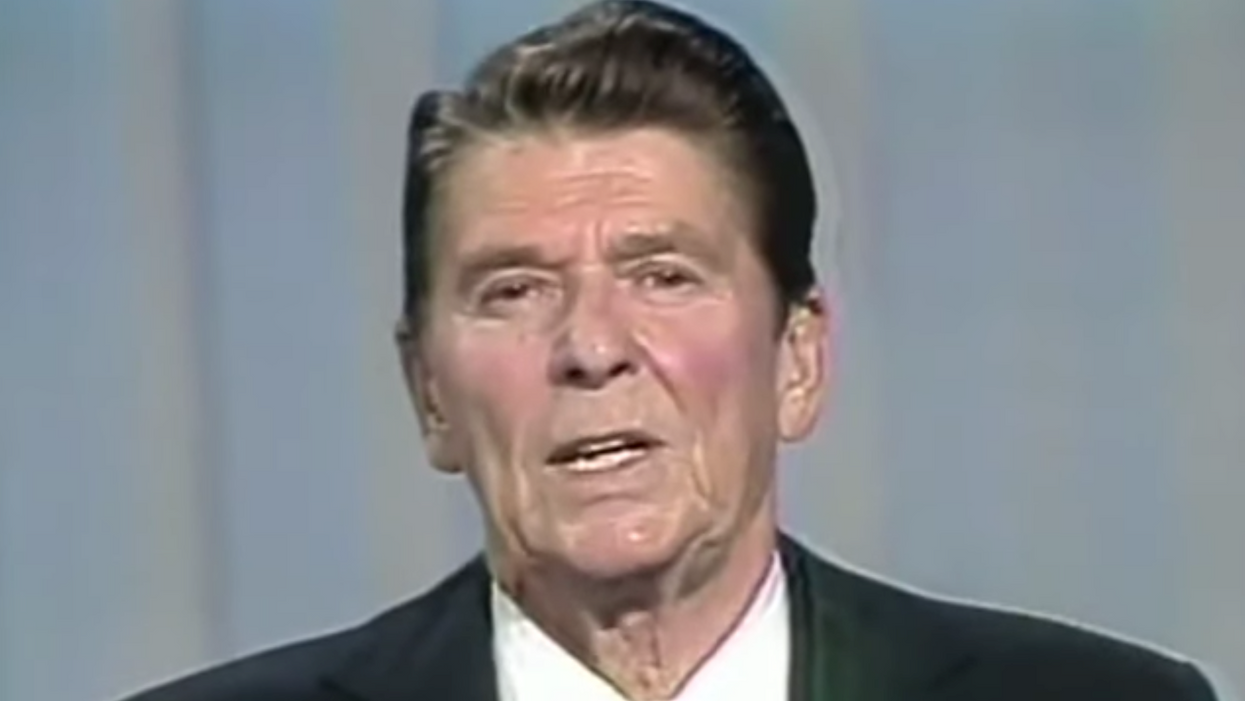 Liberal economist and New York Times columnist Paul Krugman recently offended admirers of President Ronald Reagan when he made a Donald Trump/Ronald Reagan comparison and argued that the modern GOP's "hatred for facts and science" can be traced back to the Reagan era. Krugman revisits the subject of Reaganomics in his column this week, arguing that the coronavirus pandemic offers an important lesson: Reaganomics don't work, liberal economics do.

Krugman describes 2020 as "the year Reaganism died." And while he isn't arguing that Reaganism will disappear altogether, Krugman stresses that the events of 2020 — a brutal recession brought on by a deadly pandemic — make a case for strong government invention, not less government.

"When I say that Reaganism died in 2020, I don't mean that the usual suspects will stop making the usual arguments," Krugman writes. "Voodoo economics is too deeply embedded in the modern GOP — and too useful to billionaire donors seeking tax cuts — to be banished by inconvenient facts."

Krugman has long been a major proponent of New Deal and Great Society economics. And the events of 2020, according to Krugman, make a strong case for fiscal liberalism.

"This year is closing out with a second demonstration of the lesson we should have learned in the spring: In times of crisis, government aid to people in distress is a good thing — not just for those getting help, but for the nation as a whole," Krugman stresses. "Or to put it a bit differently, 2020 was the year Reaganism died. What I mean by Reaganism goes beyond voodoo economics, the claim that tax cuts have magical power and can solve all problems. After all, nobody believes in that claim aside from a handful of charlatans and cranks, plus the entire Republican Party."

Krugman adds that although "Reagan-style hostility to helping people in need" didn't vanish in 2020, the economic "big-government intervention" that came about this year in response to COVID-19 "worked."

"Aid to the unemployed and business loans that were forgiven if they were used to maintain payrolls limited the suffering," Krugman observes. "Direct checks sent to most adults weren't the best targeted policy ever, but they boosted personal incomes…. There was no indication that helping the unemployed deterred workers from taking jobs when they became available."

The late neoconservative Irving Kristol, father of Never Trump conservative and Bulwark co-founder Bill Kristol, famously described a neocon as a "liberal who's been mugged by reality." But Krugman essentially makes the opposite argument in his column, saying that COVID-19 and the economic pain that it inflicted gave Americans a harsh dose of reality and reminded them how badly economic intervention from the government is needed during a crisis.

"While Reaganism will still be out there, it will now, even more than before, be zombie Reaganism — a doctrine that should have been killed by its encounter with reality, even if it's still shambling along, eating politicians' brains," Krugman argues. "For the lesson of 2020 is that in a crisis, and to some extent even in calmer times, the government can do a lot to improve people's lives. And what we should fear most is a government that refuses to do its job."