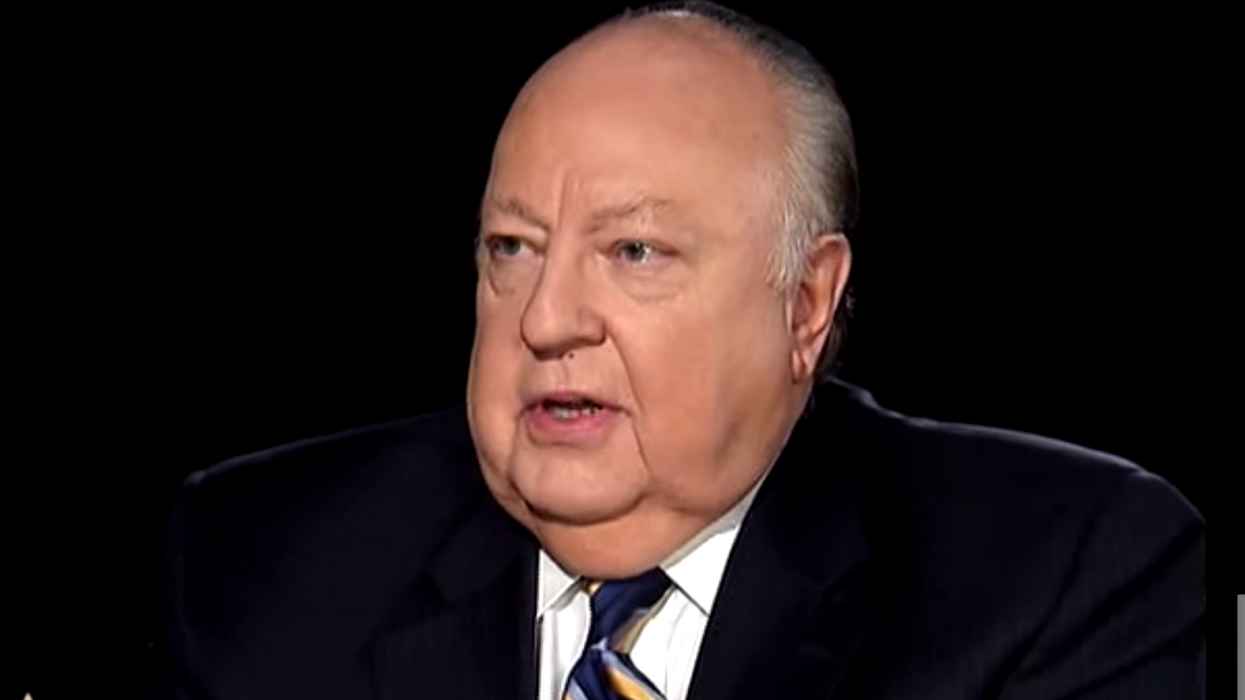 Three and a half years have passed since the death of Fox News CEO Roger Ailes, who was 77 when he died on May 18, 2017. But journalists Lloyd Grove and Diana Falzone, in an article published by the Daily Beast this week, stress that a top Fox News executive continues to be haunted by Ailes' legacy of "sexual misconduct" and "surveillance."

The executive is Suzanne Scott, who has been with Fox News since its inception back in 1996. Scott, Grove and Falzone note, started out as a "lowly assistant" to Chet Collier — who was "second in command at the time" — and she was promoted to CEO of Fox News and Fox Business in 2018.

Falzone herself is a former Fox News employee who filed a gender discrimination lawsuit against the right-wing cable news outlet.

"Long-time Fox News staffers recall that (Scott) sat between Collier and Ailes' private offices in the executive suite on the second floor of News Corp's Manhattan headquarters, frequently fielding Ailes' incoming phone calls," Grove and Falzone explain. "A quarter-century later, however, Scott and her defenders are keen to argue that she was never a member of the inner circle. Scott herself has denied complicity in, much less knowledge of, the sexual misconduct of the late Fox News founder — never mind the other Fox News executives and personalities cited in a dozen lawsuits that the publicly traded company has paid more than $100 million to settle with victims and shareholders."

But Grove and Falzone add that according to "more than a dozen women" — who include "current and former Fox News staffers" — Scott "has yet to be held accountable for her role over the years as a long-time Ailes lieutenant in allegedly facilitating a corporate culture of sexual misconduct, objectification of women and surveillance."

The top Fox News boss, Suzanne Scott, has yet to face accountability for her role in enforcing Ailes’ legacy of par… https://t.co/UtWBGNVvmj
— dianafalzone (@dianafalzone)1608635844.0

Scott, Grove and Falzone note, has "been surprisingly successful at avoiding the spotlight" and avoids media figures outside of Fox News and Fox Business — and she declined to be interviewed for their Beast article. But Scott did agree to be interviewed for a Los Angeles Times article written by Stephen Battaglio and published in April 2019. And Scott told the Times, "I have never had any issues with any sort of harassment myself.… I felt devastated for the women who work here. I wanted to do everything I could to heal this place. I had no clue on what was going on in Roger Ailes' office."

But some of the interviewees for Grove and Falzone's article don't consider Scott blameless. An anonymous interviewee described as "one of Ailes' sexual-harassment victims" and "a long-time on-air personality," told the Beast, "I can't say that she was aware of all that Roger did, because so much of his bad behavior was behind closed doors. But she was certainly aware of some of what Roger did, and she was complicit in and enabling of that behavior."

Another interviewee, described by Grove and Falzone as a "second former Fox News anchor," told the Beast, "It's a total sham she's there on behalf of women. If she had turned things around there, you wouldn't have new sexual harassment cases and probably more we don't even know about because of arbitration clauses…. Scott was definitely part of the Ailes club…. I never saw her stray from how he did business. She carried out all of his directives of retaliation."

Nancy Erika Smith, a well-known labor attorney who represented Falzone and anchor Gretchen Carlson in their lawsuits against Fox News, doesn't believe that the culture of sexism at Fox News has gone away under Scott's watch.

Smith told the Beast, "One need only watch Fox News to know that it's still a culture full of misogyny, sexism, racism, xenophobia and Islamophobia — just like it was when Roger Ailes was there."