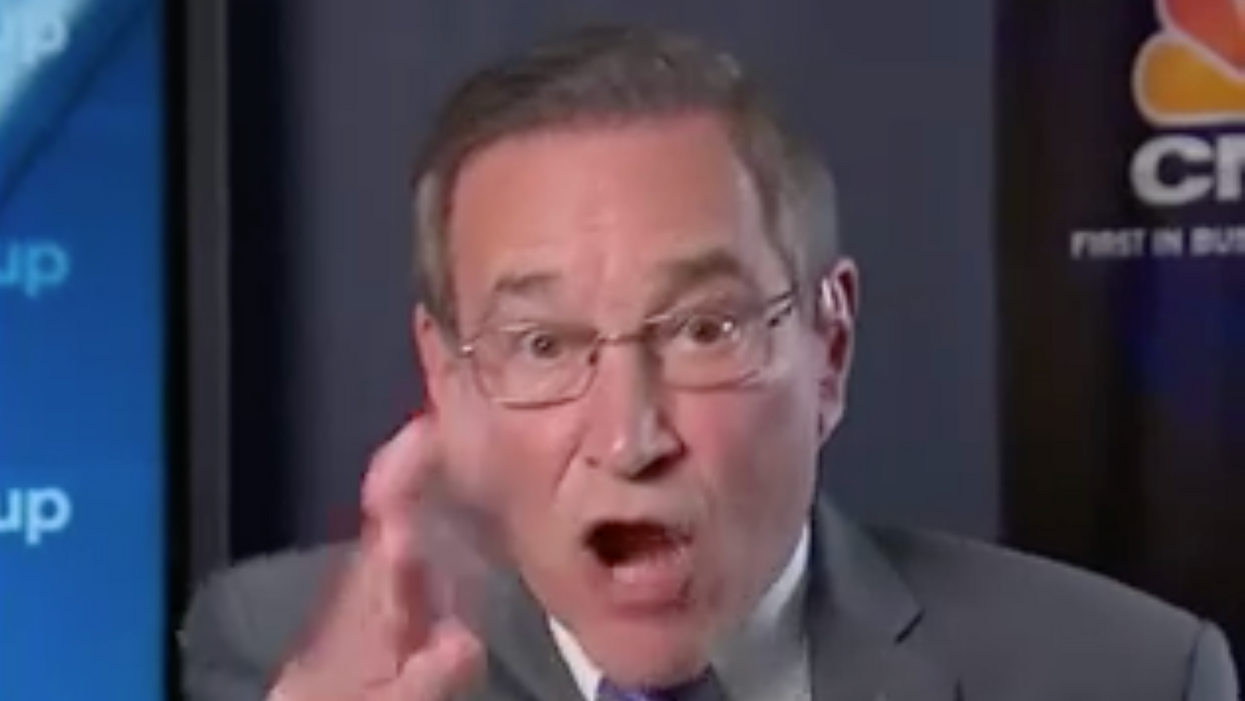 Andrew Ross Sorkin, co-host of CNBC's "Squawk Box," and far-right financial pundit Rick Santelli have radically different views on the coronavirus pandemic — and Santelli has, more than once, drawn criticism for attacking social distancing measures. The two of them had another heated exchange on Friday morning, when an angry Santelli once again railed against COVID-19 restrictions.

"You can't tell me that shutting down, which is the easiest answer, is necessarily the only answer," the 64-year-old Santelli, a former bond trader, yelled.

Sorkin noted the benefits of wearing a protective face mask in public places during the pandemic, pointing out that dining indoors in a restaurant — where customers are removing their masks in order to eat and drink — is more dangerous than wearing a mask consistently while shopping in a big box store.

Things escalated quickly on CNBC this morning....way to go @andrewrsorkin keeping that idiot Santelli in check https://t.co/MD2zzfQxVk
— Icculus The Brave (@Icculus The Brave)1607096853.0

Sorkin, however, maintained that he was merely stating what many medical experts have said, telling Santelli, "OK, you don't have to believe it, but let me just say this: You're doing a disservice to the viewer because the viewers need to understand it."

Back in March, Santelli drew criticism from medical experts when he made a "herd immunity" argument and claimed that infecting more people with COVID-19 would neutralize the novel coronavirus — which is the same type of argument that Dr. Scott Atlas, who recently left President Donald Trump's coronavirus task force, has been making. Trump himself has seemed to favor letting the virus spread widely and vehemently opposed coronavirus restrictions, such as shutting down restaurants and schools.

Santelli, nine months ago, said, "Maybe we'd be just better off if we gave (the virus) to everybody, and then in a month, it would be over because the mortality rate of (COVID-19) probably isn't going to be any different if we did it that way than (in) the long-term picture, but the difference is we're wreaking havoc on global and domestic economies."

Santelli has been described as a catalyst for the Tea Party movement. While broadcasting from the floor of the Chicago Mercantile exchange in February 2009, he accused the federal government of "promoting bad behavior" and said it was time for a "Chicago Tea Party."