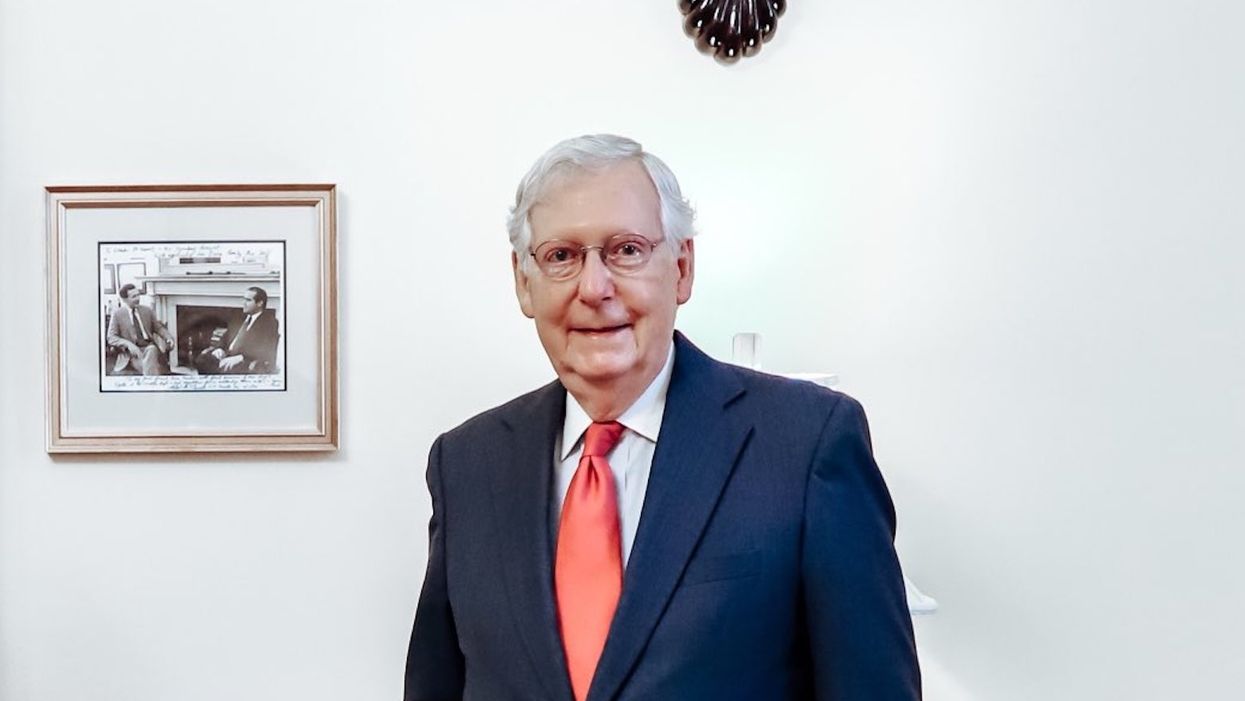 Without legislative action from a divided lame-duck Congress before the end of the year, nearly 90 million public and private-sector workers in the U.S. could soon lose federal paid sick and family leave benefits that have helped prevent tens of thousands of coronavirus infections.

The federal paid leave benefits mandated under the Families First Coronavirus Response Act (FFCRA) are set to expire at the end of December without an extension from Congress, which—thanks in large part to obstruction by Senate Majority Leader Mitch McConnell (R-Ky.)—has made little progress toward another relief package in recent months despite spiking Covid-19 cases and a worsening economic crisis.

As Politico explained on Sunday:

Families First, a relief package enacted in March, required many employers to provide workers with two weeks of coronavirus-related sick leave at full pay and up to 12 weeks of family and medical leave to care for family members at two-thirds pay. Researchers estimate this covered half the U.S. workforce.
But those provisions—which cost about $105 billion—are slated to expire at the end of the year... meaning that as many as 87 million public and private-sector workers could be deprived of the benefit.

"It's very America for us to finally require paid sick leave and family leave during the pandemic only to let it lapse before the pandemic is over," quipped Vox's Dylan Scott.

Even the limited paid sick leave mandated under the FFCRA—which denied benefits to workers at companies with more than 500 employees—prevented an estimated 400 coronavirus cases each day per state in the U.S., according to research published last month in the journal Health Affairs.

Sen. Patty Murray (D-Wash.), whose attempt to amend the FFCRA to provide paid sick and family leave to all U.S. employees and independent contractors was blocked by Senate Republicans, warned of "disaster" if Congress lets the benefits expire at the end of the year.

"If you do not have paid sick leave, if you cannot take work off, you go to work when you're sick," Murray told HuffPost in a phone interview last week. "One of the things we know people need to do is to isolate themselves if they're exposed. That's how you stop the spread. But if you do not have any paid sick leave, you're going to go to work. You need to put food on the table. You need to pay your rent."

In a tweet late Sunday, Sen. Bernie Sanders (I-Vt.) echoed Murray, declaring, "No worker should have to make the unacceptable choice of going to work sick or losing a paycheck."

The HEROES Act, passed by the Democrat-controlled House in May but blocked by McConnell, would extend the paid sick and family leave benefits through December of next year and expand the programs to cover workers left out by the FFCRA.

If Congress does not get its act together soon, up to 87 million workers will lose the paid sick and family leave t… https://t.co/SLD3tb3MQ9
— Bernie Sanders (@Bernie Sanders)1606701948.0

In addition to the expiration of paid sick and family leave, around 12 million Americans are set to lose unemployment insurance the day after Christmas if Congress doesn't extend the crucial lifeline, according to a report by The Century Foundation.

"Many struggling Americans will lose access to aid at the end of December," Accountable.US, a government watchdog group, tweeted Monday. "The Senate is past due on spending measures and more stimulus to help those hit hardest by the pandemic... looking at you, Senate majority leader."