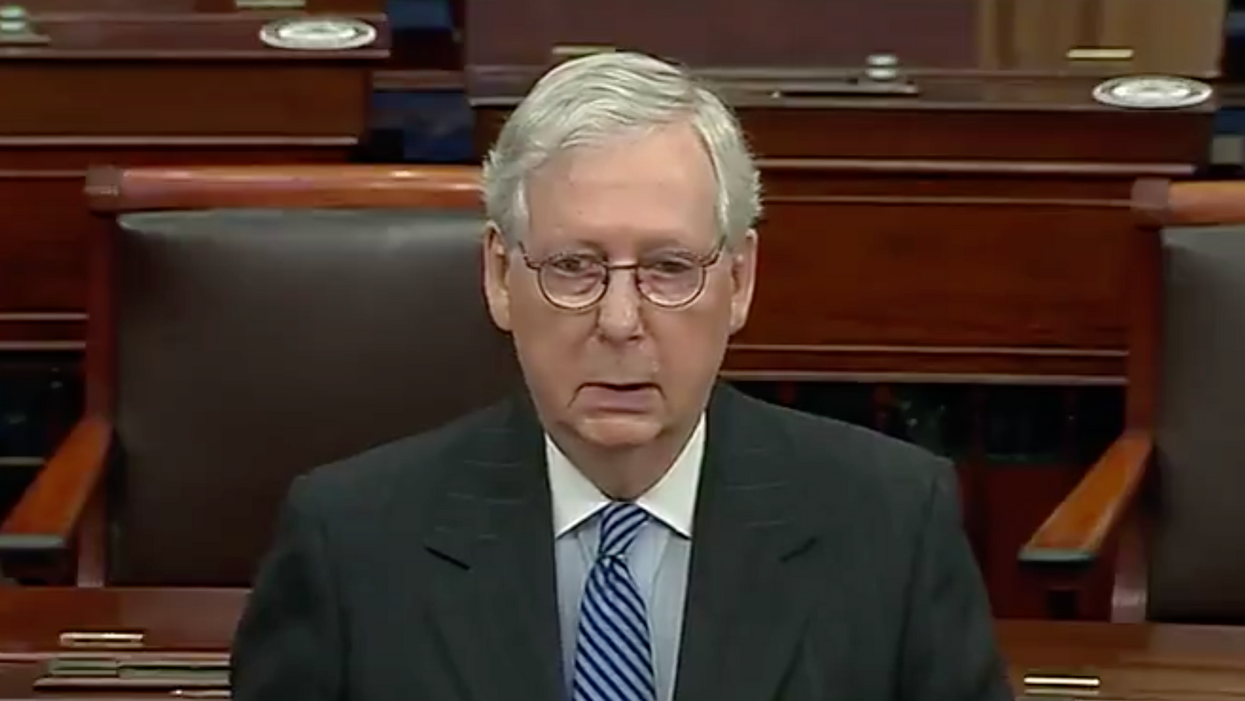 Republican negotiators in Congress are reportedly trying to prevent Americans currently receiving federal unemployment insurance from also getting a direct payment under a soon-to-be-finalized relief package, apparently outraged by the notion that millions of people struggling to afford healthcare, food, and rent could obtain aid on top of their inadequate weekly jobless benefits.

As congressional leaders on Wednesday made significant progress toward a deal that would include one-time direct payments of around $600 per person, Senate Majority Whip John Thune (R-S.D.) told reporters that "there could be language in the deal aimed at addressing concerns that people who receive both enhanced unemployment benefits and stimulus checks would be getting a 'double benefit,'" The Hill reported.

The proposed restriction immediately provoked backlash, and Democratic negotiators are reportedly confident they will be able to keep the language out of the final $900 billion package.

"Imagine thinking someone who's trying to pay the rent and buy food with $100, $200, or $300 per week is going to live high on the hog because they get an extra one-time $600," said Ashley Schapitl, a spokesperson for Senate Finance Committee Democrats.

Economist Robert Reich added that, "funny enough, [Republicans] never take issue with doubling down on corporate bailouts and tax cuts for the wealthy," a point echoed by others.

This is gratuitously cruel & completely unworkable. It's also news to me that Congress isn't in the "double benef… https://t.co/u7XBLnBW5M
— Seth Hanlon (@Seth Hanlon)1608159309.0

The Republican effort to prevent desperate Americans from receiving a so-called "double benefit" came after the GOP already reportedly succeeded in paring back the duration of unemployment benefits in exchange for the inclusion of direct payments.

Citing unnamed people familiar with the negotiations, the Washington Post reported Wednesday that "congressional leaders have told other lawmakers that they are planning on reducing the length of unemployment benefits by one month from the bipartisan plan," which proposed a four-month extension of emergency unemployment programs set to expire on December 26.

"That could mean that the extended benefits would expire at the end of March," the Post noted. "Such a timeline could force the incoming Biden administration to move more quickly in its effort to pass a massive stimulus bill early next year."

The relief agreement is expected to include a $300-per-week federal boost to unemployment benefits—just half of the supplement that congressional Republicans allowed to expire at the end of July.

Sen. Ron Wyden (D-Ore.), the top Democrat on the Senate Finance Committee, was among those who condemned the rollback, saying in a statement, "There's no reason whatsoever to pay for relief checks by cutting the incomes of jobless workers."

"We obviously wouldn't set an arbitrary date to cut off access to the vaccine while Covid is still raging," said Wyden, "so why does Mitch McConnell get to sabotage the economic recovery by cutting support for working people and setting arbitrary expirations?"

The notion that Congress can’t give Americans direct checks AND unemployment benefits is a lie. We know that becaus… https://t.co/9neuLCH69n
— Ron Wyden (@Ron Wyden)1608142065.0

As congressional leaders from both parties voiced confidence that they are on the brink of an agreement after months of stagnation, progressives in the House and Senate welcomed the inclusion of direct payments—which they demanded as a necessary component of any deal—but criticized the emerging package as inadequate to address the public health and economic crises ravaging the nation and pushing millions into poverty.

In a speech on the Senate floor Wednesday, Sen. Bernie Sanders (I-Vt.)—who has called for direct payments of $1,200 per adult and $500 per child—said that "there is simply not enough money in the proposal to deal with the unprecedented crises that we now face."

"It is no secret to anybody that right now at this moment in America, we face the worst set of crises that this country has seen in perhaps 100 years," said the Vermont senator. "This bill has a lot in it that is good, but given the enormity of the crises that we face, it simply does not go anywhere [near] far enough... We're gonna fight for more."