'Pandemic piggy bank': Trump-related vendors got millions in COVID aid — while still getting paid by his campaign 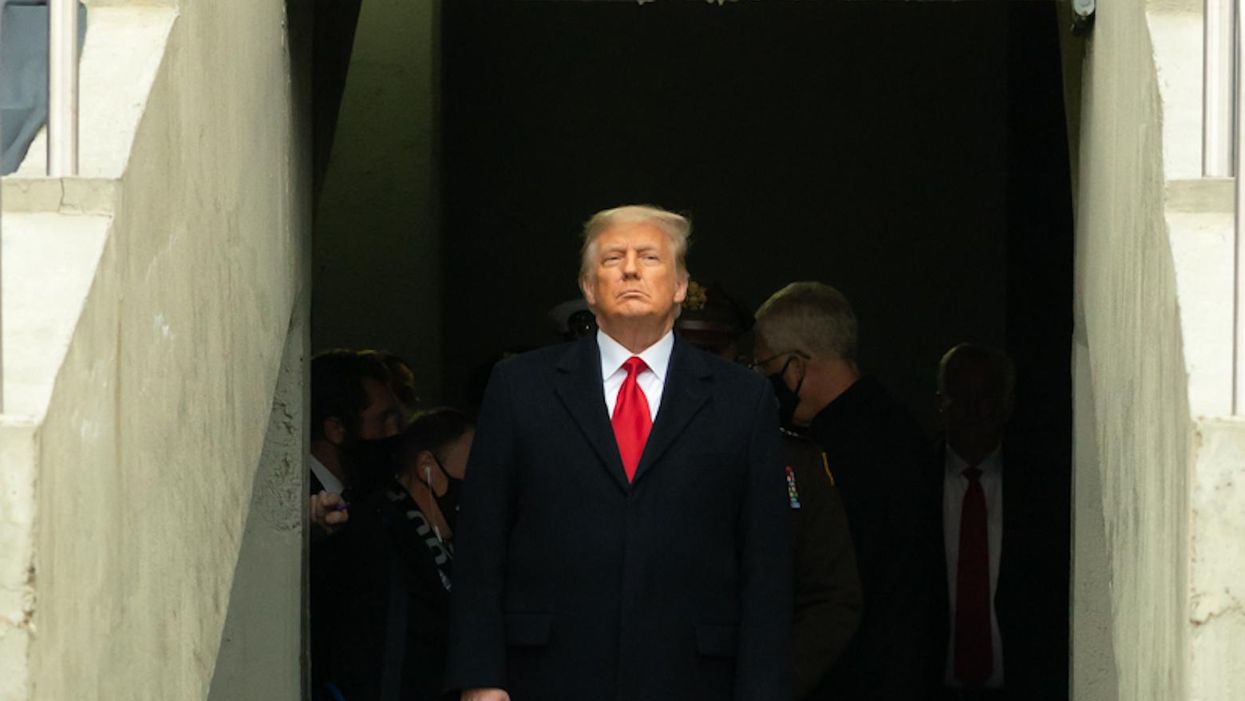 More than a half-dozen Trump campaign vendors received in excess of $7 million in coronavirus small business aid — despite collecting more than $60 million from the campaign.

The Small Business Administration released previously undisclosed Paycheck Protection Program (PPP) data earlier this month, in response to lawsuits from multiple news outlets and government watchdogs. Though the PPP was designed to help small firms, more than half of the funds went to larger businesses, including some linked to President Trump and his son-in-law, Jared Kushner. The data also shows that at least seven Trump campaign vendors, more than previously reported, were awarded $7.5 million despite being paid more than $68 million by Trump committees.

"This program was intended to be a lifeline for mom-and-pop small businesses struggling to keep the lights on and meet payroll," Kyle Herrig, president of progressive government watchdog Accountable.US, said in a statement to Salon. "These companies took millions in tax dollars while lining their pockets with millions more from the Trump campaign. They used PPP as their pandemic piggy bank while those in real need lost out."

Harder LLP, the law firm of Charles Harder — who represented Trump in lawsuits brought by Stormy Daniels, the former adult film star who alleged an affair with Trump, and Alva Johnson, a former campaign aide who accused Trump of forcibly kissing her — received $214,000 under the PPP on April 9. A week later, Harder's firm received a payment of $226,972 from the Trump campaign, FEC records show. The firm has received nearly $3.7 million from Trump's campaign since 2018.

"Harder LLP is a small business that was heavily impacted during the early stages of the pandemic," Harder said in a statement to Salon. "Our revenue dropped and we were forced to cut costs — but because of the PPP loan, we were able to keep everyone at our firm employed. That was the purpose of the PPP loan program. We have since recovered. We will repay the loan, with interest to the American taxpayer, as required by the loan terms."

Harder alleged that many larger law firms who "likely performed work for Democratic Party candidates and campaigns" have received bigger PPP loans while laying off employees.

Jamestown Associates, a Philadelphia-based consulting and media firm, received roughly $353,000 under the PPP on April 8, the same day Trump's campaign paid it $29,000. FEC data shows that the company has received $11,978,379 from Trump's campaign and the Make America Great Again Committee for video production and media services.

Another communications consulting firm, Virginia-based Proactive Communications, received just under $20,000 under the PPP. The aid came about two weeks after the Trump campaign paid it over $73,000 for consulting services. The firm has collected about $2.69 million from the campaign since 2017, according to FEC records.

Some of the loans have been previously reported. Phunware, a Texas-based digital technology company that collects smartphone location data, received an unusually large $2.85 million loan under the PPP, which CBS News noted was "nearly 14 times" larger than the average loan of $206,000. The firm received the loan two days after submitting its application, raising questions about why it was processed so quickly. The loan was granted after the company received nearly $3 million from the Trump campaign last year. It previously earned most of its $31 million in revenue in 2018 from Fox Networks.

FLS Connect, a conservative communications firm based in Minnesota, received a $1.67 PPP loan in April despite collecting more than $5.5 million from the Trump campaign and the Make America Great Again Committee since June, according to FEC data.

The Communications Corporation of America, a Virginia-based direct mail company, received a $1.59 million PPP loan on April 10, about a week before it received two payments from the Make America Great Again Committee totaling more than $800,000. The company has raked in $28,495,181 from the committee and Trump's campaign since July 2016, according to FEC records.

Though the PPP has drawn bipartisan support, data released by the SBA has prompted calls to reform the program if Congress approves another round of funding. A Washington Post analysis of the data showed that more than half the funding for the program went to just 5% of recipients, mostly to big companies and national chains. Meanwhile, smaller firms quickly ran out of money as their loans expired and were forced to lay off workers. Businesses that received PPP loans cut an estimated 900,000 jobs as the funding dried up, according to an analysis by the payroll company Gusto.

An NBC News analysis of the SBA data showed that more than 25 PPP loans worth over $3.65 million went to companies linked to Trump and Kushner, including 15 that reported the loans saved one job or no jobs — or did not report a number at all.

"Many months and broken promises later, the court-ordered release of this crucial data while the Trump administration is one foot out the door is a shameful dereliction of duty and flagrant mismanagement of a program that millions of workers and small businesses needed to get through this pandemic," Herrig told NBC News.

The SBA defended its handling of the program.

"SBA's historically successful Covid relief loan programs have helped millions of small businesses and tens of millions of American workers when they needed it most," an agency spokesperson said in a statement.

"The data shows that this program primarily benefited the well-banked and well-lawyered at the expense of the small businesses it was supposed to benefit," Liz Hempowicz, director of public policy at the nonpartisan watchdog group Project on Government Oversight, told the Post. "Businesses in that top 5% likely have access to other capital. These are not the ones you would traditionally think of as a small business. It really raises questions about what the priorities of this SBA are. … Is it to help small business, or is it to return money to the top segment of the economy?"

"This new data verifies what we have heard directly from our small-business members — that the PPP program advantaged big businesses over small and exacerbated long-standing disparities in access to credit and capital for underbanked communities," Amanda Ballantyne, executive director of the small business advocacy group Main Street Alliance, told the Post.

Ashley Harrington of the Center for Responsible Lending added that the program's fees for banks "incentivized loans to larger businesses because banks could bring in larger fees from those firms. … Funneling the loans through existing SBA-approved lenders, banks and credit unions disadvantaged businesses of color, which have historically lacked access to credit."

Sen. Marco Rubio, R-Fla., and Sen. Ben Cardin, D-Md., have called for the program to be reformed in the next round of coronavirus relief to cap the loans at $2 million instead of $10 million and limit the loans to businesses with up to 300 employees, down from 500, according to the Post. The next round of funding is also likely to require businesses to show they have lost income in order to qualify.

Congress is "certainly in agreement that you want to limit the amount that can be given to these large organizations," Cardin told the Post. "We learned from the first round that [the program] was very effective at getting money out quickly, but those with established banking relationships got to the front of the line, in some cases at the expense of underserved businesses."

Herrig urged the lawmakers to ensure the next round avoids the "mismanagement" and "malpractice" of the first round.

"Only now — after its hand has been forced, hundreds of thousands of small businesses have gone under, and millions of taxpayer dollars were wasted — has this administration pulled back the curtains to reveal the malpractice going on behind the scenes," he told NBC News. "Americans deserved an open, transparent small business aid program when this pandemic started, and any new small business relief program must take a lesson from the abject failures of this one."