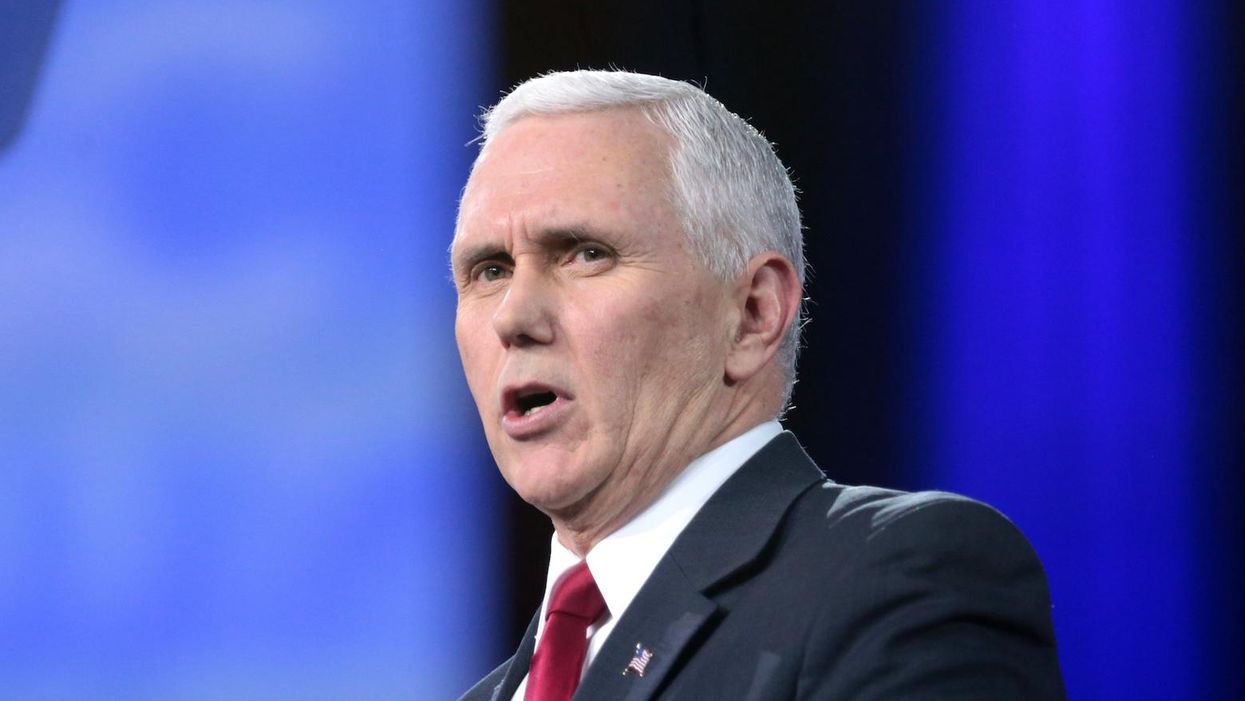 There is a new Dumbest Lawsuit in the Land, and it should not surprise anyone to know that Republican Rep. Louie Gohmert, a man whose battles with coherency and common sense have become the stuff of congressional legend, is the first name on the sheet. According to the lawsuit—which is filed in Gohmert's home district and features the names of Arizona's supposed "alternate" Republican "electors" Kelli Ward, of all people—the manner in which presidential electoral votes have been counted by Congress all these years is completely wrong and unconstitutional.

Instead, Gohmert and the others are filing suit against Vice President Mike Pence. They demand that the District Court for the Eastern District of Texas declare that Pence need not count the electors from the states Donald Trump and his allies do not want counted when Pence presides over the congressional tally of Electoral College votes on Jan. 6. The Constitution, they say, grants Pence the power to throw out votes if he damn well wants to, upon which the election is nullified, the House and Senate meet to pick who the president will be, and in theory that somehow leads to the Democratic-led House somehow agreeing that Donald Murderbuffoon must remain president.

The important thing to know is that lawsuit has roughly zero chance of working, because (1) the Constitution does not say that, (2) the claim that Gohmert has standing because as a congressthing, counting electors he doesn't want counted will make him officially Sad, and (3) all the rest of it. It's a broadly dishonest retread of the previous Dumbest Lawsuit in the Land, with some of the most egregious errors removed and new ones added.

The backstory here, though, is mildly more interesting. Exactly a week ago, Gohmert and a host of Republican fascism-peddlers met with both Donald Trump and Mike Pence to plot out strategies for sabotaging the acceptance of the Electoral College results. House Republicans have been strongly pressuring Pence to cause a scene at the Jan. 6 tally, Donald Trump's pseudolegal bullshitters have been hyping conspiracy theories rallying the base around the same premise, and we can gather that this lawsuit against Pence was either a planned move between House Republicans and Pence to give him plausible deniability for creating a scene or, perhaps more likely, a disgruntled loner move from Gohmert himself after Pence refused to explicitly promise House crackpots that he'd go along with their ridiculous, seditious, and doomed-to-failure plan.

So this is what they came up with. Or, at least, what Rep. Louie Gohmert and Kelli Freaking Ward came up with. We're going to no doubt see different versions appear in coming days from Jim Jordan and Trump's other most willing traitors, but all of it is meant mostly as rube fodder. It is meant to rile the far-right Republican base into believing the election was "illegitimate" based on hoaxes peddled by Republican leaders claiming all manner of conspiracy and fraud.

It's already been made clear that even conservative courts are not going to go along with Republican attempts to stage an outright coup. House Republicans and Trump are instead working to so delegitimize our elections process that the violent far right comes out to do what the courts will not.