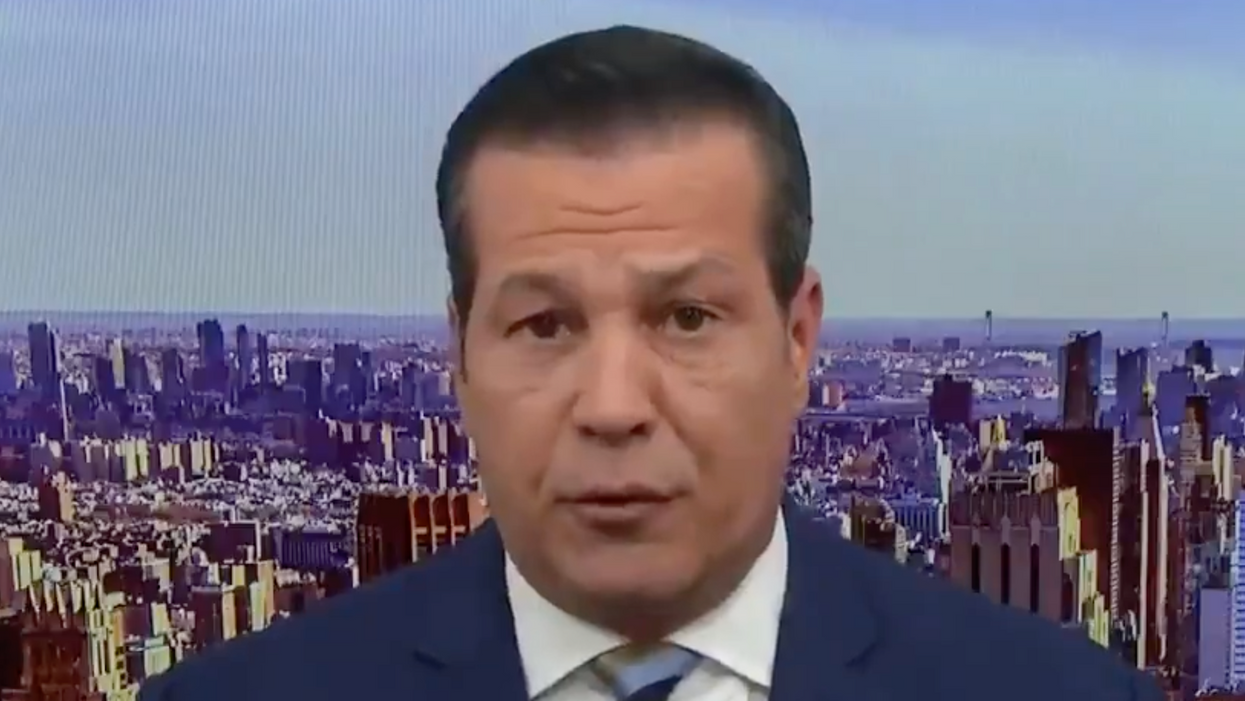 Dominion Voting Systems and Smartmatic have received a great deal of attention as right-wing media figures promote the claims of attorney Sidney Powell and other Trump allies who have made up claims that ballot-counting software stole the 2020 election for Joe Biden. But now Newsmax, which has grown in popularity since the election by elevating President Donald Trump's bogus election fraud claims, has been forced to debunk unfounded claims about Smartmatic and Dominion stealing the election, much of to the chagrin of its own readers and viewers.

Host John Tabacco explained: "Since Election Day, various guests, attorneys and elected officials have appeared on Newsmax and offered opinions and claims about Smartmatic and Dominion Systems — both companies that offer voting software in the U.S. And Newsmax would like to clarify its news coverage and note that it has not reported, as true, certain claims made about these companies. There are several facts our viewers and readers should be aware of."

An article published on Newsmax's website offers some more clarifications — for example, "Dominion has stated its company has no ownership relationship with the House Speaker Nancy Pelosi's family, Sen. Dianne Feinstein's family, the Clinton family, Hugo Chavez, or the government of Venezuela. Neither Dominion nor Smartmatic has any relationship with George Soros."

Powell has claimed that Dominion's equipment was used in Venezuela to the advantage of the late Huge Chavez. But Dominion, in response, stressed that its equipment has never even been used in that country. And Newsmax's article noted, "Smartmatic is a U.S. company and not owned by the Venezuelan government, Hugo Chavez or any foreign official or entity. Smartmatic states it has no operations in Venezuela."

Newsmax TV, like One American News, has been promoting itself as more favorable to President Donald Trump than Fox News. The viewers have clearly gotten used to this positioning, though, and comments on the outlet's site suggest many are angry that the outlet has been forced to defend Dominion and Smartmatic — almost certainly because Smartmatic has threatened legal action.

"Newsmax is so WEAK," said one commenter in response to the article fact-checking claims about the voting systems.

"Now I learned, that NewsMax is just a part of the DeepState, supporting the cheaters and trying to wipe the traces of the vote-stealing..." said another. "What a pity, I almost thought that this channel will be the the new Robin Hood of news agencies... So they will be not."

One commenter with the name Flacon2325 said: "WAY over 300 SWORN affidavits ARE evidence of illegal activity but the liberals everywhere just ignore the truth. They are not after Justice . They are after POWER!"