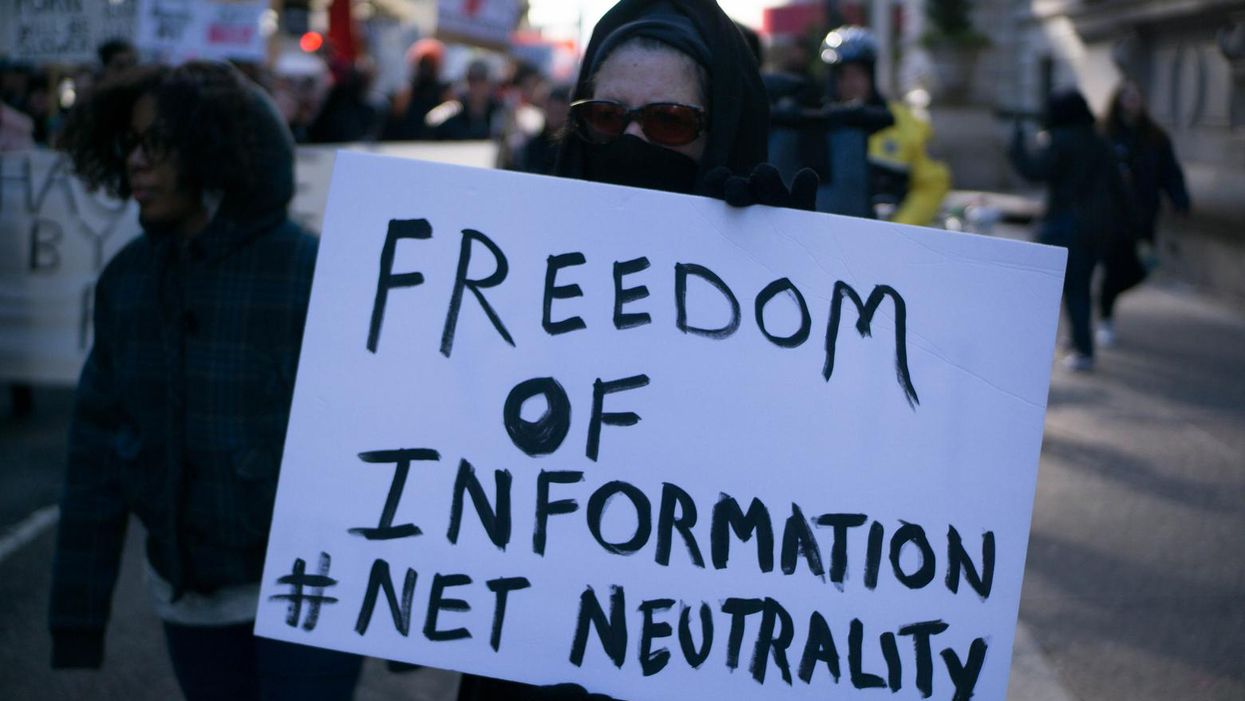 Have a few minutes of celebration that Federal Communications Commission (FCC) chairman and net neutrality killer Ajit Pai is stepping down and leaving the agency on Jan. 20. But only a few minutes, because what he and the Republican Senate have cooked up could keep net neutrality from becoming a reality that again has to be fought for.

Pai's departure coincides with fast-tracking the nomination of Nathan Simington. What appears to be happening here is that the Senate is trying to jam Simington on to the FCC now so that when Pai steps down in January, the FCC will be hamstrung 2-2: two Democratic commissioners and two Republicans. They're engineering it so that Senate Republicans could block a nominee from President-elect Joe Biden.

Simington has been Trump's accomplice in trying to limit free speech on the internet, or as Techdirt says, "the guy who wrote the utterly nonsensical, blatantly unconstitutional Executive Order that President Trump signed after he got mad that Twitter placed two fact checking notices on his dangerous and misleading tweets." On his way out the door, Pai gave the green light to rule-making around Trump's executive order, saying that the FCC's counsel said it has legal authority to gut the protection in Section 230 of the Communications Decency Act that shields tech platforms (like this one) from being held liable for what their users say on those platforms.

Section 230, in actuality—as Gaurav Laroia and Carmen Scurato, senior policy counsel at Free Press write—is "key to preserving free expression on the internet, and to making it free for all, not just for the privileged. Section 230 lowers barriers for people to post their ideas online, but it also lowers barriers to the content moderation choices that platforms have the right to make."

It's critical to fighting hate speech online, and "modifying or even getting rid of these protections would not solve the problems often cited by members of Congress who are rightly focused on racial justice and human rights. In fact, improper changes to the law would make these problems worse."

It's not clear whether Pai will have time to make the rule cementing Trump's executive order. What is clear is that his departure sets up a disaster for the Biden administration at the FCC. During a pandemic in which the internet is essential.